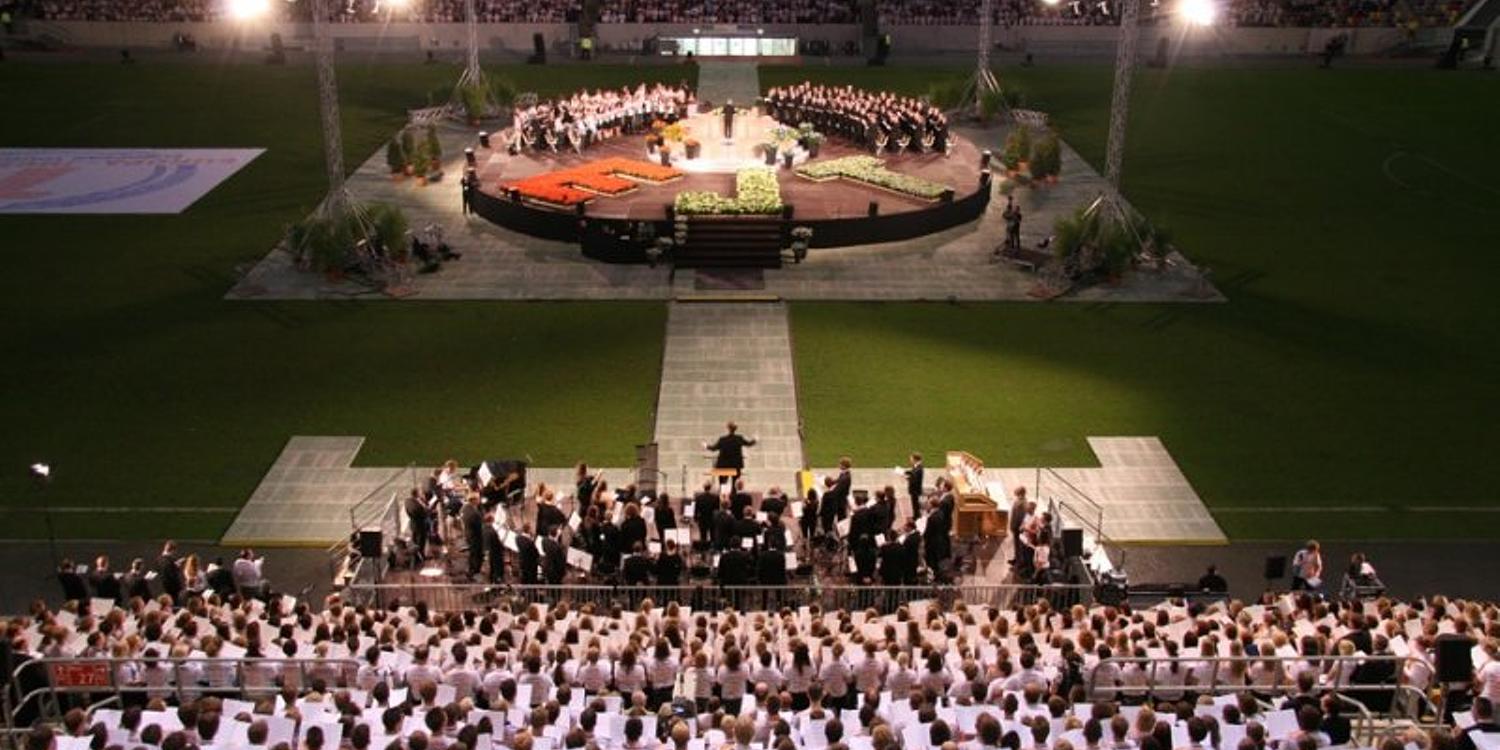 Closing divine service in Düsseldorf: “What is the prime focus of your life?”

Düsseldorf. Some 46,000 people, most of them young people between the ages of 14 and 30, attended the concluding divine service of the European Youth Day 2009 sponsored by the New Apostolic Church. “What is the prime focus of your life? What is your top priority?” asked the international Church leader, Chief Apostle Wilhelm Leber, as he addressed the large crowd assembled around him in the LTU-Arena. His four responses to this question were: to please the Lord, to serve the Lord, to serve as a blessing for others, and finally to participate in the day of Christ’s return.

In his sermon the Chief Apostle went on to note that it is necessary to “reach forward” in order to achieve these goals, as they will not simply happen on their own. He based the divine service on a passage from Philippians 3: 13: “Brethren, I do not count myself to have apprehended; but one thing I do, forgetting those things which are behind and reaching forward to those things which are ahead.” As he served, he made it clear how he understood this Bible passage: it is possible to please God through faith and trust in God. “Serve the Lord by engaging your own strength. Use your gifts and talents!” he appealed to his listeners. “It is also possible for young people to be a blessing to others by professing their faith,” he went on to note. “And as a final point: become worthy for the day of the Lord! To this end, follow Jesus Christ - also in His messengers. The ministers are there to help you in developing faith and joy,” he said as he concluded his sermon.

District Apostles Leonard Kolb (USA), Urs Hebeisen (South East Asia), and Bernd Koberstein (Germany) each addressed the young congregation in turn, as the Chief Apostle called upon them to contribute to the service.

Before the celebration of Holy Communion, the Chief Apostle also addressed a special message of greeting to the representatives of the United Apostolic Church (UAC) in attendance in this divine service. He acknowledged that mistakes had been made in the past - also on the part of the New Apostolic Church. He also made a point of apologising for these.

After the divine service, the Chief Apostle bid farewell to the many thousands of young people who had gathered in Düsseldorf from all across Europe, and declared that the European Youth Day 2009 had now come to its official conclusion.

For more impressive reports on this monumental event sponsored by the New Apostolic Church, please visit the website of the European Youth Day 2009. 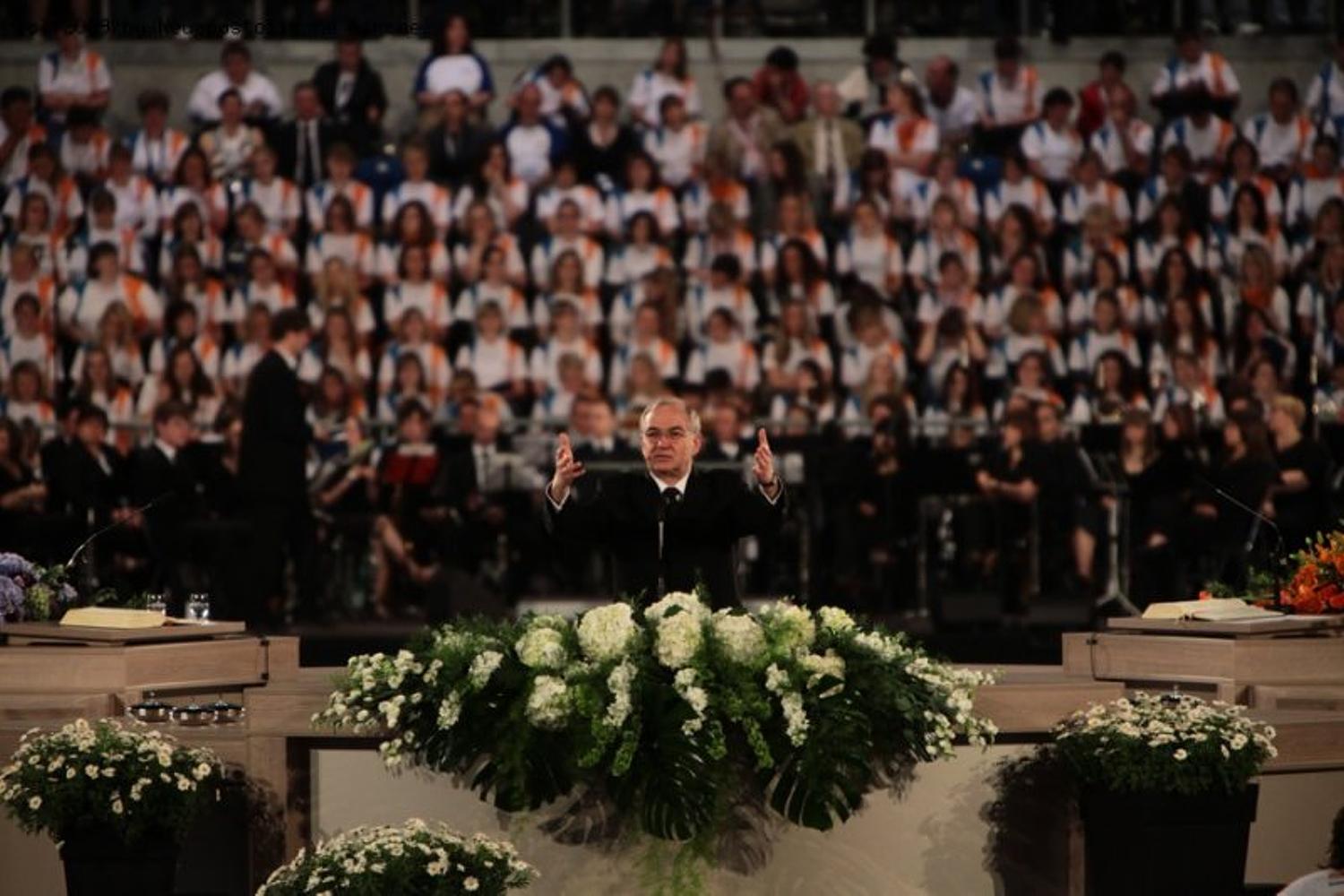 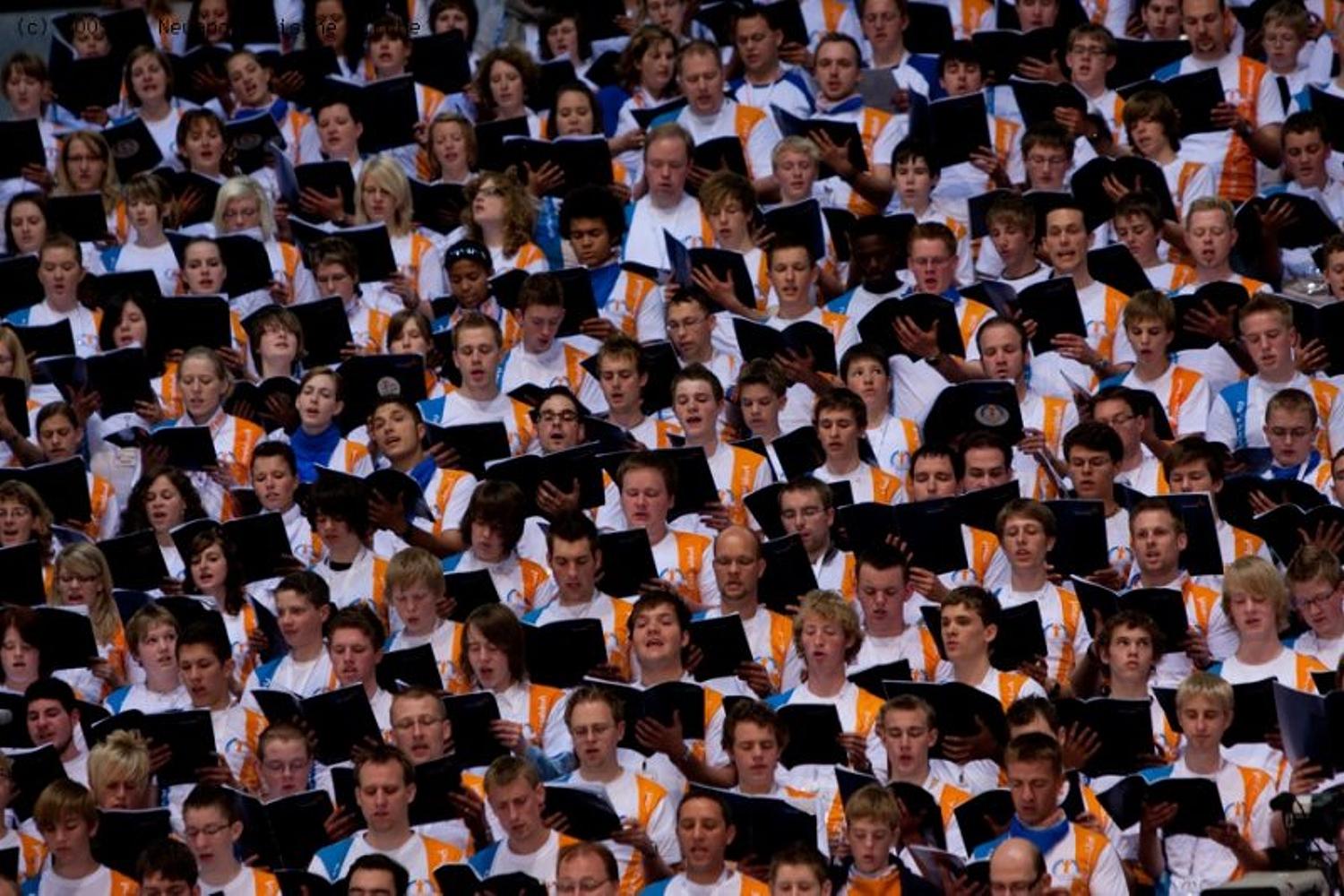