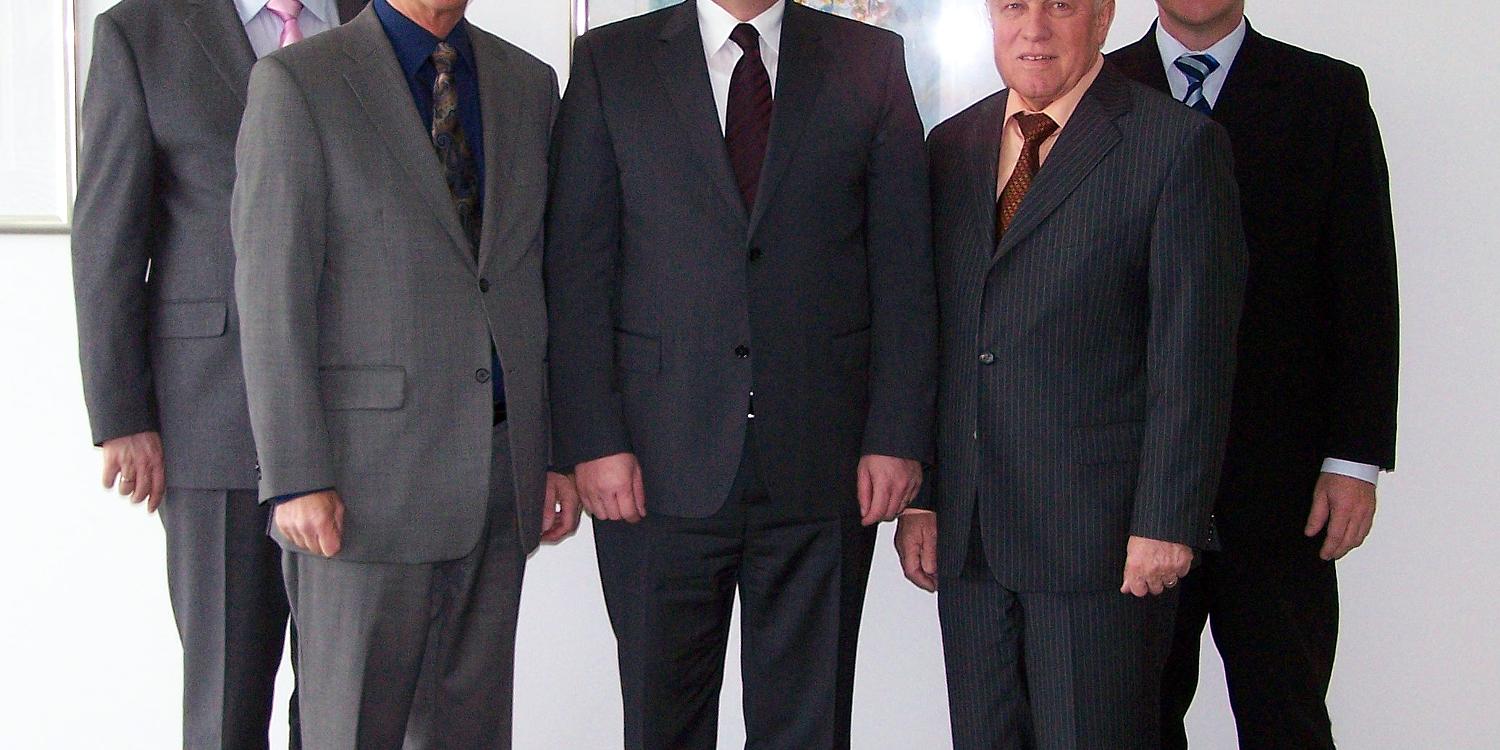 Zurich. Paul Imhof is the newest member of the “Ecumenism” Project Group of the New Apostolic Church. The 61-year-old Bishop from Switzerland has been appointed to the group to replace Bishop Hanspeter Nydegger, who retired from ministry in October 2006. The Project Group’s chairman, Apostle Volker Kühnle, festively presented the Chief Apostle’s letter of appointment to Bishop Imhof by commission of the Chief Apostle, and welcomed him with warm and inviting words.

In his first speech, Bishop Paul Imhof made it clear that he is very concerned about treating other confessions with esteem and respect. His wish - summarised into a single sentence- is as follows: “We seek to preserve all things Christian, while respecting our own identity.”

Hanspeter Nydegger has been involved in the group’s work since March 2002. He was festively retired from ministry in October 2006, but continued working along with the group for some time, as is often the case in the context of Project Group work in the New Apostolic Church. Apostle Volker Kühnle thanked him warmly for his dedicated collaboration and the valuable impulses that resulted from it.

The PG “Ecumenism” was established in October 1999 by the then Chief Apostle Richard Fehr. Its chairman is Apostle Volker Kühnle (NAC Southern Germany). Working with him in the group are Apostle Rolf Wosnitzka (NAC Central Germany) and District Evangelist Peter Johanning (NACI). Bishop Paul Imhof (NAC Switzerland) is the latest addition to the group.