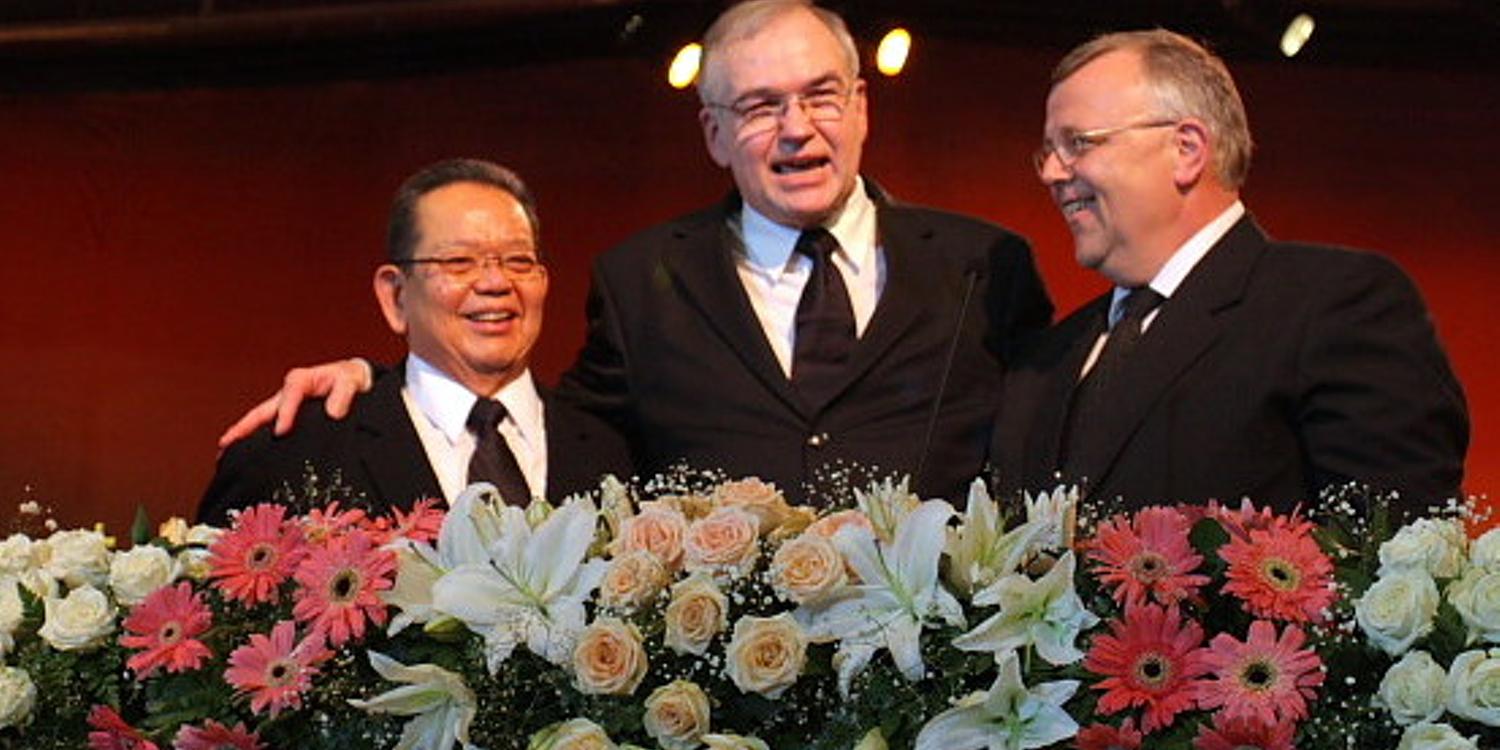 Yogyakarta/Zurich. An era has come to an end: for 23 years, District Apostle Alfons Tansahtikno was responsible for the New Apostolic Church in Indonesia. As of Sunday, 18 January 2009 he will enjoy a richly deserved retirement. His successor in ministry is District Apostle Urs Hebeisen (56) who will now not only lead the Church in Indonesia, but also many other countries of South East Asia.

Chief Apostle Wilhelm Leber, the international leader of the New Apostolic Church, had travelled to Yogyakarta in order to discharge the long-serving Indonesian District Apostle Tansahtikno (65) into a well-earned retirement. He especially emphasised the latter’s steadfastness and strong conviction of faith. He was already serving as a Deacon in a city congregation in Bandung at the age of 16. In 1985, the then District Apostle Richard Fehr ordained him a District Apostle for Indonesia by commission of Chief Apostle Hans Urwyler, who had fallen ill. Alfons Tansahtikno has thus worked as a minister of the Church for 49 years—a long time indeed! His life’s motto is: “All that the Lord has spoken, I will do” (cf. Exodus 19: 8). In a country with over 200 million inhabitants, of whom only about nine percent belong to Christian churches, this is no easy task. In his thanks to the retiring District Apostle, Chief Apostle Leber expressed: “You have tended and nurtured the flock of Christ as a loving and kind shepherd. You can be assured of the Lord’s reward and our heartfelt thanks.”

Chief Apostle Wilhelm Leber conducted the festive divine service in Yogyakarta’s Grand Pacific Hall. He based the service on a passage from Colossians 1: 28, and called upon the brethren to remain steadfast in faith, following, oneness, love, and hope.

On Monday the international Church leader flew on to Sumatra, where he conducted a divine service in the afternoon. Following this is a very strenuous leg of the journey which will take him to North Indonesia where he will conduct another divine service.