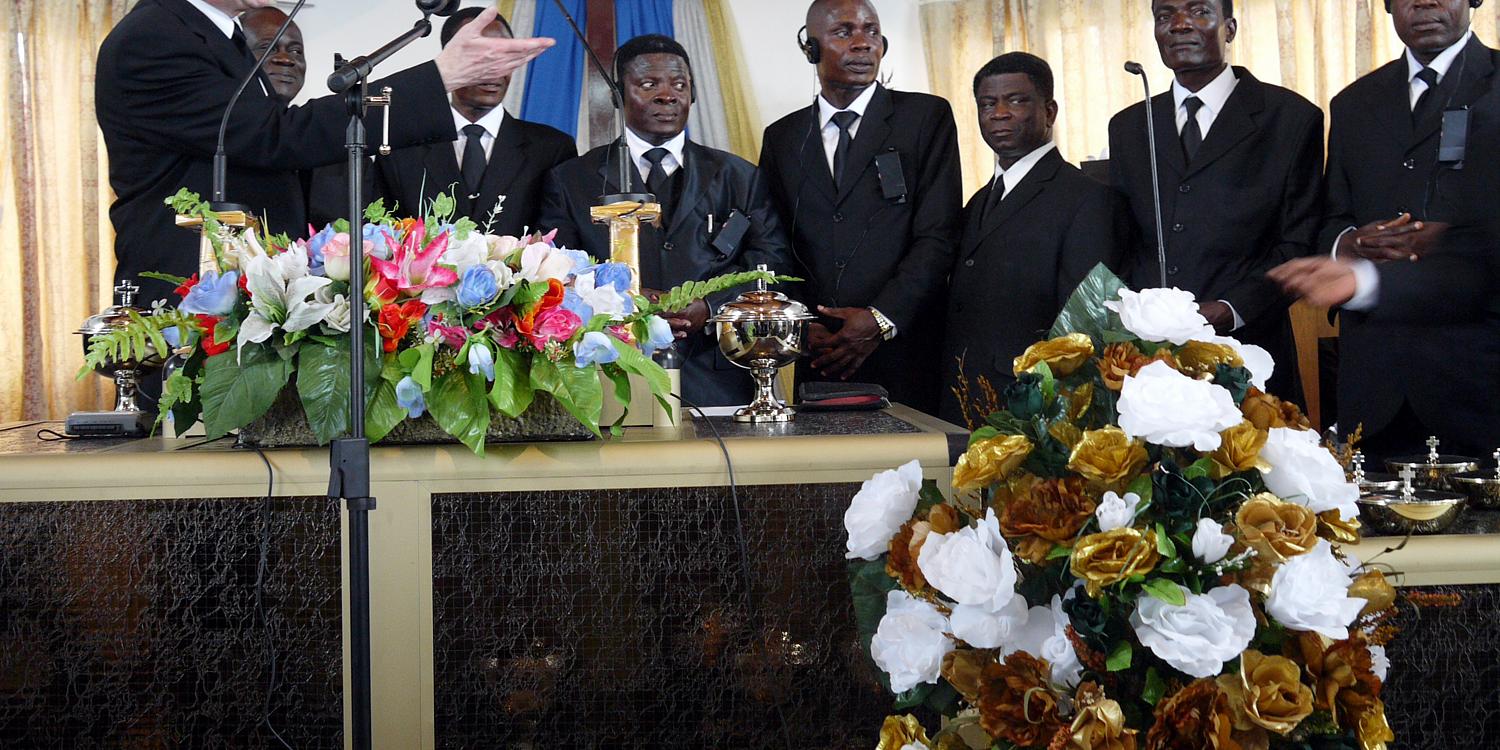 Zurich. Benin and Togo are two neighbouring states on the west coast of Africa. There the work of the New Apostolic Church is directed from Germany, where the New Apostolic District Church of Southern Germany is responsible. During his trip to West Africa from 13 to 19 November 2008, international Church leader Chief Apostle Wilhelm Leber ordained several Apostles and Bishops for the two countries. There were also some changes for the District Church of Nigeria.

For the Church in Benin, the Church leader ordained a new Apostle and two new Bishops. Kuessivi Justin Olou (43) will now serve as an Apostle. Atadé Paul Ahlinkou (35) and Michel Akogbegnon (43) received the Bishop ministry. They will take over the work of Bishop Wawa André Olou, who was given a well-deserved retirement on account of his high age. Bishop Olou had done the work of a pioneer for many years. Chief Apostle Leber commended his loving and joyful manner. Owing to his personal authority and charisma, he had been considered something of a “father figure” in the country.

There were also some new ministerial gifts for the Church in Togo: Komlan Abalo (52) was ordained an Apostle, and Sedjro Kogjo Amevoh (49) and Kossivi Edo Kloutse (41) will from now on work as Bishops. At the same time, both Apostle Yaovi Mawuli Afoutou and Bishop Toto Michel Dayalor retired from active ministry. Both men had served as ministers of the Church for years, and had worked as tireless, joyful witnesses of the gospel, said the Chief Apostle during their retirement.

There were also changes in the large District Church of Nigeria. Both Lekie Baovi and Efiong Asuquo Ekpenyong received the Apostle ministry, while Isaac Akintayo Adelabu, Samuel Banuna, Itoaypine Emmanuel Hagher, Chima Opara Ibekwe, and Yohanna Magaji were ordained as Bishops. Here too there were some retirements from active ministry, namely Apostle Okuyk Uwah and Bishop Julius Omeh.