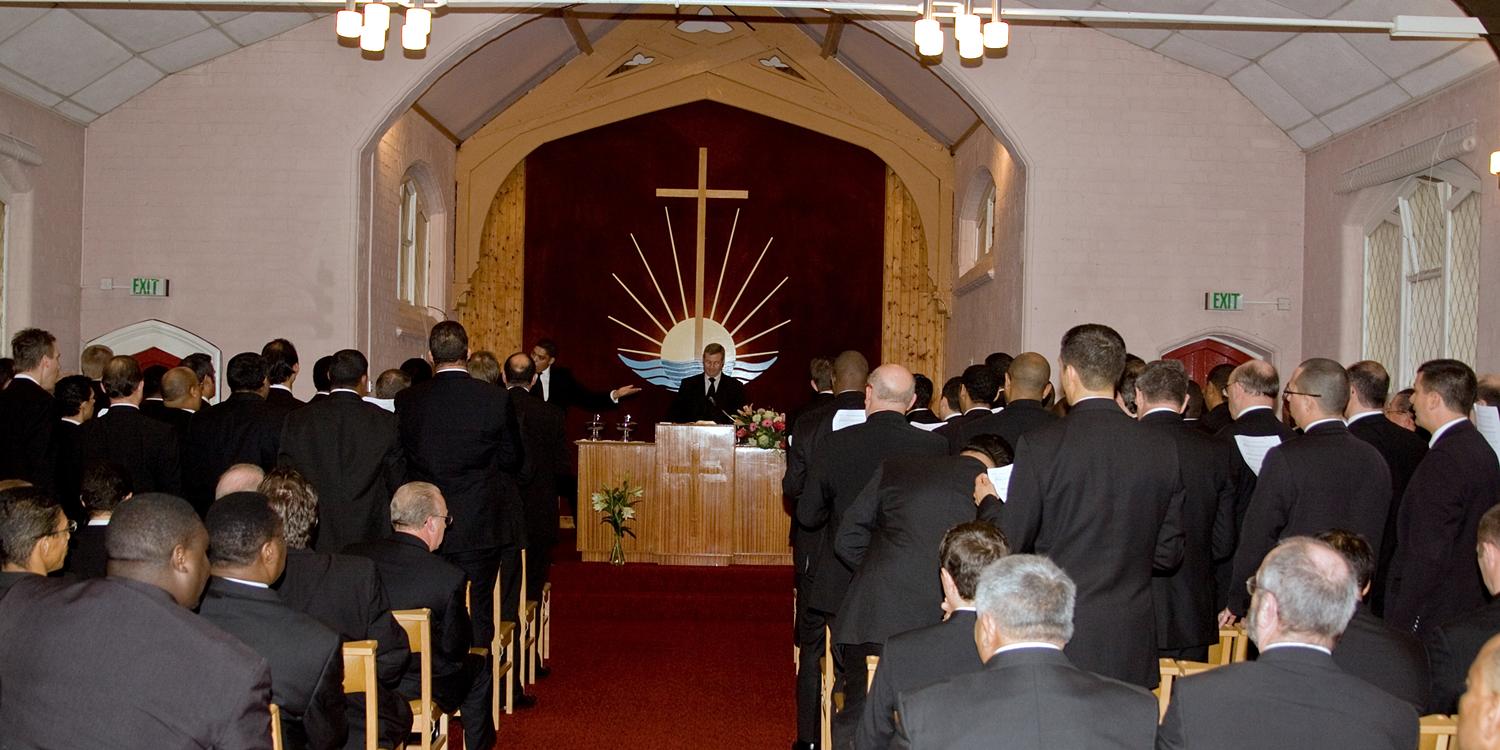 District Church of the UK to be served from Hamburg

Hamburg. The New Apostolic Church in the United Kingdom and Ireland will be served from Hamburg starting in spring 2009. Chief Apostle Wilhelm Leber has asked the two District Apostles Leonard Kolb (USA) and Karlheinz Schumacher (Northern Germany) to realign the various areas of responsibility within the District Church. Last Sunday, the members of the United Kingdom were informed about the change by way of a letter from their current District Apostle.

For many decades, the administrative care of the New Apostolic Church’s work in Great Britain, Northern Ireland, and Ireland had been the responsibility of the New Apostolic Church USA. The time had now come to reassign this region, said the letter from District Apostle Kolb, who had been ordained as the new leader of the Church in the USA at the start of October. He explained that many things have changed over the last few years: the United Kingdom and Ireland have become member states of the European Union, the links between the European mainland and the island are much closer and faster, and the English language is widely spoken throughout Europe. The letter goes on to mention that the international Church leader, Chief Apostle Wilhelm Leber, feels that the time has come to transfer the administrative care of the District Church of the United Kingdom to District Apostle Karlheinz Schumacher.

In a district service scheduled to take place on 15 February 2009, District Apostles Kolb and Schumacher plan to make the transfer official. In the weeks following the service, there will be a gentle transition of responsibilities in all areas of the Church’s work. Apostle Rüdiger Krause from Hamburg, who is the newly assigned Apostle for the District Church, will conduct a number of divine services throughout the Isles together with the formerly responsible Apostle Reinhard Hecht from the USA.

In his letter, District Apostle Kolb thanks his brethren in faith expressly for the beautiful time they had been able to enjoy together: “A close bond of love has come into being, which will bind us together forever,” he writes.