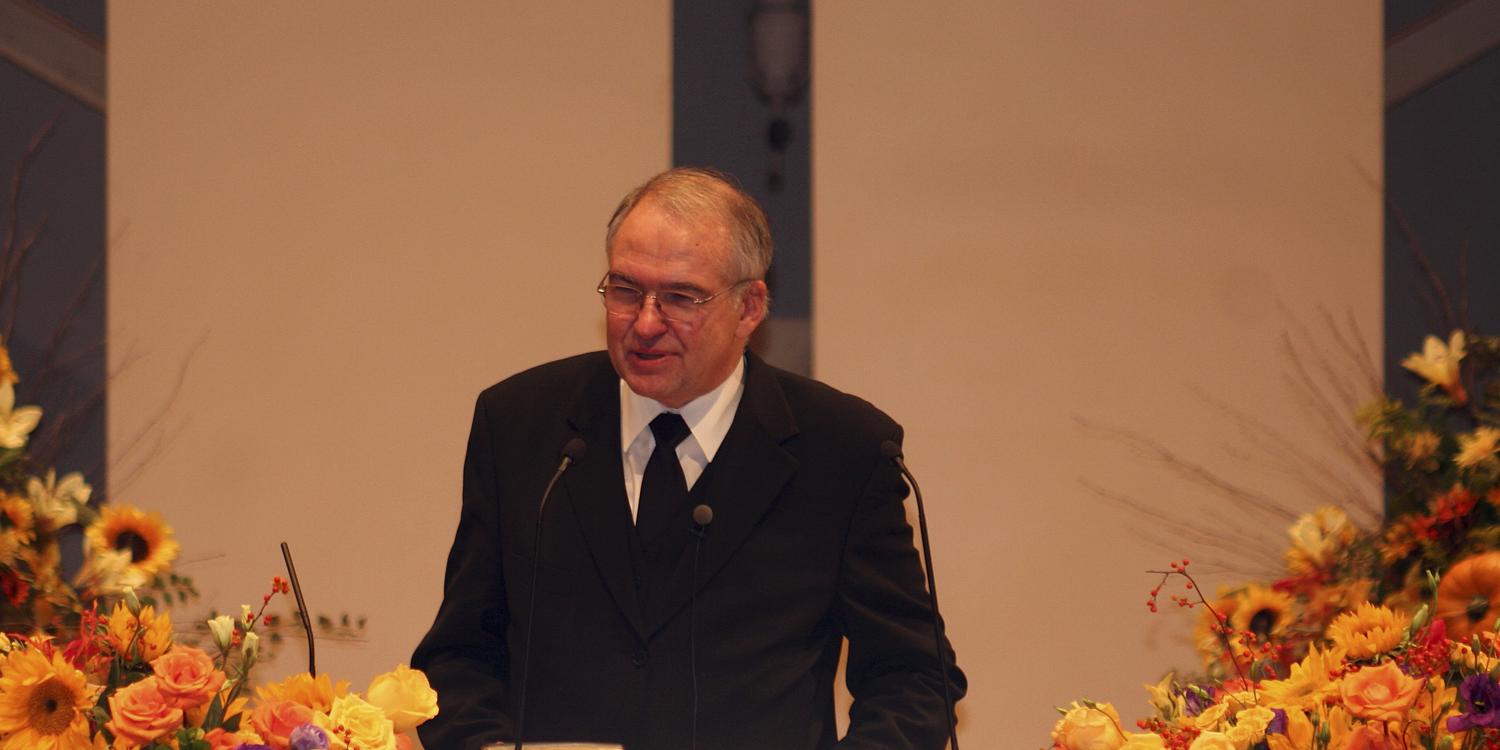 Leonard Kolb is the new District Apostle for the USA

New York. Leonard R. Kolb (52) will from now on lead the New Apostolic Church USA as District Apostle. Prior to ordaining him, Chief Apostle Wilhelm Leber retired District Apostle Richard Freund (68) who had served for many years as a minister. “You have served the Lord faithfully for 50 years. For this I would like to thank you.” Some 1,000 participants had gathered in New York’s Tilles Center to witness the special act. Congregations throughout the USA, Puerto Rico, the United Kingdom, and the Republic of Ireland were also connected via satellite.

The international Church president thanked the retiring District Apostle with emotional words. He acknowledged the beautiful gifts with which the District Apostle had served the brethren in the USA, namely the fear of God, modesty, and a heart filled with love toward all. District Apostle Freund had been a minister of the New Apostolic Church for over 50 years and had also travelled often to missionary regions. Over the last eight years he had charted the course of the Church in the USA as District Apostle. He had been ordained to this ministry in May 2000.

With festive words the Chief Apostle welcomed District Apostle Freund’s successor in ministry, District Apostle Leonard Kolb (52), into the circle of international Church leaders, all of whom had come to New York. “At your side you have many helpers who will support you,” he said, and then went on to wish the new District Apostle much divine blessing in both spiritual and administrative matters, as well as nearness of heart to all Church members.

Chief Apostle Leber based his sermon on an excerpt of a passage from 1 John 5: 18: “We know that whoever is born of God does not sin; but he who has been born of God keeps himself, and the wicked one does not touch him.” The theme that God means well with us human beings wound its way through the divine service like a golden thread.

The day before, 11 October 2008, a large festive congregation had gathered for a special concert in the Tilles Center. Choirs, orchestras, and soloists gave an excellent performance with works of American and European musical literature. Following the concert, the listeners were treated to a little presentation on the life and activity of their retiring District Apostle. When it was over, Chief Apostle Leber expressed: “Not only does your name mean ‘friend’, you really are a friend!”

Today - Monday, 13 October 2008 - Chief Apostle Wilhelm Leber set off for Buenos Aires, where he plans to conduct a memorial service on Wednesday evening to mark the sudden passing of District Apostle Norberto Batista. 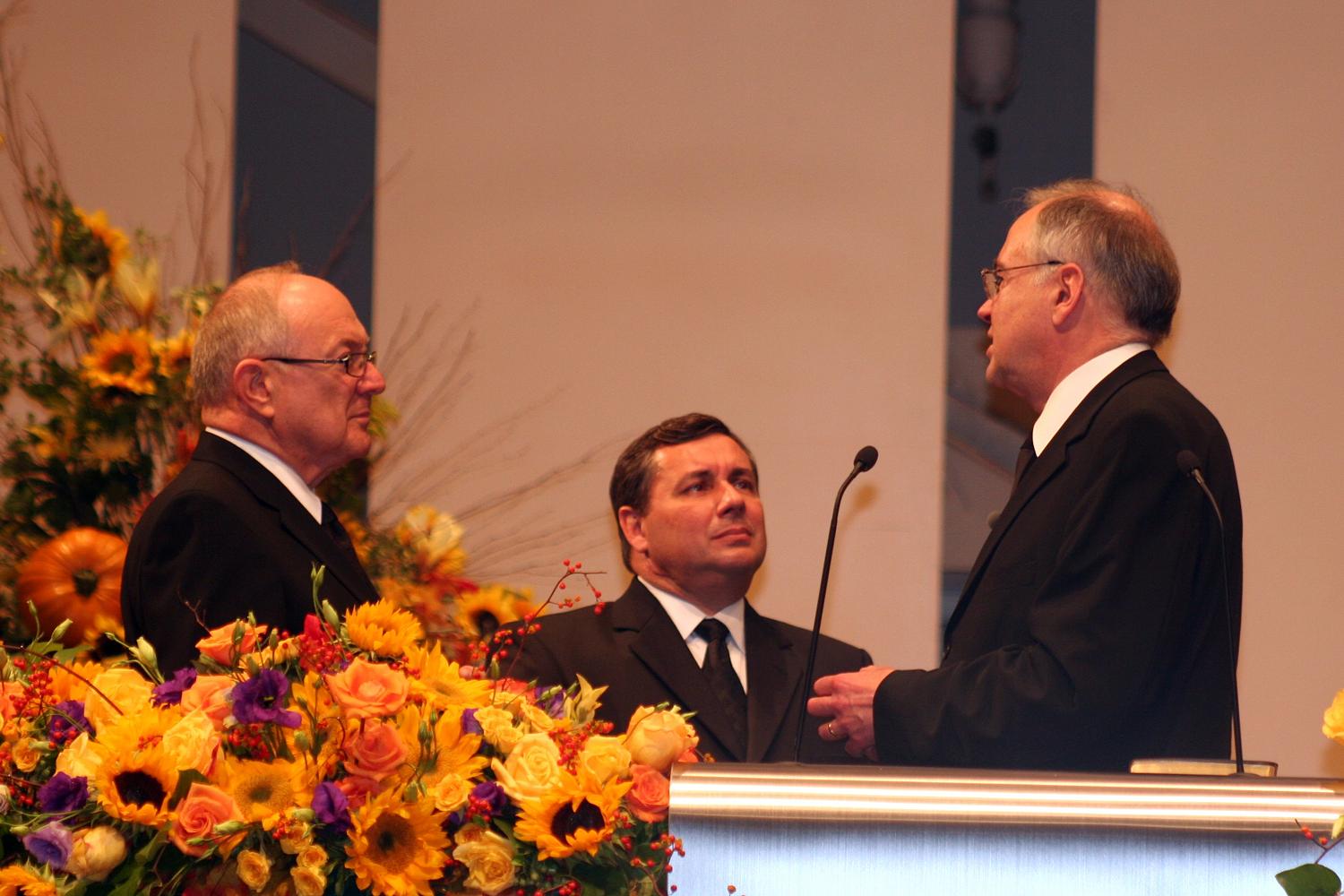