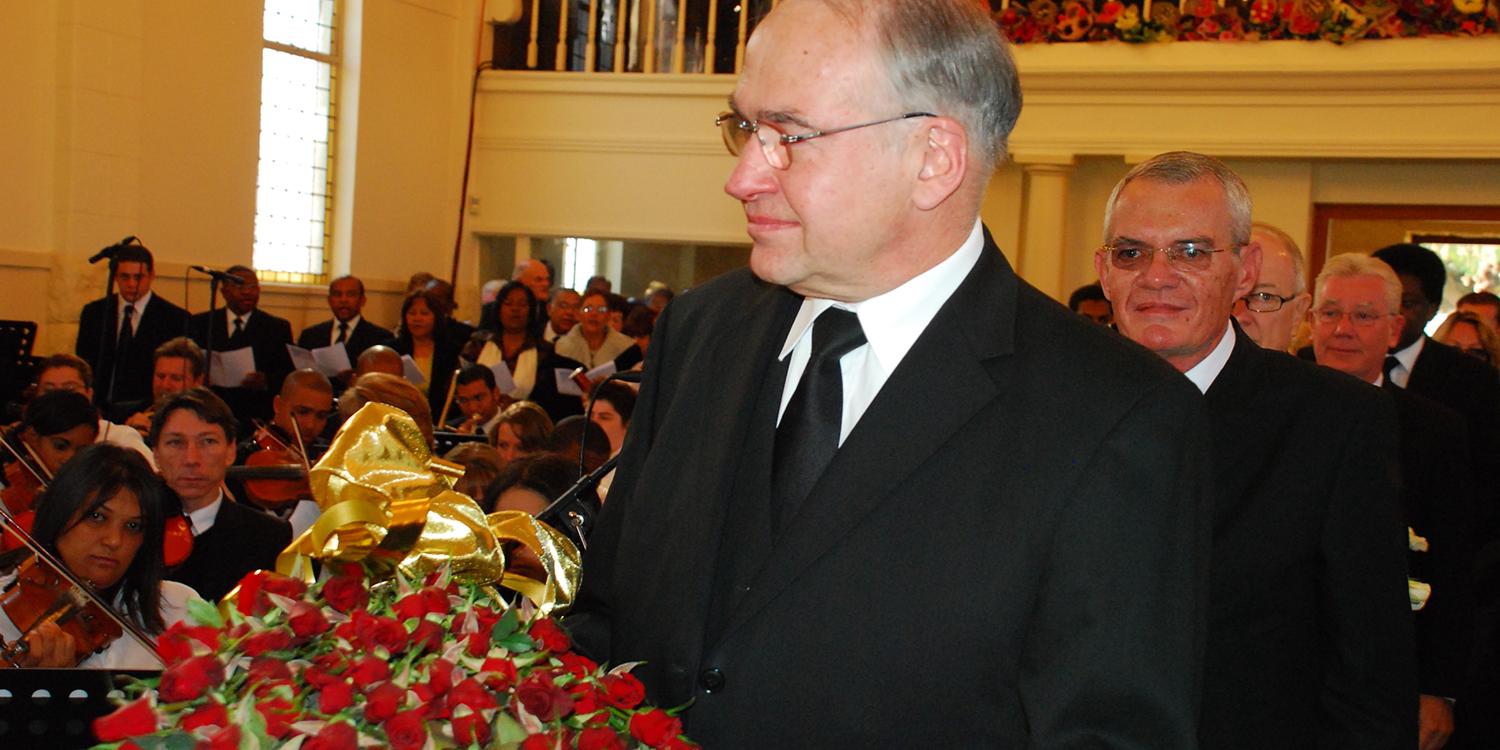 A weekend of great movement

Pretoria, South Africa. A weekend of great movement in South Africa - that was how Chief Apostle Wilhelm Leber summarised his trip to Pretoria. On Saturday, the international Church leader attended a choral concert in Johannesburg’s West Park Cemetery, where over 200,000 people of various nationalities lie buried. The service for the departed took place on Sunday in the Pretoria-Central congregation.

The Chief Apostle and his companions, who laid flowers at the altar before the divine service, as did many brothers and sisters, were very moved by the great emotion of the large congregation.

During the divine service, the Church leader ordained some new ministerial gifts for the District Churches of Madagascar, Mozambique, and South East Africa. Arsene Randrianarison (45) and Felix Ratsimbazafy (43) were ordained as Bishops for Madagascar, where they will care for over 60,000 members. Bernardo Cinco-Reis (43) and Rafael Marucha (39) will from now on work as Apostles in Mozambique, where they will be supported by Artur Alfazema (42) and Azarias Matsinhe (42) who were ordained as Bishops. Eight Apostles are already active in this country, where they see to the pastoral care of some 120,000 members. However on account of the country’s size of approximately 800,000 square kilometres, the individual working areas were too large and needed to be reduced, according to the Chief Apostle.

You can read further News from the District Church on the website of the New Apostolic Church South East Africa.