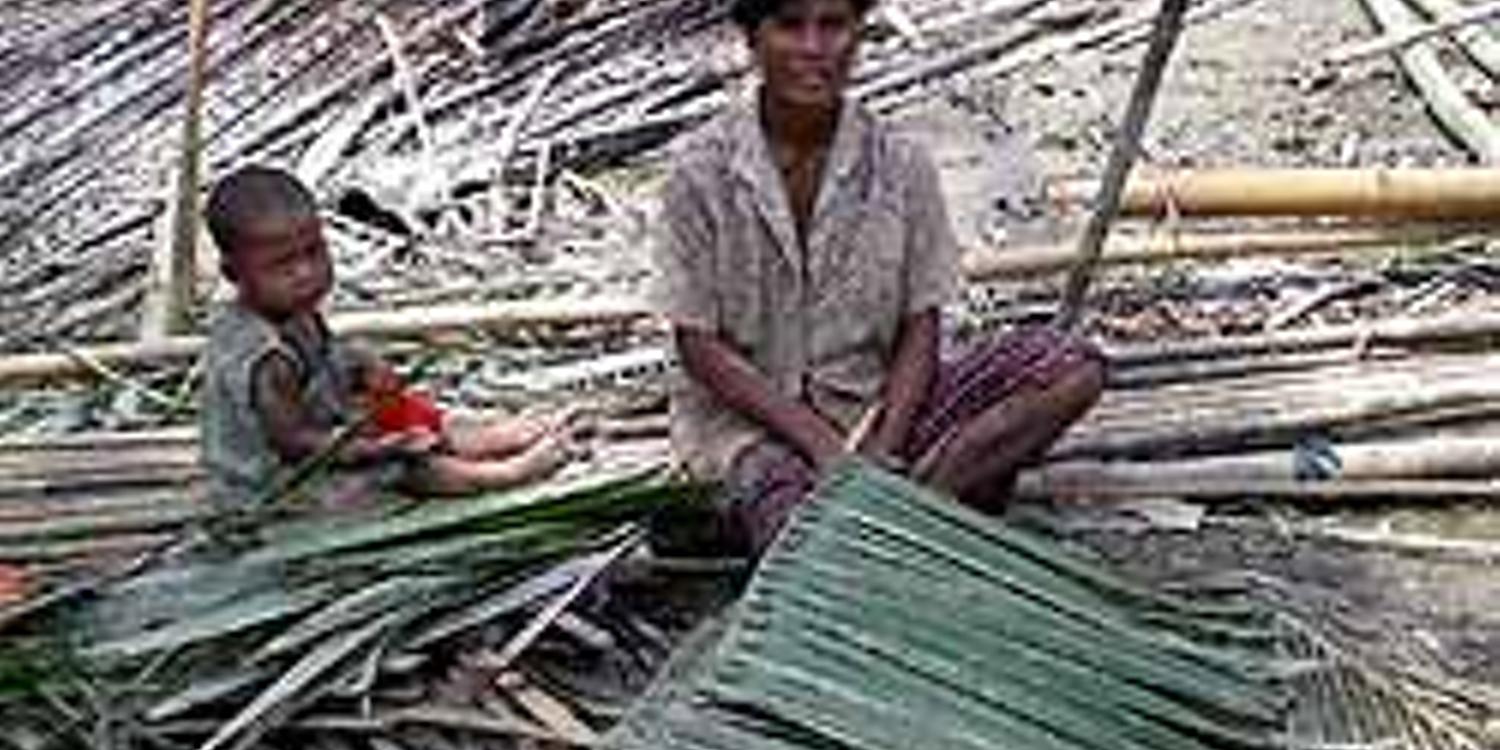 Support for flood victims begins to arrive in Burma

Despair and bewilderment: A young mother and her child contemplate the ruins of their home (photo: German Agro Action)

Dortmund. NAK-karitativ, the relief organisation of the New Apostolic Church, has after much hesitation decided to support the emergency relief efforts of German Agro Action in Myanmar (Burma). The emergency relief funds earmarked for this contribution amount to some 50,000 Euros, which will finally come to the aid of the victims.

The board of NAK-karitativ had well-founded reservations about sending a financial contribution: the political situation, the country’s inhumane regime, and the uncertainty as to whether the aid would even reach the disaster victims. It was only after a report from German Agro Action staff arrived directly from the disaster area that this assessment was changed.

Ralph Dickerhof, the responsible coordinator of German Agro Action, reports as follows: “Three sets of tired, sad eyes are looking at me. These Burmese colleagues returned last night from the city of Bogale. They are part of the first team sent in by German Agro Action who had dared to make the journey south eight days ago in order to find out how and where we might be able to help there. (…) Two weeks after the devastating tropical storm, we have managed to establish a very functional supply chain. Here in Yangon, the former capital of Myanmar, we have been able to acquire the relief supplies—at astonishingly stable and favourable prices for the time being. As a result we have not yet had to import any materials by aircraft—and are thus able to save some time, money, and energy. (...) Five rented trucks now comprise a shuttle service. They are loaded daily with approximately five tons of supplies and driven to the city of Bogale. The trip takes at least five hours. Streets flooded by tropical rains, along with rotten wooden bridges and control points, create obstacles along the way. For foreigners this is usually the end of the road, but so far the military checkpoints have fortunately not caused any problems for our local workers or relief supplies.” 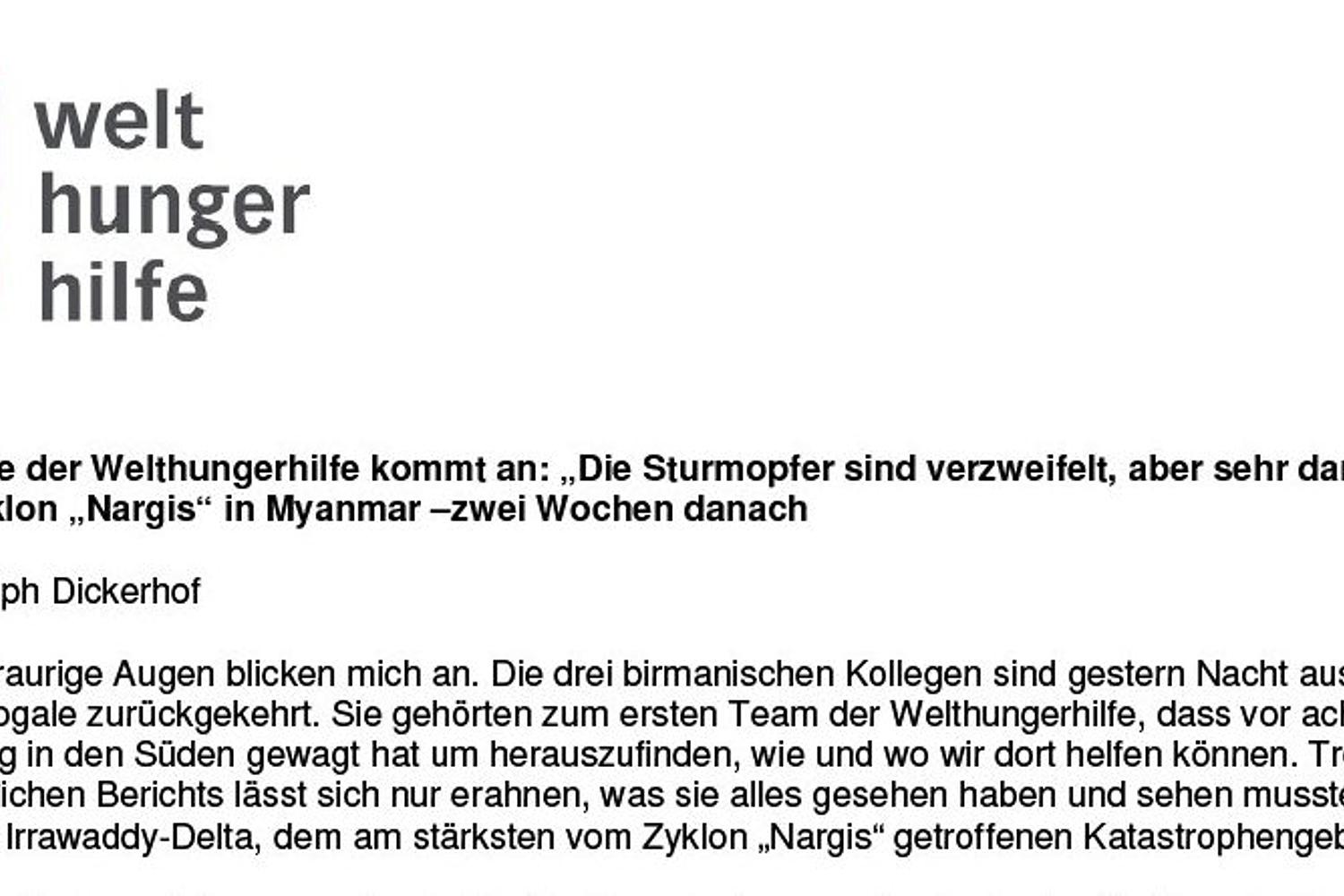