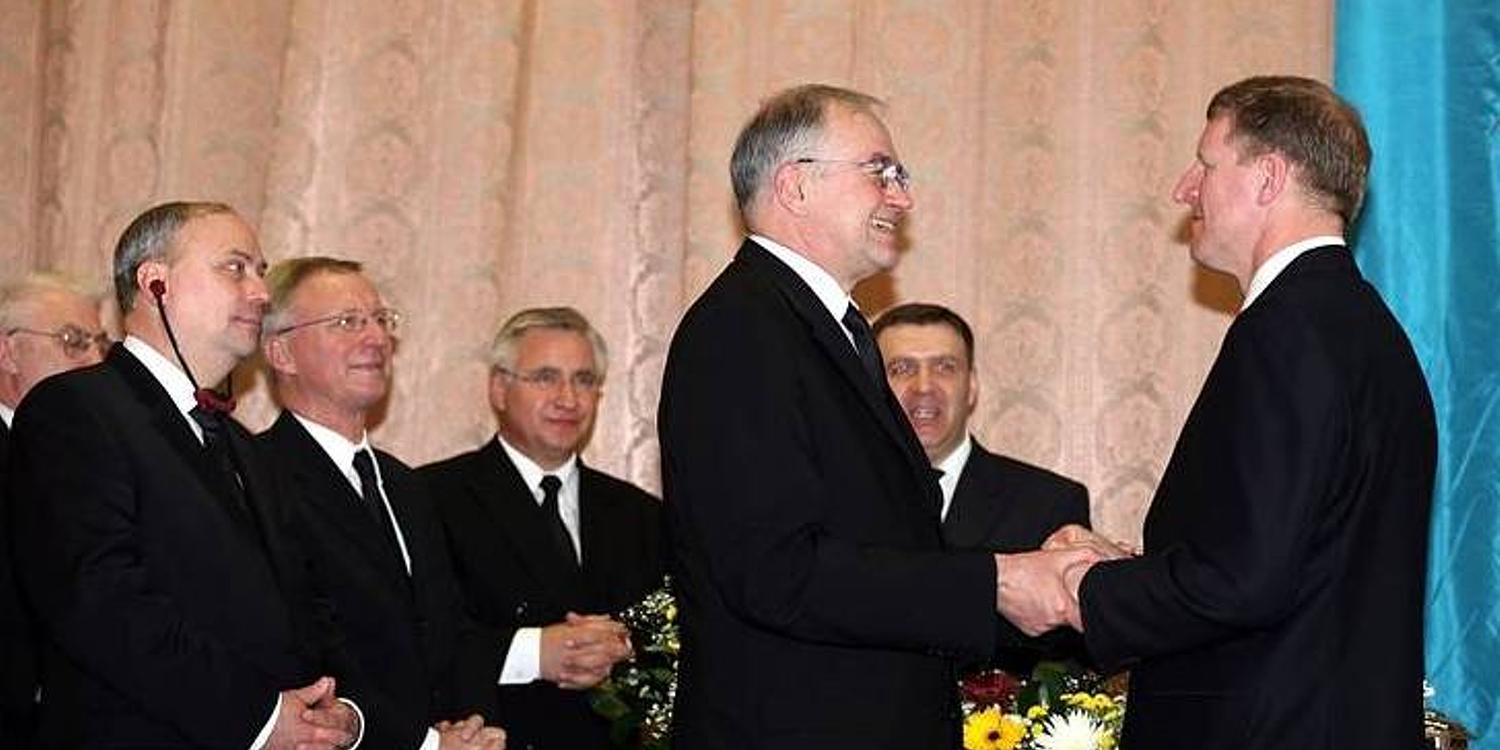 The newly ordained Bishop is congratulated

The international Church leader reached Penza - a city located some 700 kilometres southeast of Moscow which is populated by over half a million inhabitants - after a 13-hour train ride upon which he embarked following his arrival in the Russian capital. Waiting for him and his travelling companions, among whom were District Apostles Wolfgang Nadolny and Hagen Wend, were some 250 New Apostolic members from the local church district.

This divine service, which was also attended by all Russian Apostles, took place in a specially rented hall in a local hotel. Chief Apostle Leber based his sermon on a Bible passage that reads: “For the letter kills, but the Spirit gives life” (2 Corinthians 3: 6). 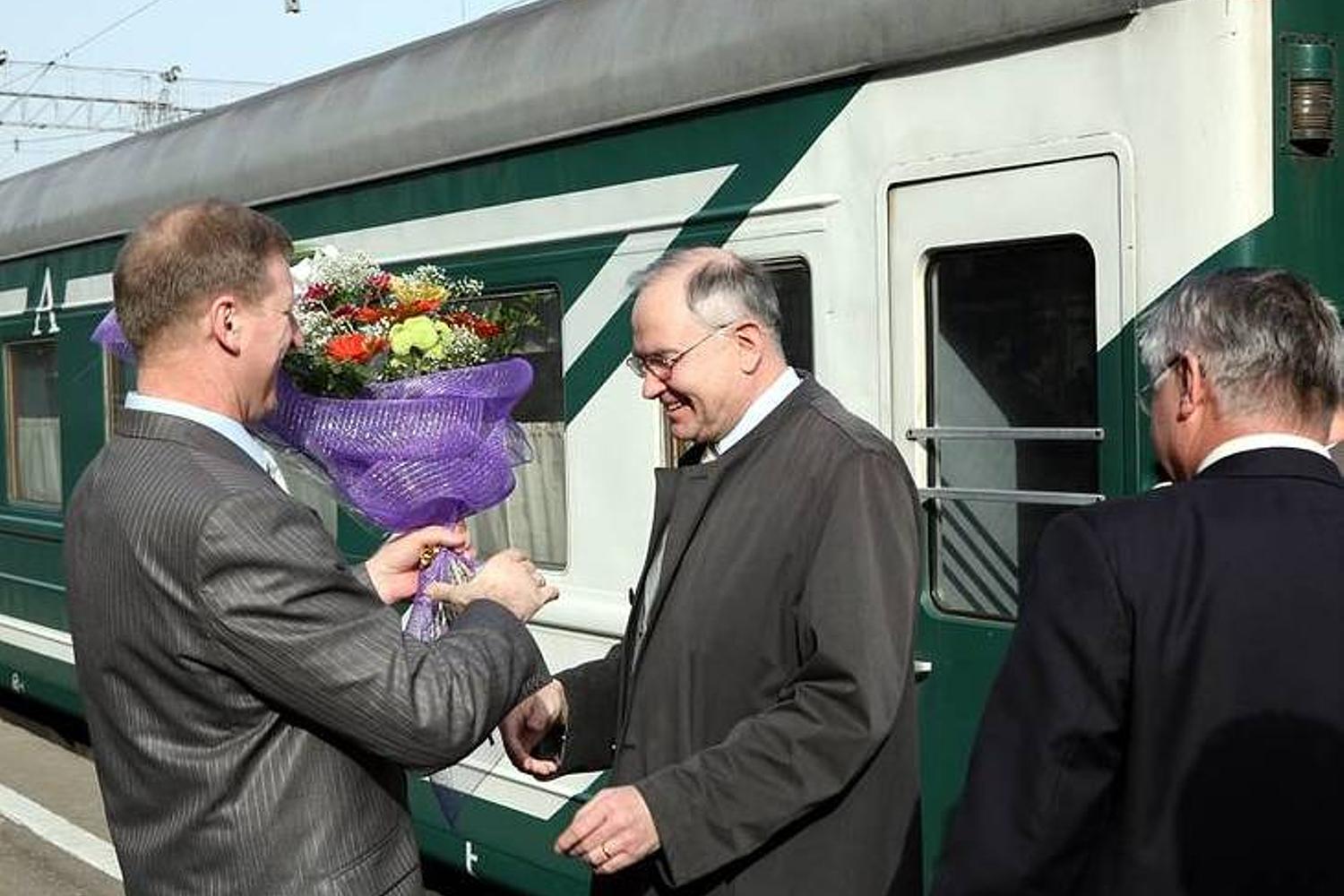