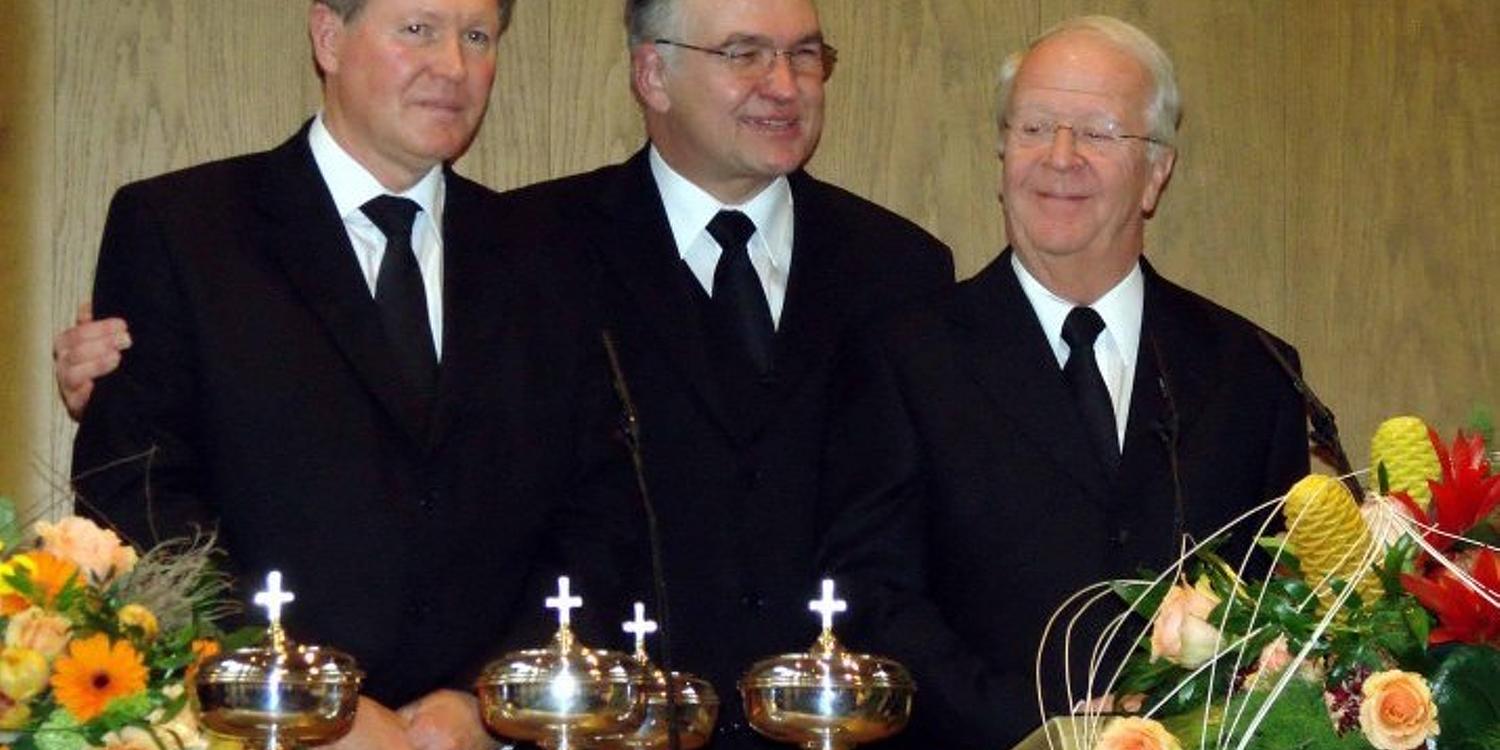 Zurich. The brethren of the New Apostolic Church of Switzerland had already been informed months ahead of time about what was to transpire on this momentous Sunday morning: their hitherto District Apostle Armin Studer was to be discharged into a well-deserved retirement after leading the District Church for ten years. Markus Fehlbaum (56) was ordained to succeed him as District Apostle.

During the festive divine service in Zurich-Hottingen, Chief Apostle Wilhelm Leber thanked the retiring District Apostle with emotional words. At the same time he embraced the new District Apostle Fehlbaum and said: “I am looking forward to our work together.”