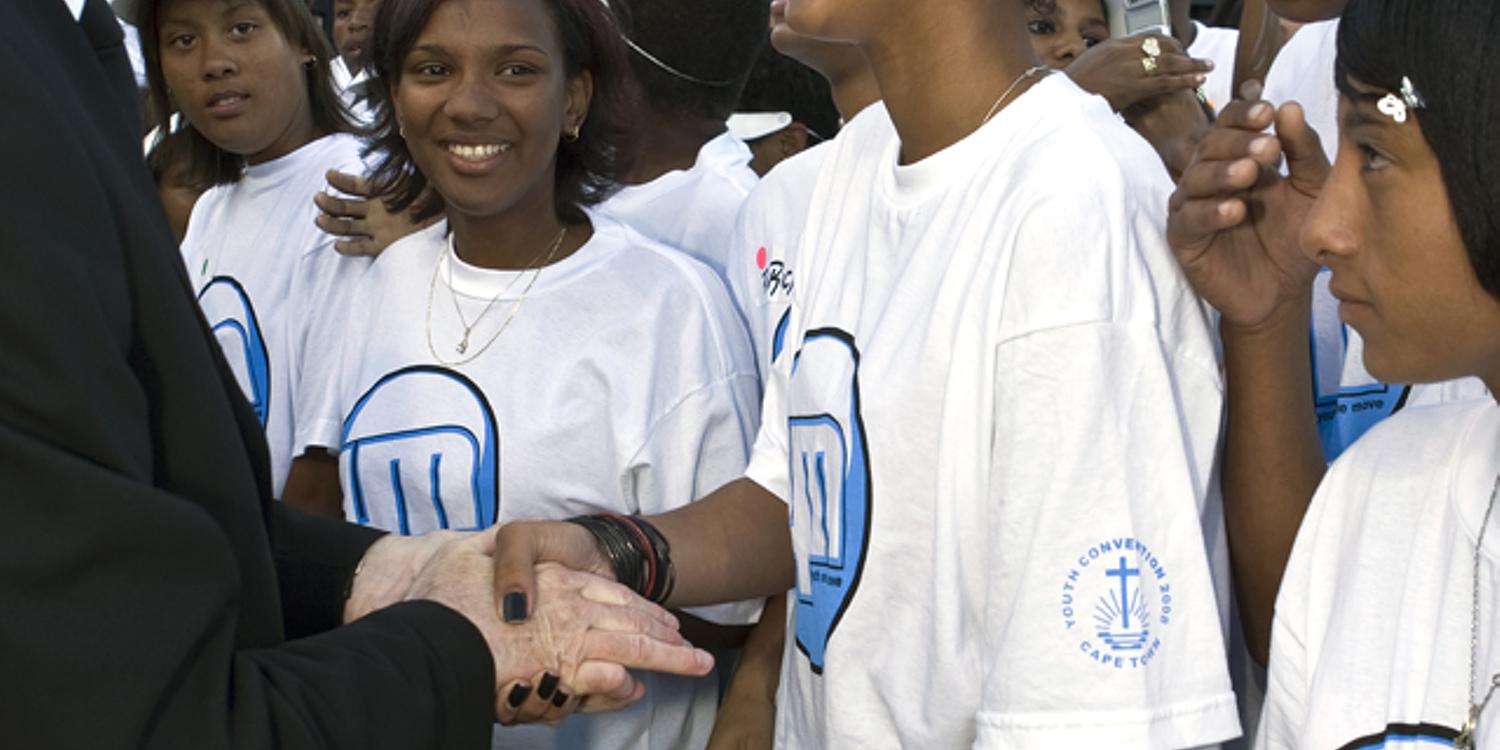 Three weeks in Africa with 100,000 in divine services

Zurich. For a solid three weeks Chief Apostle Wilhelm Leber travelled through the African continent. “My encounters with the brothers and sisters in South Africa, Congo, and Malawi were indescribable,” he said. One youth day in Cape Town and divine services in Lubumbashi, Mbuji Mayi, Kananga, and Goma enabled him to have fellowship with a total of over 100,000 souls who attended the various events in person. This figure does not include those who participated via satellite transmission. At the end of his journey the Church leader celebrated the service for the departed in Lilongwe, Malawi on 2 March.

The international Church leader began his extended trip to Africa on 15 February. In the Democratic Republic of Congo he ordained seven Apostles and three Bishops. Innocent Pasi (53), Innocent Mukuna (50), Paul Batakila (49), Martin Beya (41), Alexandre Kumambange (50), Philémon Bingbi (59), and Kasongo Massiya (46) will now work as Apostles. Fernandez Kalume (36), Norbert Mulongoyi (46), and Joseph Kabongo (46) each received the Bishop ministry. Apostle Théodore Kanyinda (59), who had served in ministry for many years, was given a festive discharge into retirement. He had suffered a stroke in April 2006, and had unfortunately never really recovered.

The special highlight of the Chief Apostle’s trip to Africa was his reunion with 28,000 young people in the Sahara Park Cricket Stadium in Newlands (near Cape Town).