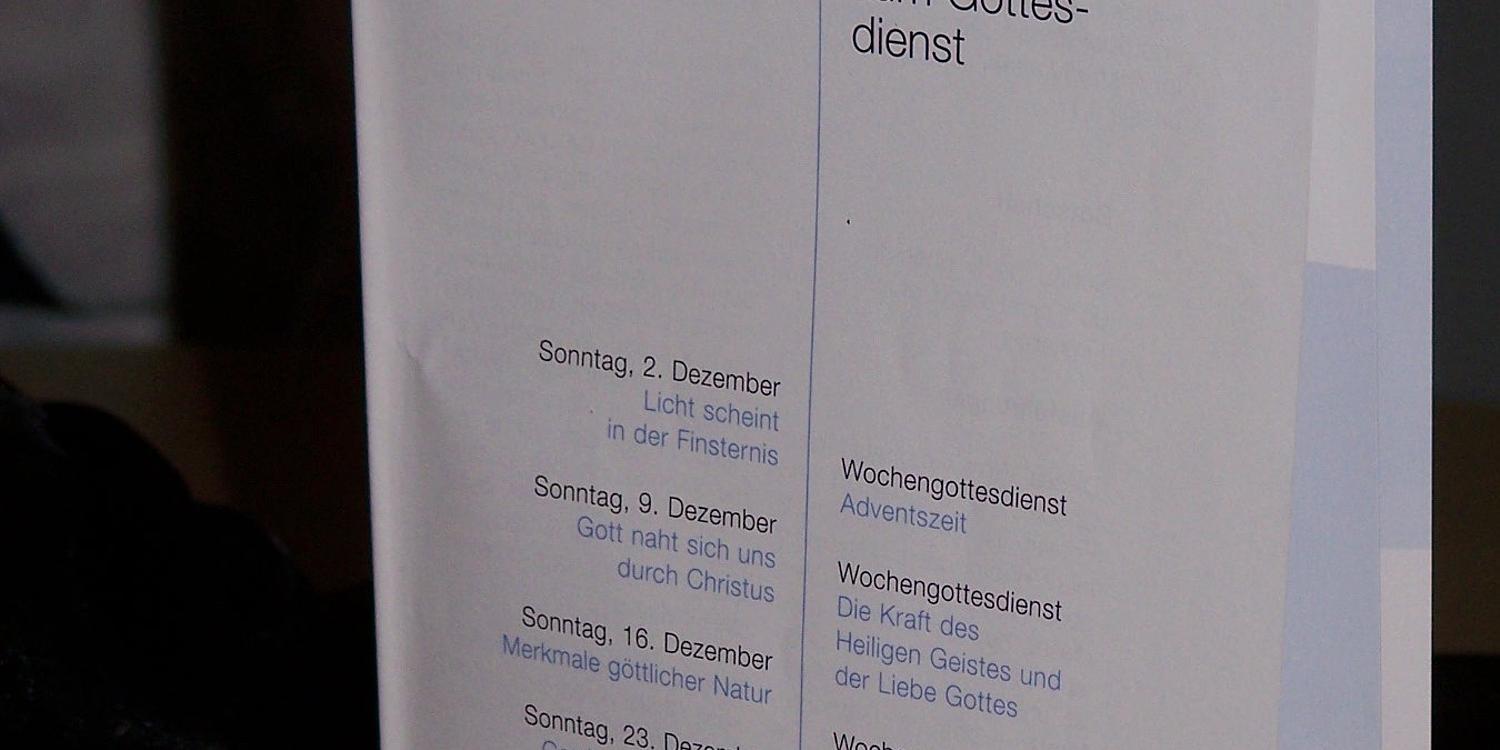 Zurich. The first Sunday of Advent 2007 will be a special date in the New Apostolic Church: this will be the first time that the new format of the “Word of life” will be used for the divine service. A new version of this preparatory material for use in divine services by the Church’s ministers was discussed and approved in the fall session of the International District Apostle Meeting convened in October 2006 (we reported).

“Dear Brothers, this is the last issue of the Word of Life in the format we have known since 1989.” This was the message international Church president Chief Apostle Wilhelm Leber communicated to all ministers around the world. The last issue in the previous format is that of November 2007.

The new version adheres to important guiding principles: the layout and content structure have been changed and expanded. Each article contains a core theme along with an important message which listeners can take with them from the divine service. At the end of each article there is a meaningful summary. Priests are to be able to understand the three or four main thoughts contained in the guide, and recall them in the divine service.

Also new is an explanation of the context, which provides historical, literary, or geographical background on the respective Bible text. This also involves important exegetical principles, which can lead to a better interpretation of the text. In this manner it should be possible to better understand the Bible passage to be interpreted, as well as its greater context.

In future the individual articles of the Divine Service Guide will be oriented around the Church year, which is why the introduction of this new material will take place on the first Sunday of Advent. The divine services of the weeks preceding Christmas will be based on the theme “God draws near to us.”

Special editions will be published approximately four times each year. These will contain special instructions for divine services with holy acts such as Holy Baptism, or acts of blessing such as weddings.

The “Divine Service Guide” will be printed by the Bischoff publishers in Frankfurt, and will be translated into around 20 languages. The editor in chief is Priest Reinhard Kiefer, an employee of the theological editorial staff of the New Apostolic Church magazine “Our Family.”

The use of preparatory material for sermons by the ministers of the New Apostolic Church has a long tradition. The so-called “Circular” had been in existence since the nineteenth century. In January 1989 the then Chief Apostle Richard Fehr introduced a revised monthly circular known as the “Word of Life”. It had a smaller layout and contained significantly less text. The current revision will be known as the “Divine Service Guide—A monthly for the ministers of the New Apostolic Church.” 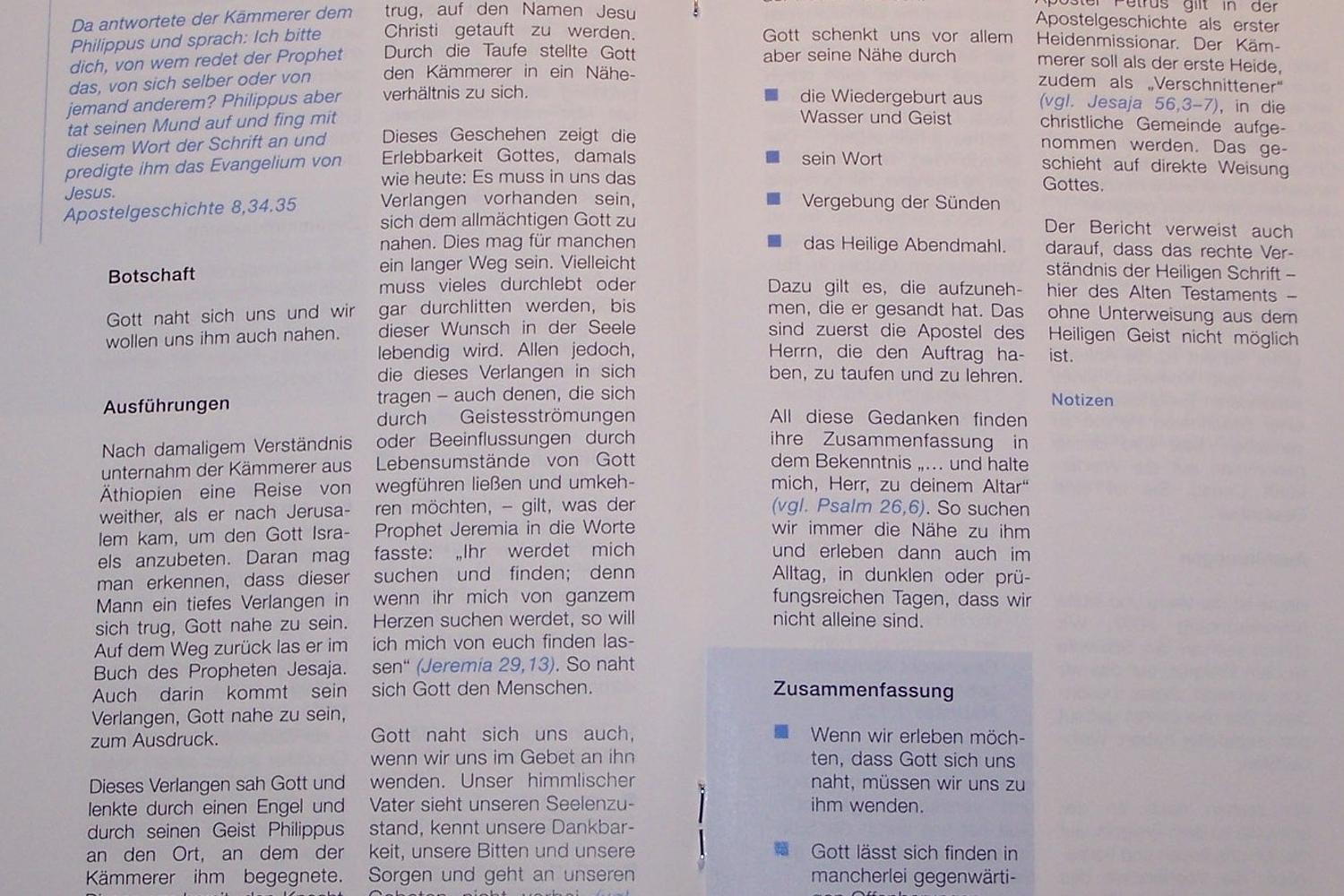 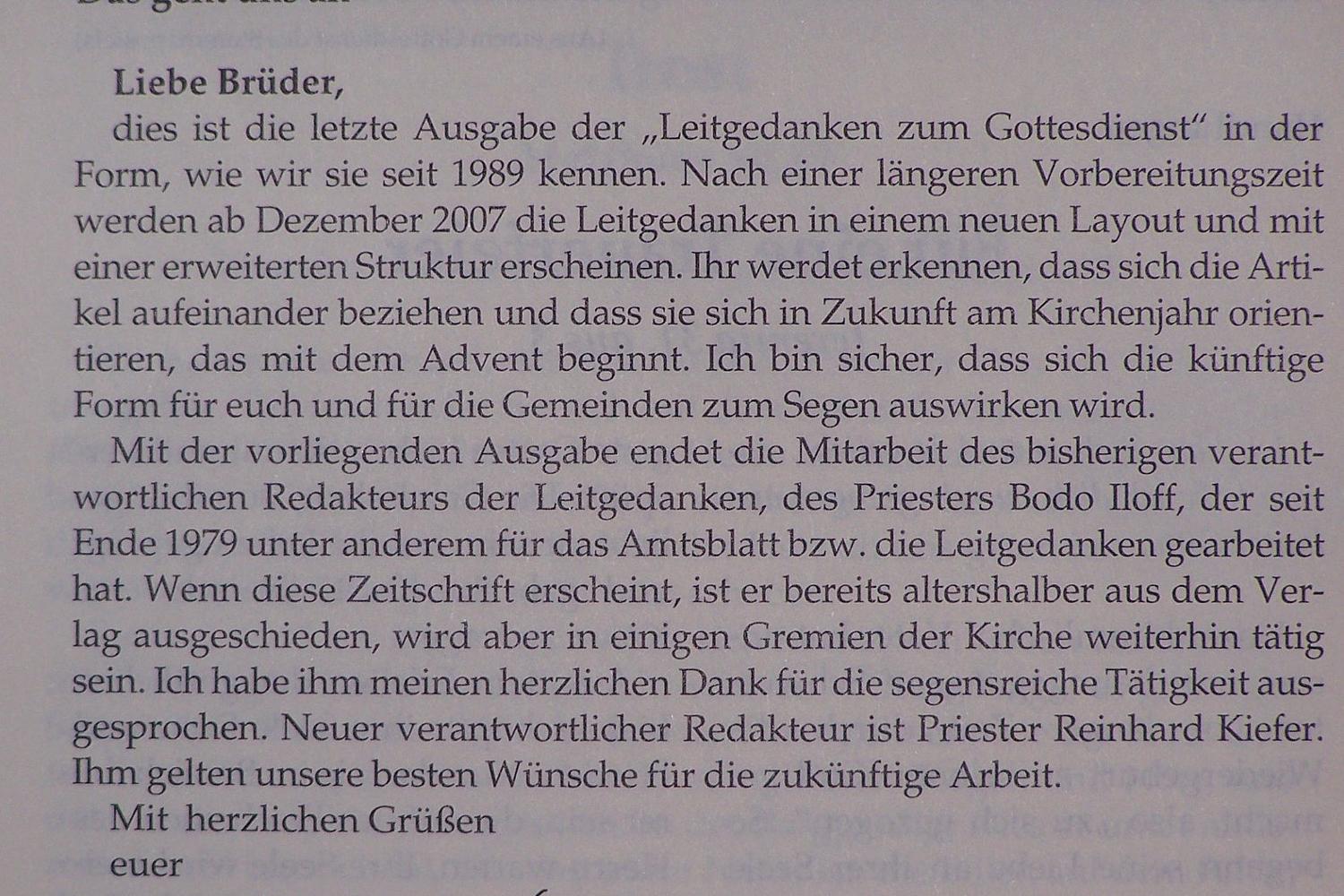