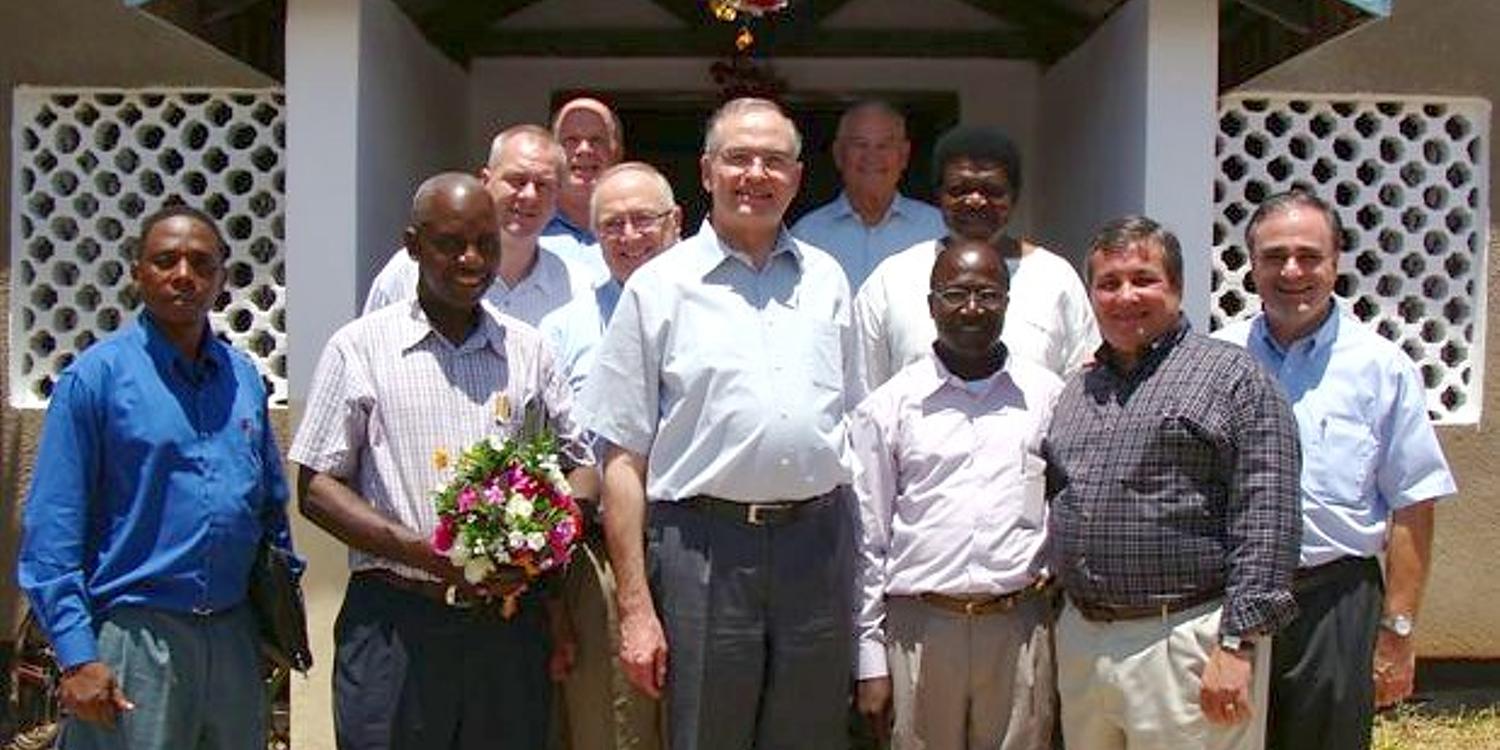 Dar Es Salaam. It was a joyous occasion during the second weekend of November 2007 when Chief Apostle Wilhelm Leber, the leader of the international New Apostolic Church, visited the country of Tanzania for the first time during his tenure. The weekend began on Friday morning with a visit to two congregations in Tanzania and ended in the afternoon with a choral concert at the Dar es Salaam Central Church.

On Saturday, November 11, Chief Apostle Leber also conducted a divine service on the Island of Zanzibar, where there are but a few members of the New Apostolic Church. He was very moved by the fact that the Slave Trade had its origin on this island. He also visited an Anglican church which portrayed much history of these events.

On Sunday, November 10, Chief Apostle Leber conducted a festive divine service in Dar es Salaam in the presence of all 38 East African Apostles from Kenya, Tanzania and Uganda. Also present were District Apostles Richard C. Freund of the USA and Michael Ehrich from South Germany, as well as the Apostles Hammer, Hecht and Kolb from the USA. The congregation of over 1,200 was served by the Chief Apostle with a text out of Isaiah 65:18. The Chief Apostle also ordained one Enock Ntibingwa Mateo (43) as Apostle and Moses Makome Nalimi (47) as Bishop for the church in Tanzania.

An historic event also took place during this service by creating a district church “East Africa” which covers the countries of Kenya, Tanzania and Uganda. Apostle Shadreck Lubasi from Kenya was commissioned as District Apostle Helper to lead the three countries under the guidance of District Apostle Freund (USA), we reported. In his address to the congregation, the Chief Apostle mentioned that the missionary work in East Africa has progressed in such a way during the past 25 years that the Apostles in East Africa must become more responsible for the development of their countries. The Chief Apostle asked the East African Apostles and congregation to “embrace” and support their new District Apostle Helper in great joy and harmony.

In East Africa the New Apostolic Church has two million members in 5000 congregations. They are served by 18000 administration brothers. 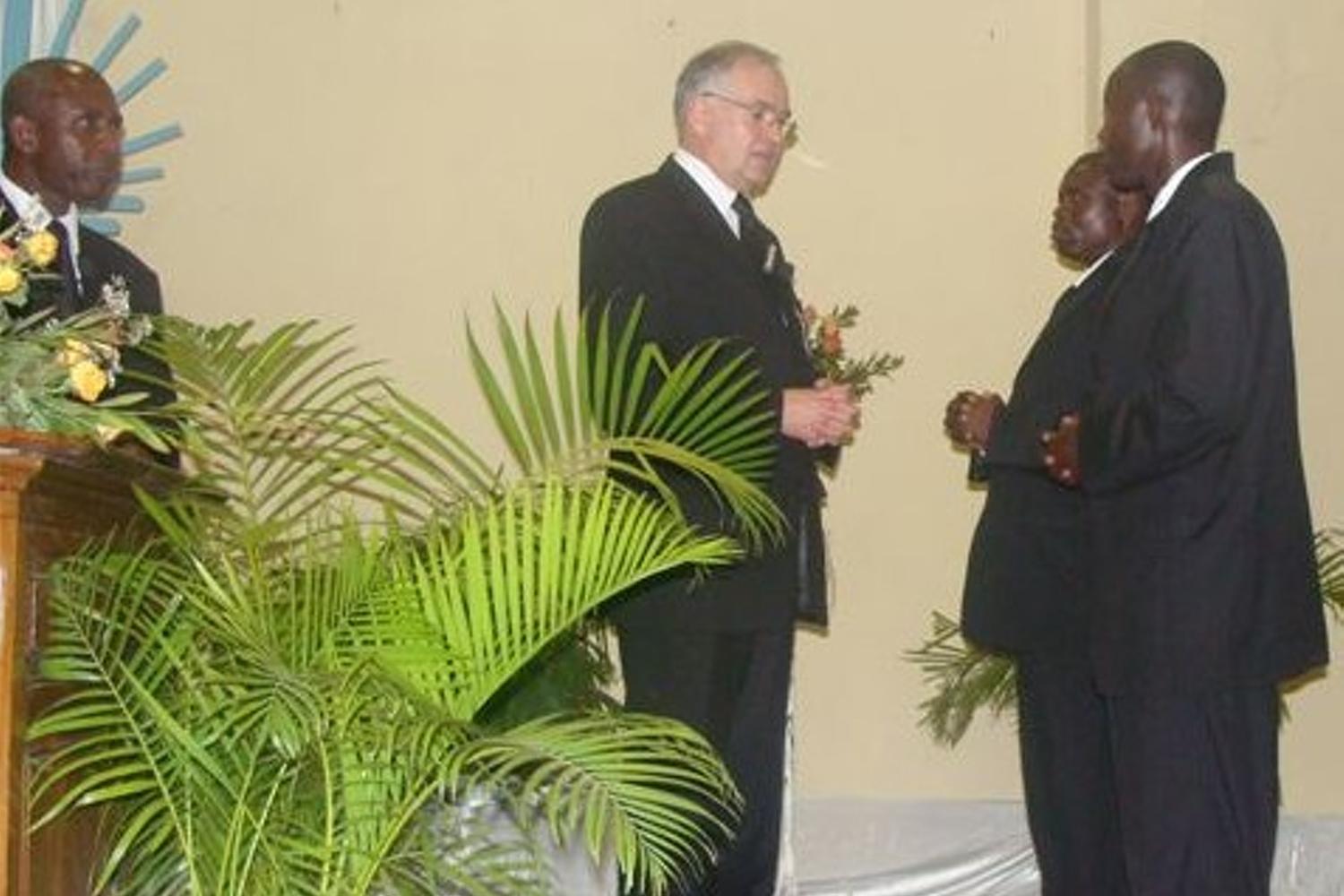 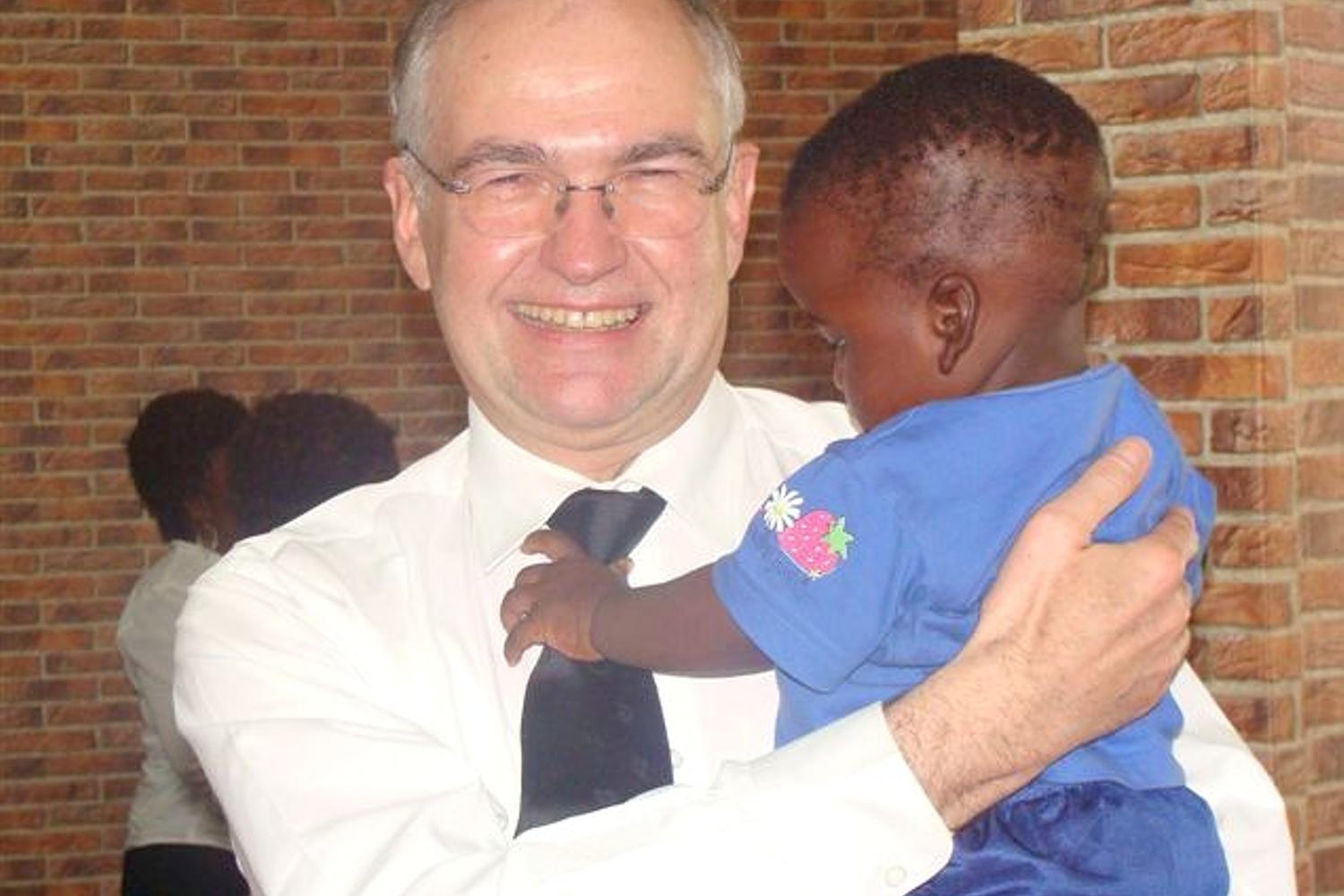