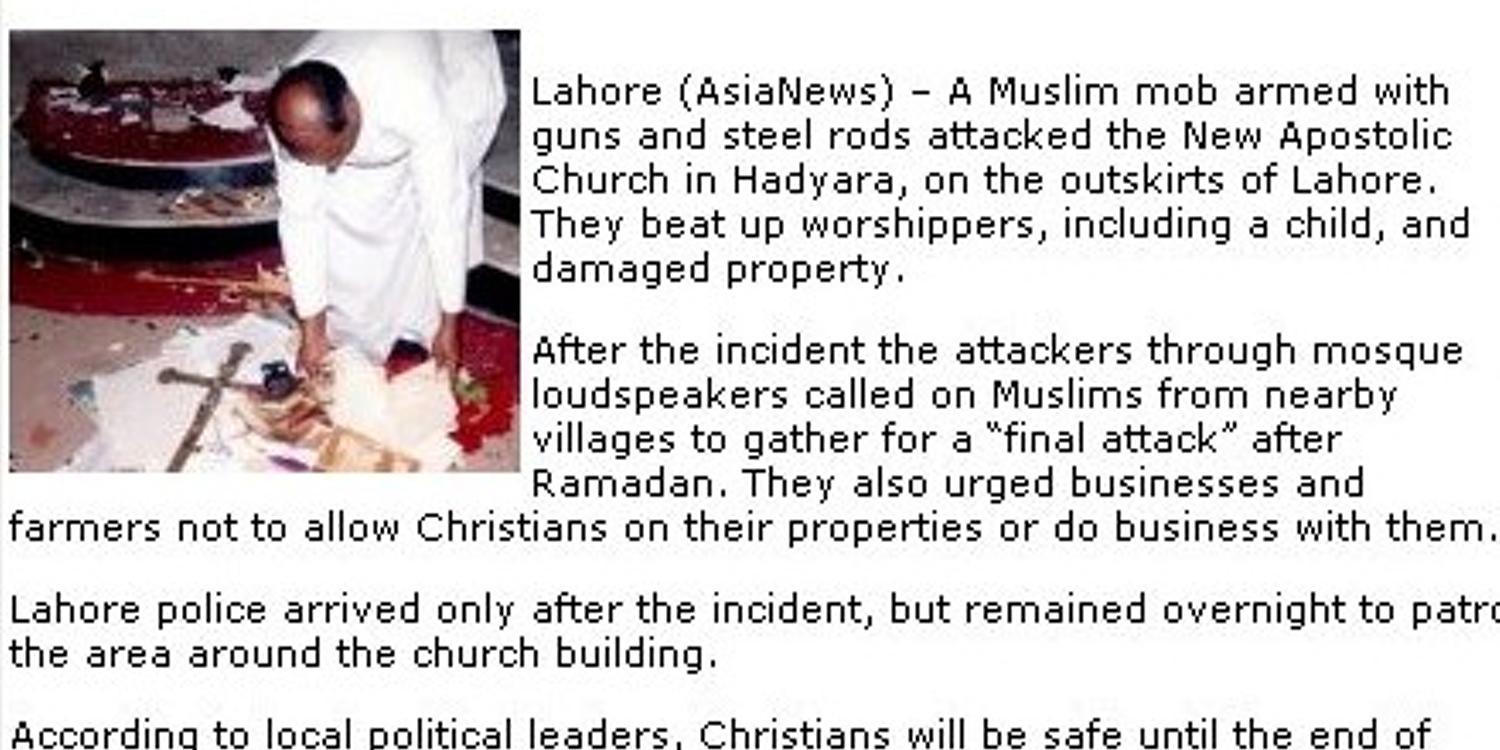 Zurich. “AsiaNews,” an on-line press agency, announced on October 10 that a New Apostolic congregation was attacked in Hadyara, a suburb of the Pakistani metropolis of Lahore. Both children and adults were attacked and verbally assaulted by Islamist extremists. Another attack is planned for the end of Ramadan, the month of fasting.

According to information from a local police spokesperson, the members of Christian churches in this city should be safe at least until the end of Ramadan. This announcement has not been independently confirmed.

The New Apostolic Church is currently investigating whether these events indeed took place as reported. At present we are unable to confirm this report. We will report any new developments as they become available. Nevertheless, our prayers are with the members of this New Apostolic congregation, as well as with all Christians of the country.