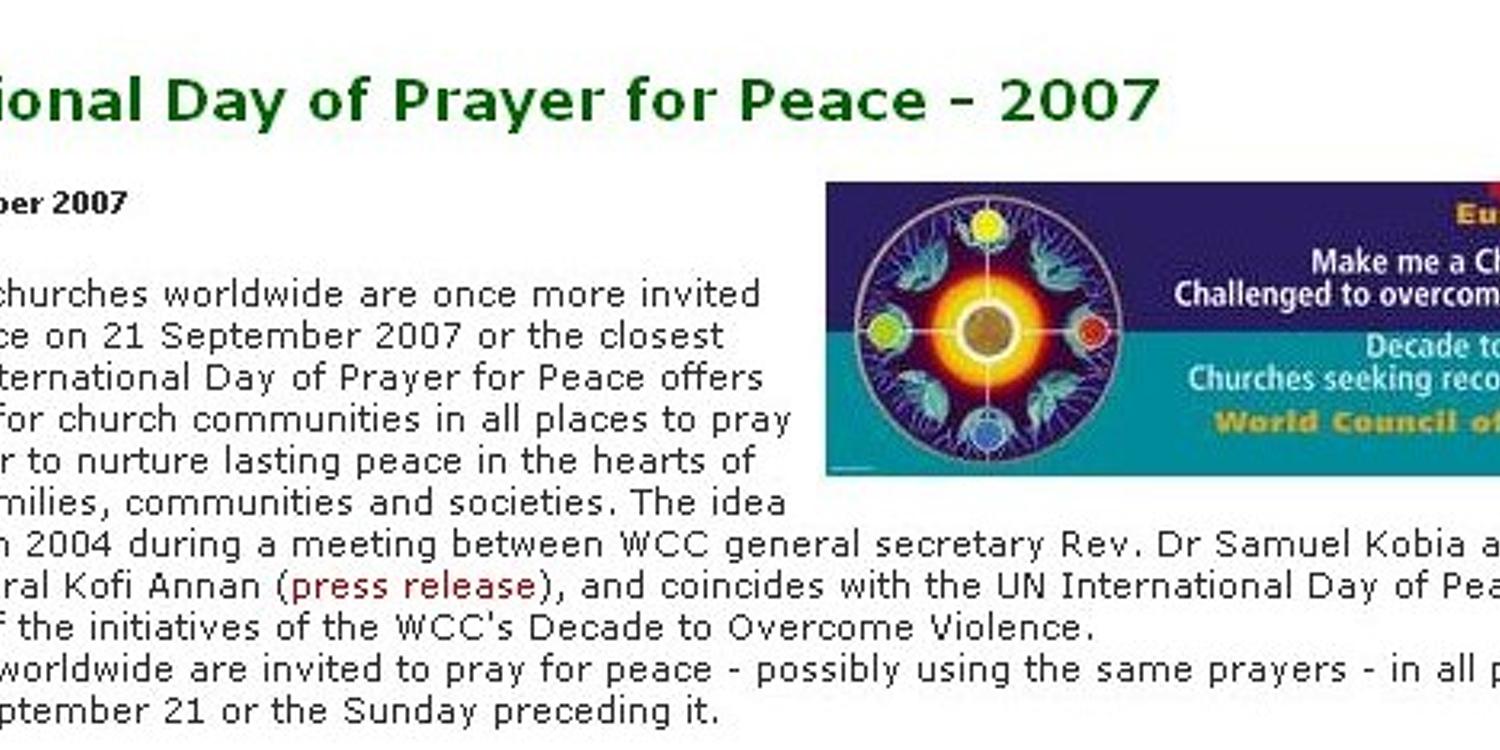 Zurich. Again this year the New Apostolic Church will take part in the “International Day of Prayer for Peace,” which has been celebrated around the world for four years now, traditionally on 21 September. The World Council of Churches has called upon its approximately 350 member churches to offer up prayers for peace on this day. Already two years ago, Chief Apostle Wilhelm Leber asked the New Apostolic congregations around the world for their commitment to this cause (we reported).

The international Church president addressed a letter to all District Apostles in which he expressed the wish to set a new impulse again this year: “Let us take part in this effort, because it is certainly in our interest that peace in this world be assured.” He went on to add that the year 2007 had again been largely characterised by civil war, conflict, terrorism, and war in many countries of the world.

The Chief Apostle asks that special prayers for peace be spoken in the divine services of the 19th or 20th of September 2007. In congregations that do not have midweek services, officiating ministers can offer up this prayer on the Sunday divine service of 23 September.

For a number of years, the 21st of September has been considered an international day of peace under the auspices of the United Nations. The World Council of Churches (WCC), with its seat in Geneva, first designated this day as an “International Day of Prayer for Peace” four years ago.

The significance of this day is explained on the website http://overcomingviolence.org/ in four languages.