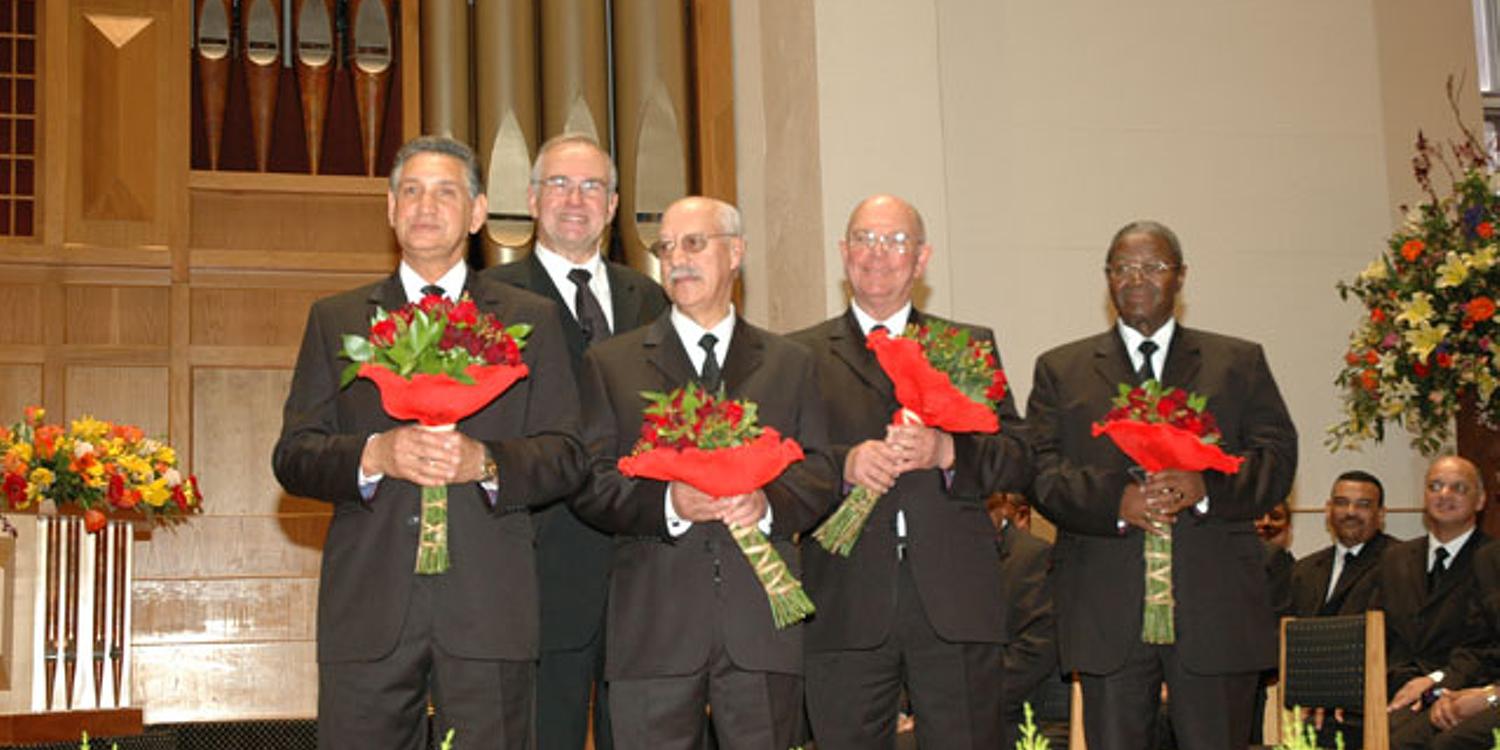 "Give heed to the word of God!"

Cape Town. The trip that led Chief Apostle Wilhelm Leber to Cape Town, South Africa had been planned at short notice. His packed itinerary included a concert, a training session for ministers, and two divine services. Three new Apostles and six new Bishops were ordained for the Cape District.

Prior to this, Chief Apostle Leber retired Apostle George Butityi Nggunge (65), who had served for many years, as well as the three Bishops Vincent Atkins (64), Cedric Laubscher (65), and William Vollenhoven (65). “You have served the Lord with complete devotion, and cared for the souls entrusted to you with great love,” he said in his appreciation address to his fellow servants.

Allister Kriel (53), Albert Muyendekwa (49), and Harold Brian Swartbooi (51) received the Apostle ministry for the District Church of the Cape. Another six Bishops were ordained alongside them. They will serve in both the western and eastern provinces of the country.

Chief Apostle Wilhelm Leber served the brethren with a Bible passage taken from Hebrews 2: 1: “Therefore we must give the more earnest heed to the things we have heard, lest we drift away.” The international Church leader called upon his brothers and sisters to heed the word of God even more, and to lead their lives in a goal-oriented manner.

The divine service on Sunday took place in the large Silvertown church and was transmitted across the country via satellite. Some 280,000 people profess the New Apostolic faith in the Cape District. 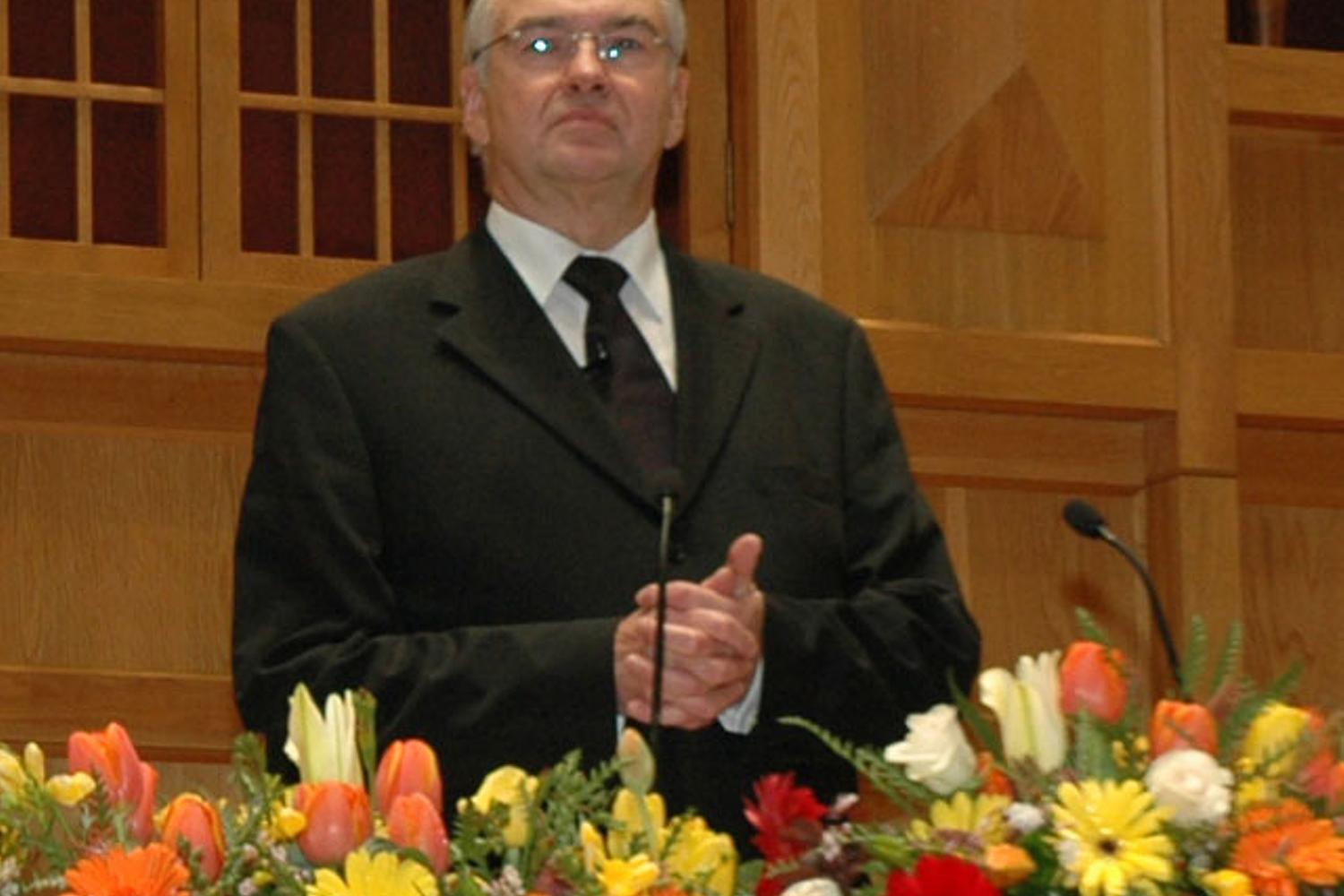