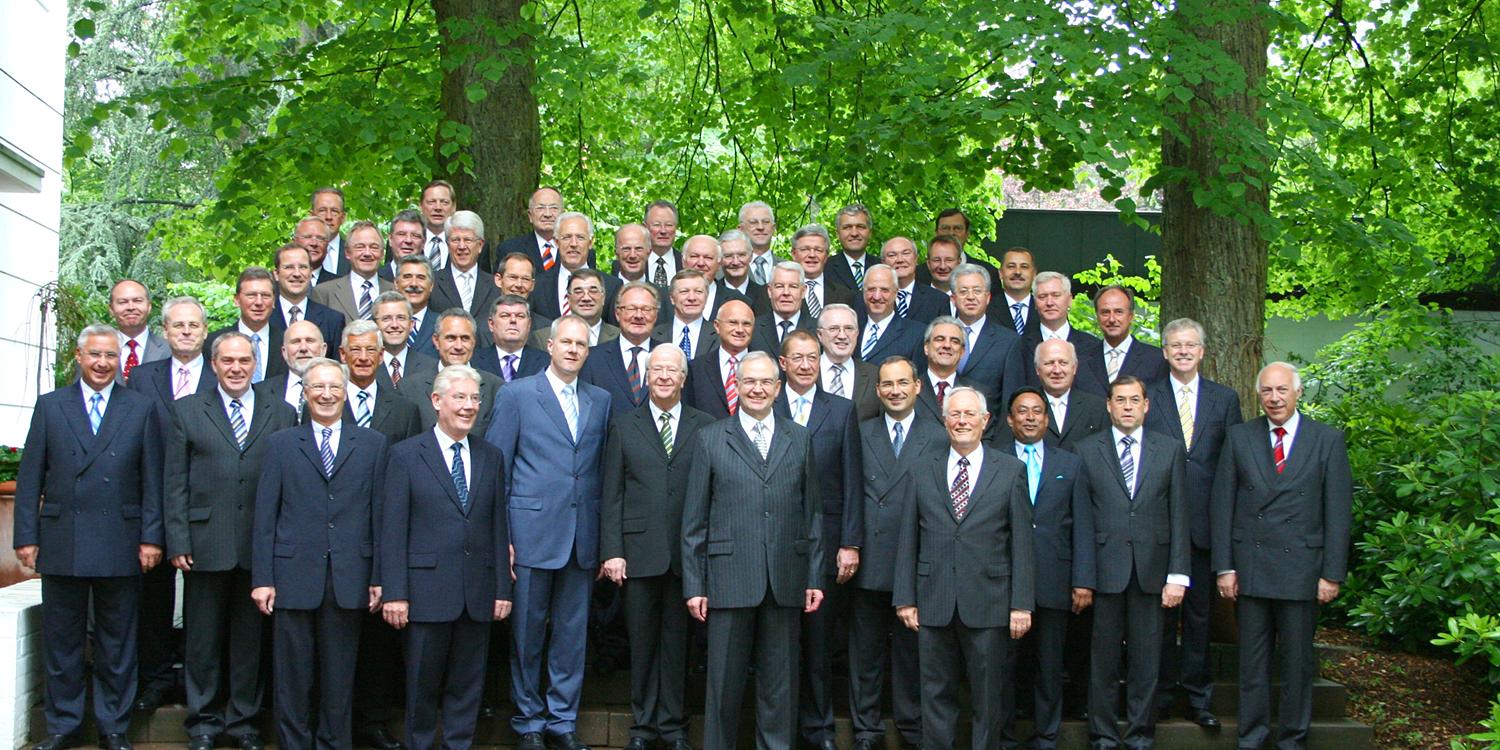 Pentecost divine service 2007: One spirit with the Lord!

All European apostles of the New Apostolic Church (Photo: NAKI)

Zurich/Hamburg. Pentecost 2007 is already in the past, but the Pentecost divine service in Hamburg, which was transmitted by satellite to some 8,000 New Apostolic congregations in over 70 countries throughout the world, is to have a lasting echo. A message from Apostle Paul to the congregation in Corinth was the basis of the Pentecost sermon delivered by Chief Apostle Wilhelm Leber: “But he who is joined to the Lord is one spirit with Him” (1 Corinthians 6: 17). The international Church leader emphasised: “Those who wish to remain united with the Lord must be one with Him by their very nature.”

As he served from the altar, the Chief Apostle focused on three characteristics of the Lord Jesus. “The Son of God had a strong prayer life. We wish be one spirit with Him and so we too must have a strong prayer life,” said the Chief Apostle as he encouraged the more than one million participants in the divine service. The second characteristic he mentioned was the special willingness to serve exemplified by the Son of God, which “went well beyond the normal measure.”

His devotion to mankind was another special characteristic that distinguished Jesus. “The Lord approached each and every human being. He did not reject anyone,” emphasised Chief Apostle Leber in his Pentecost sermon.

You may download an extract of the Pentecost sermon 2007 in PDF-formate. Over the next few days we will publish a video file from the divine service. 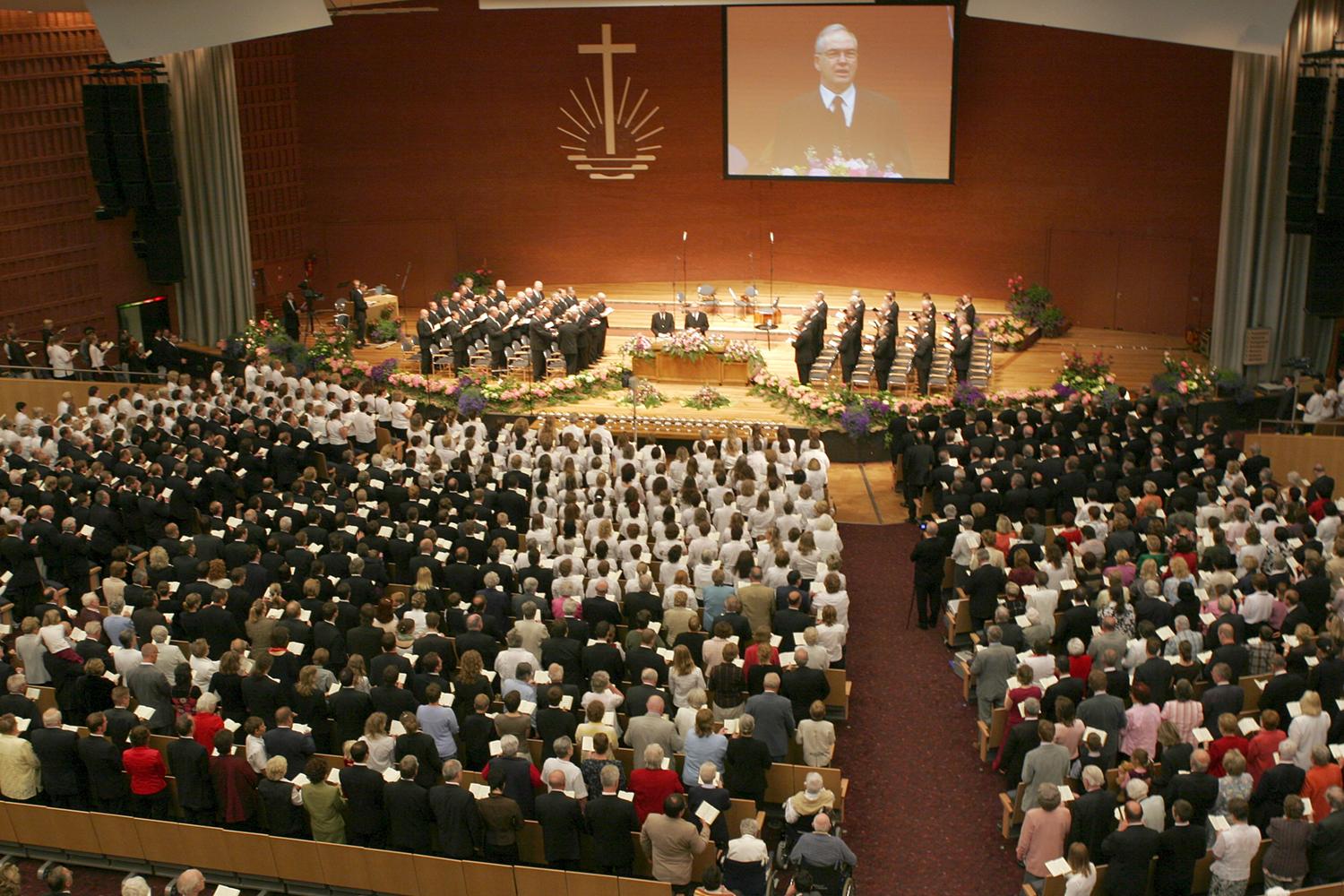 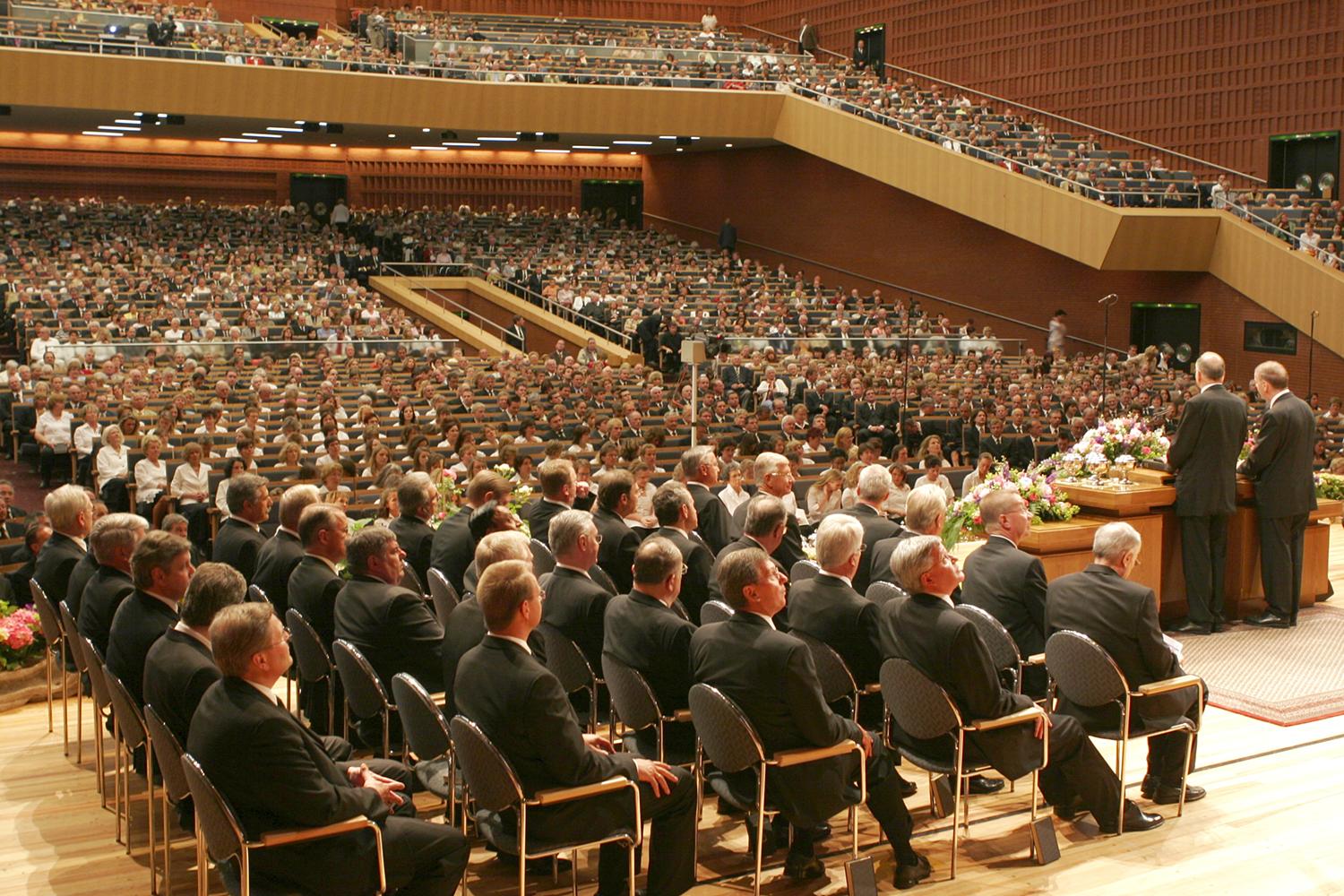