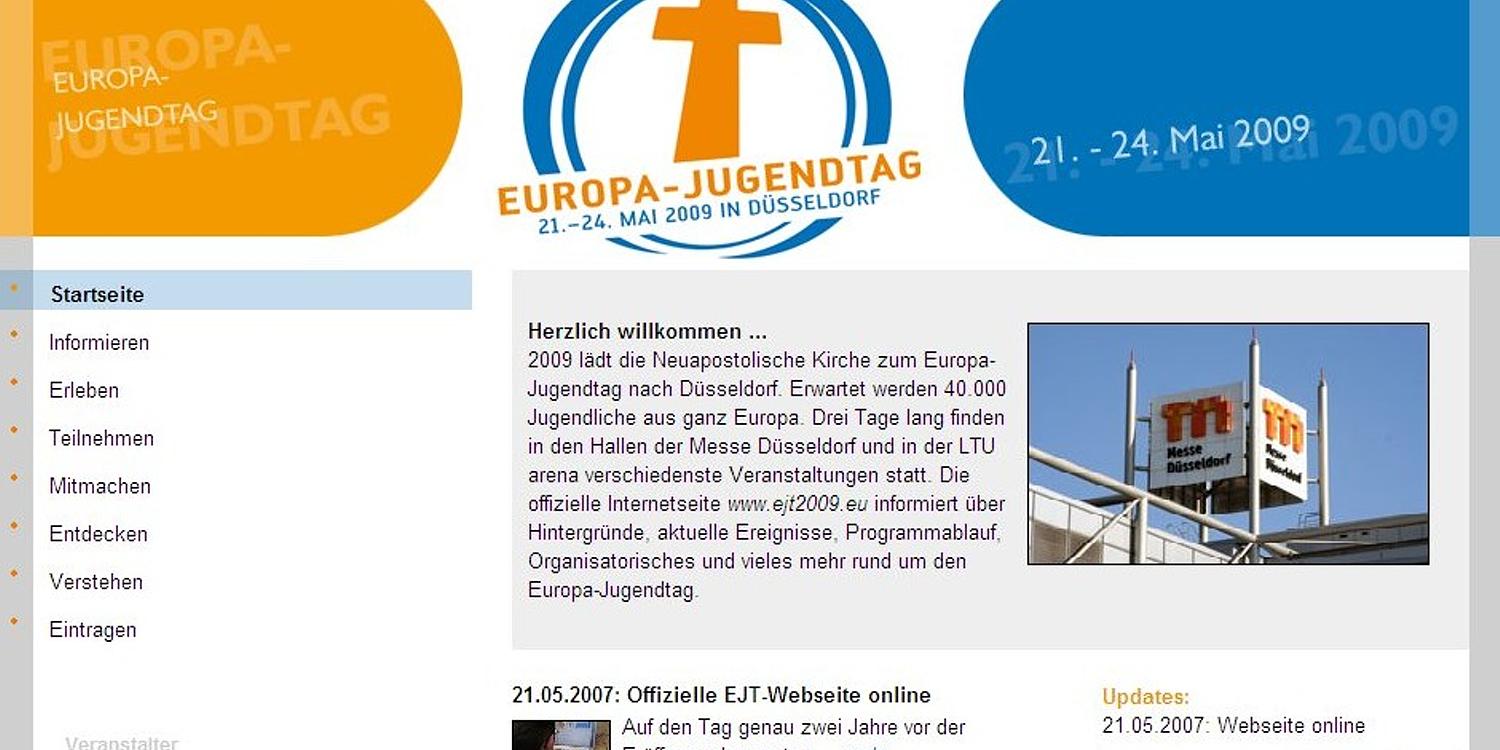 The official website of the European Youth Day is now online

Zurich/Dortmund. The opening festivities for the European Youth Day (EYT) of the New Apostolic Church will kick off in exactly two years—on 21 May 2009. The event’s official website has been online since Monday, 21 May 2007. As of now, interested readers can find milestone dates, news, and other information about the event’s organisation and content.

The layout of the website was based on designs developed by a group of young people from various German District Churches. Young people from many other regions of the European Youth Day are significantly involved in organising the large event. “We wish to involve as many young people as possible from all participating countries in these preparations,” says Apostle Rüdiger Krause (Northern Germany), the leader of the EYT’s communication project group.