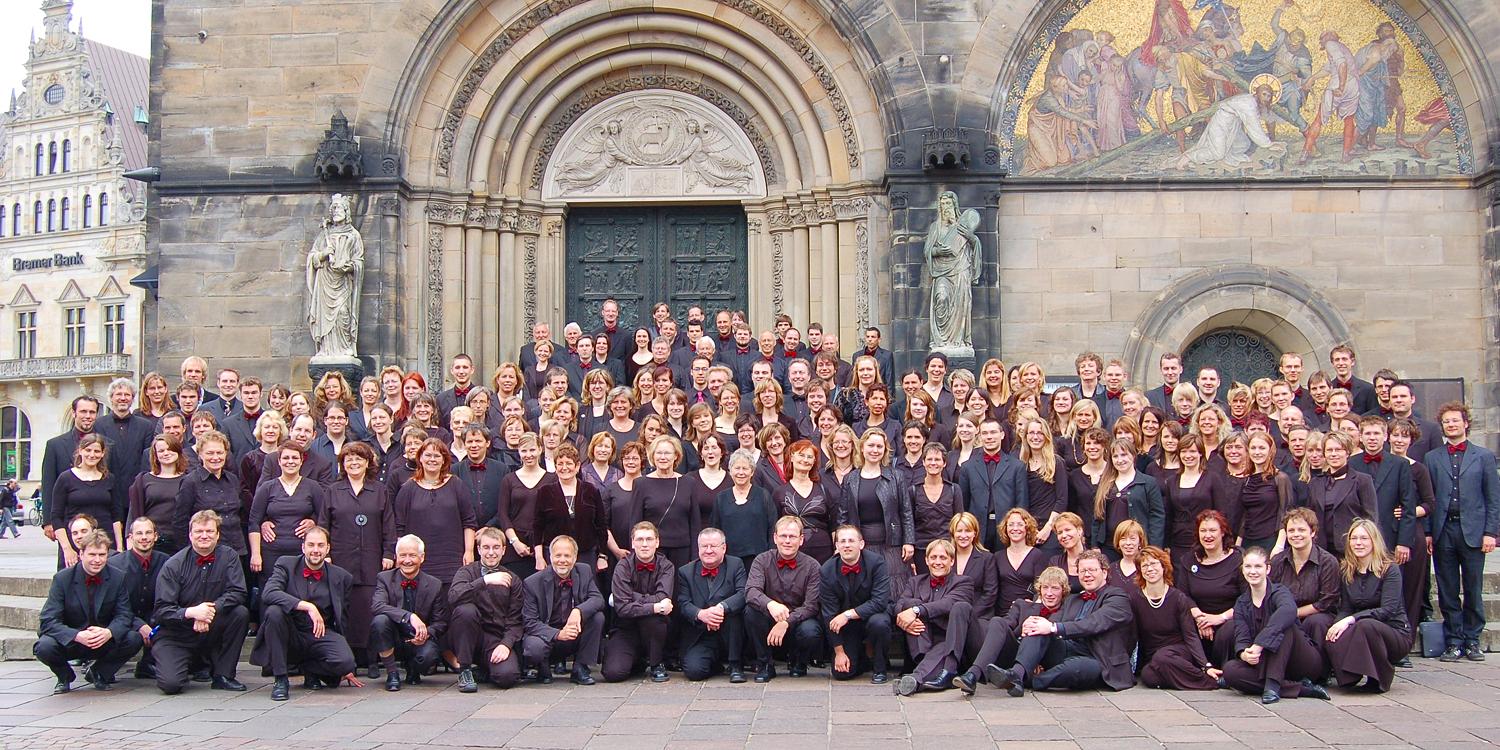 The choir and orchestra of the New Apostolic Church of Northern Germany (Photo: priv)

The program begins with Felix Mendelssohn’s (1809-1847) “Singet dem Herrn ein neues Lied” op. 91 (“Sing to the Lord a new song”). The piece, whose text is taken from the 98th Psalm, is an expressive hymn of confidence in the help of the Lord. It is comprised of five sections, the first of which begins with a bass solo. Each time the soloist sings, he is answered by a double choir of eight voices in the refrain: “Sing to the Lord a new song, for He does great works”).

Jean Sibelius (1865-1957), a Finnish composer between the late Romantic and modern periods, is also included in the program. In 1893 he composed his Karelia Suite, which is one of his most successful and popular works. Following this is the quiet and very hopeful music of the hymn “Abide with me” by Henry Monk (1823-1889). This church musician from London wrote approximately 50 church hymns. He took the text for this piece from Henry F. Lyte (1793-1847) and created a gloriously dignified melody for it which rose to great fame, particularly in the English Church.

A small spiritual concert “Ich will den Herrn loben allezeit” (“I praise You, Lord, in ev’ry hour”) by Heinrich Schütz (1585-1672) awaits listeners near the middle of the program. Christine Süßmuth sings the soprano, accompanied by Andreas Kock on the cello and Matthias Krah on the harpsichord.

Leopold Stokowski (1882-1977) was one of the most significant conductors of the twentieth century. His adaptation of the Protestant chorus “A mighty fortress is our God” is also on the program, as is the “Locus iste” by Anton Bruckner (1824-1896). This Austrian composer, organist, and musical pedagogue was among the most significant musical creators of his time. The four-part gradual was originally composed for the dedication of the votive chapel of the new cathedral in Linz.

The impressive program also concludes with Felix Mendelssohn. His adaptation of the 114th Psalm “Da Israel aus Ägypten zog” (“When Israel came out of Egypt”), op. 51, once again unites the choir and orchestra in a harmonious collaboration.

The orchestra of the New Apostolic Church Hamburg was founded in 1998 with the objective of creating a musical body for young and dedicated musicians who already have orchestral experience. It is led by Jörg Michael Paul. The Project Choir of the New Apostolic Church of Northern Germany was founded in 2006 as a counterpart to the Hamburg orchestra with the objective of performing larger choral and orchestral works. It is under the direction of Björn Leber.

The festive concert for Pentecost 2007 is already completely booked. There are no more tickets available. You can find the complete program on the website of the Hamburg orchestra at: http://www.hamburg-orchester.de/.