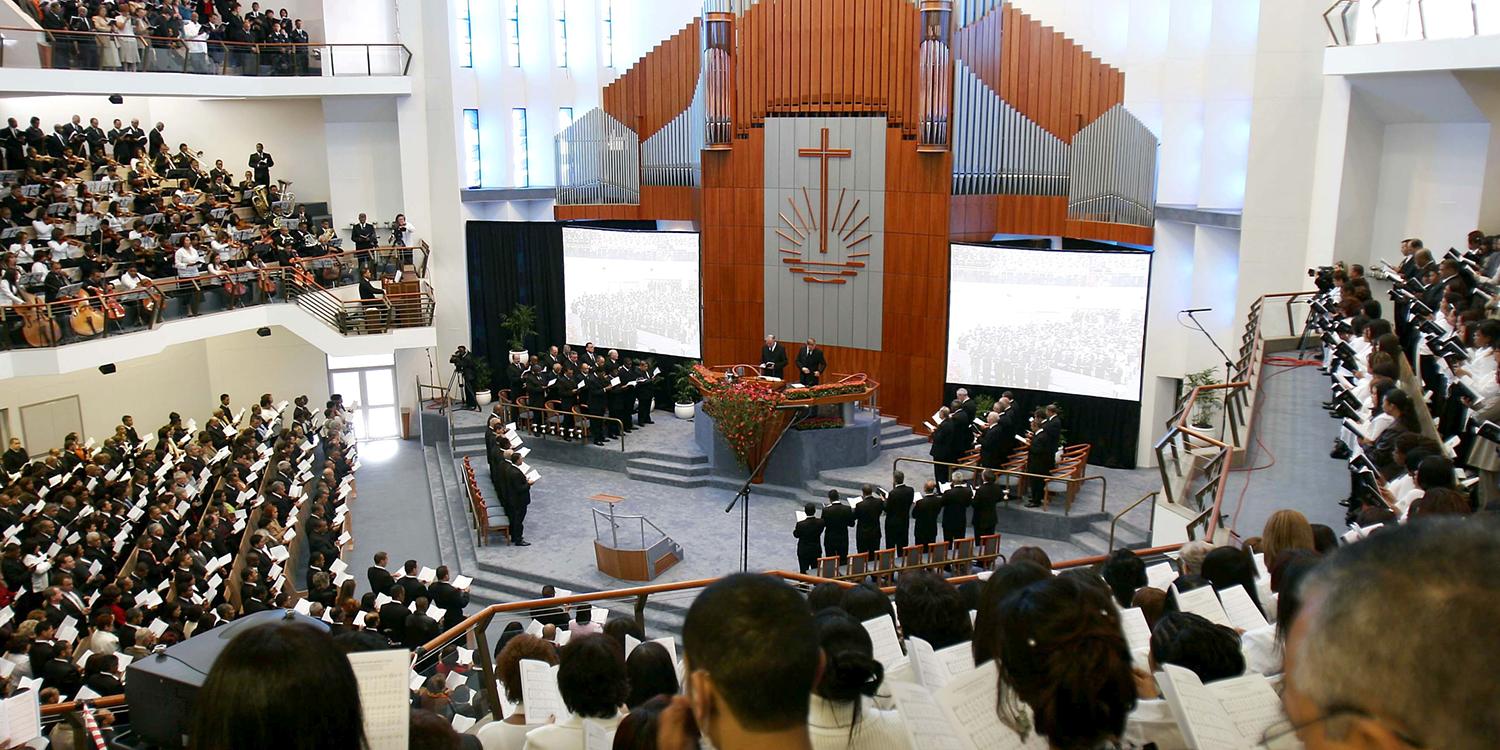 Satellite transmission to more than 60 countries

Zurich/Hamburg. Pentecost 2007 is a big event for the New Apostolic Church: on 27 May 2007 the Church’s international president and Chief Apostle, Dr. Wilhelm Leber, will conduct a divine service in the Hamburg Congress Centre, which will be transmitted by satellite to more than 60 countries on all five continents in both sound and picture.

The sermon will be translated into English at the altar, then translated into more than 20 other languages, and transmitted using 13 satellites. On account of the time difference, the transmission to North and South America will be recorded and sent later. The Church administration expects that a total of nearly 1.4 million believers in approximately 7,500 churches will be able to participate in this divine service.

The New Apostolic Church has published a press release which you may read here.

Quite interesting is also a short draft of the satellite technology.