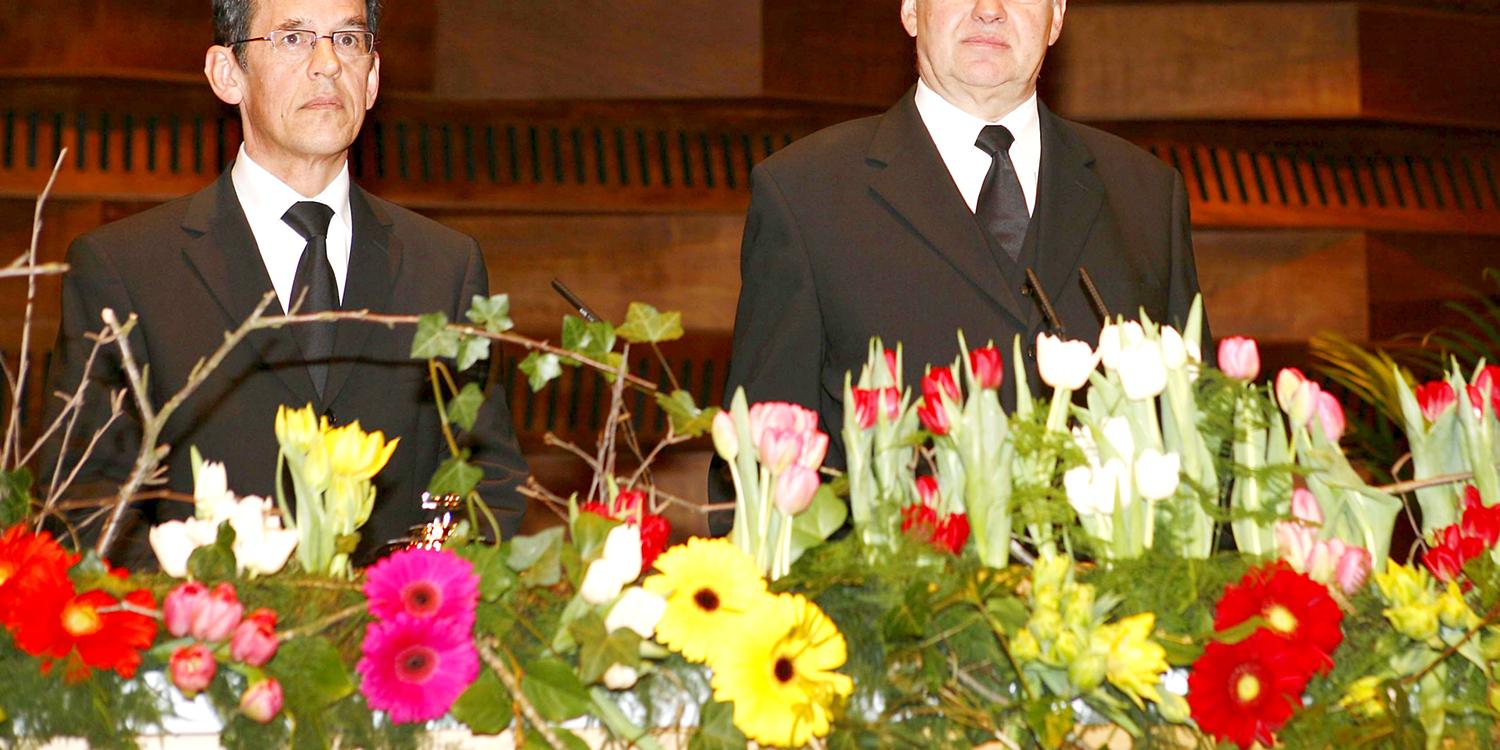 Groningen. Sunday, 18 March 2007 was a memorable day in the history of the New Apostolic Church in the Netherlands. The brethren there received a new Apostle in Peter Klene, who will now work together with District Apostle Theodoor de Bruijn to direct the pastoral care and organisational operations of the District Church.

Chief Apostle Wilhelm Leber, the international leader of the New Apostolic Church, conducted the central divine service in Groningen’s Oosterpoort Hall. The divine service was transmitted live via satellite to various congregations throughout the Netherlands and to Malta.

Apostle Peter Klene is 49 years old and a pharmacist by profession. The Nieuw-Apostolische Kerk in Nederland numbers approximately 12,000 members in 78 congregations.

For more details on the District Church of the Netherlands, visit the website of the NAC Netherlands. 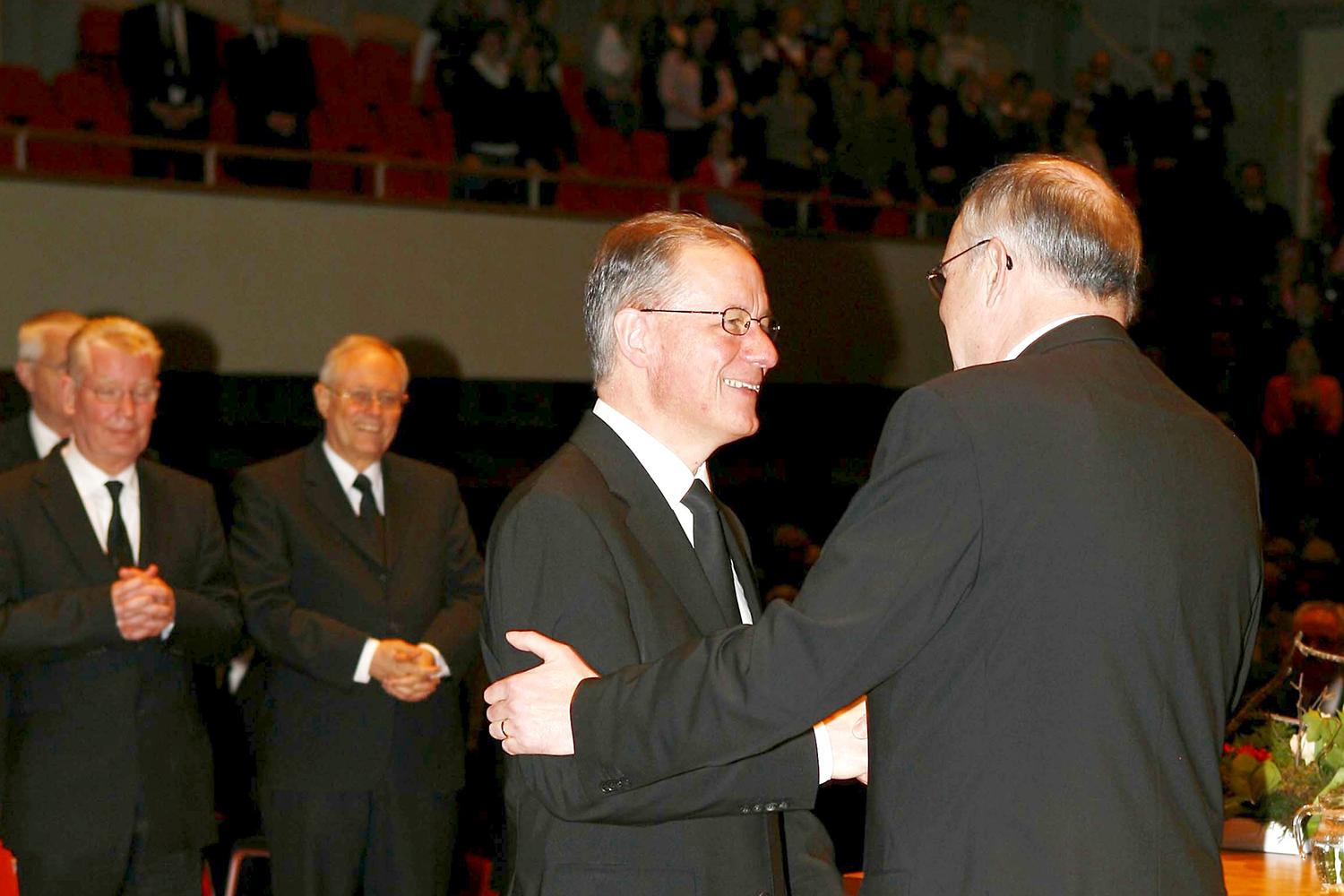