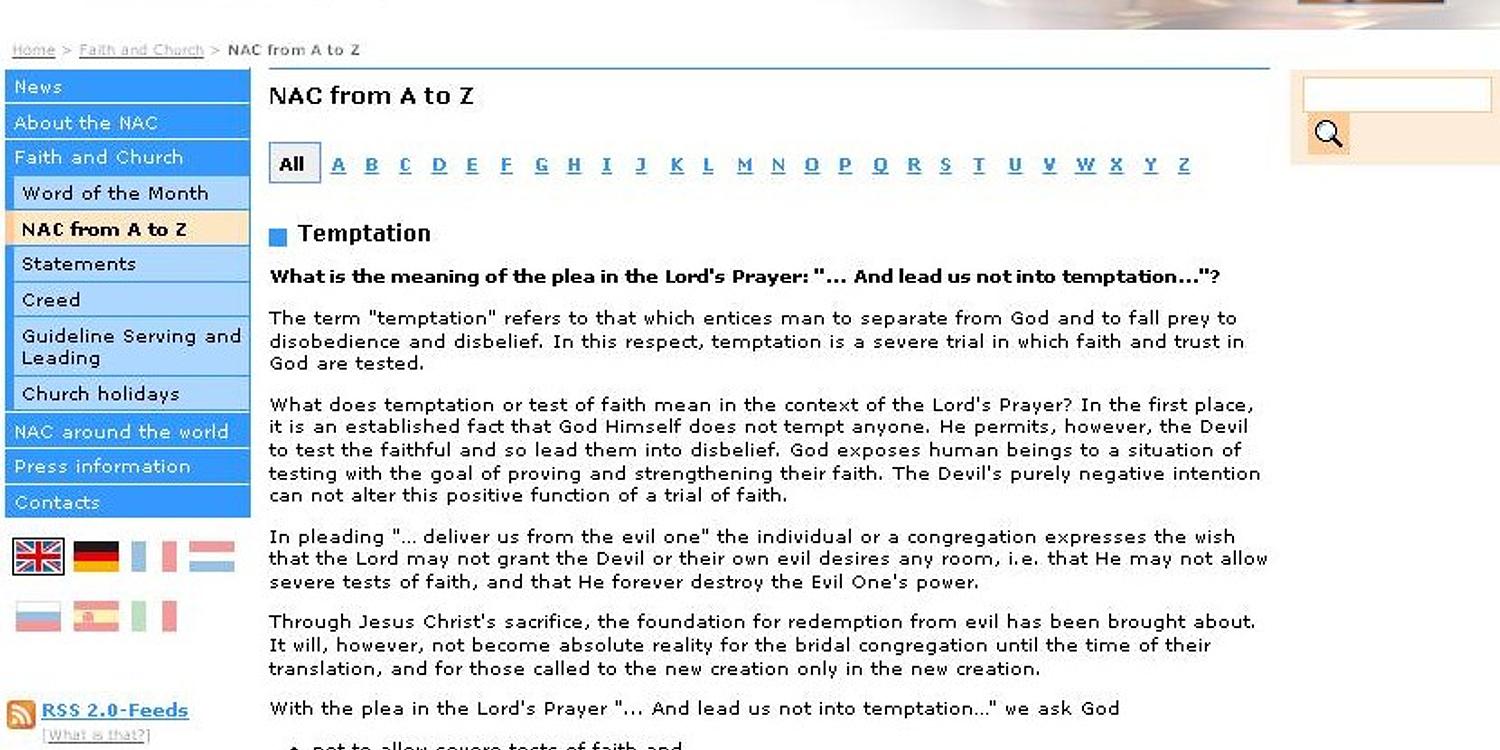 Theological explanation of the term “temptation” in the Lord’s Prayer

NAC from A to Z

Zurich. During the last District Apostle Meeting in Zurich the District Apostles listened to a theological lecture on the topic “What is the significance of the plea ‘And lead us not into temptation’ in the Lord’s Prayer?” A detailed explanation on this subject will appear in both the Church magazine “Our Family” and the monthly “Word of life” circular for ministers. We will publish a brief summary here.

The term "temptation" in the Lord's Prayer means, on the one hand, that God places man in a situation of testing, and on the other, that God permits the Devil to tempt the faithful by trying to lead them into disbelief. When God allows for a test of faith – this is the best interpretation of the term "temptation" – He does not do so in order to make man fall, but rather to give man the chance to prove his faith and thereby be strengthened in it.

From God's perspective, a test of faith has an exclusively positive function, which can be nullified neither by the Devil's purely negative intention nor by the human propensity to sin.

With the plea in the Lord's Prayer "And lead us not into temptation" we ask God not to permit severe tests of faith, and to forever destroy the Evil One's power.

Also see "NAC from A to Z: Temptation".