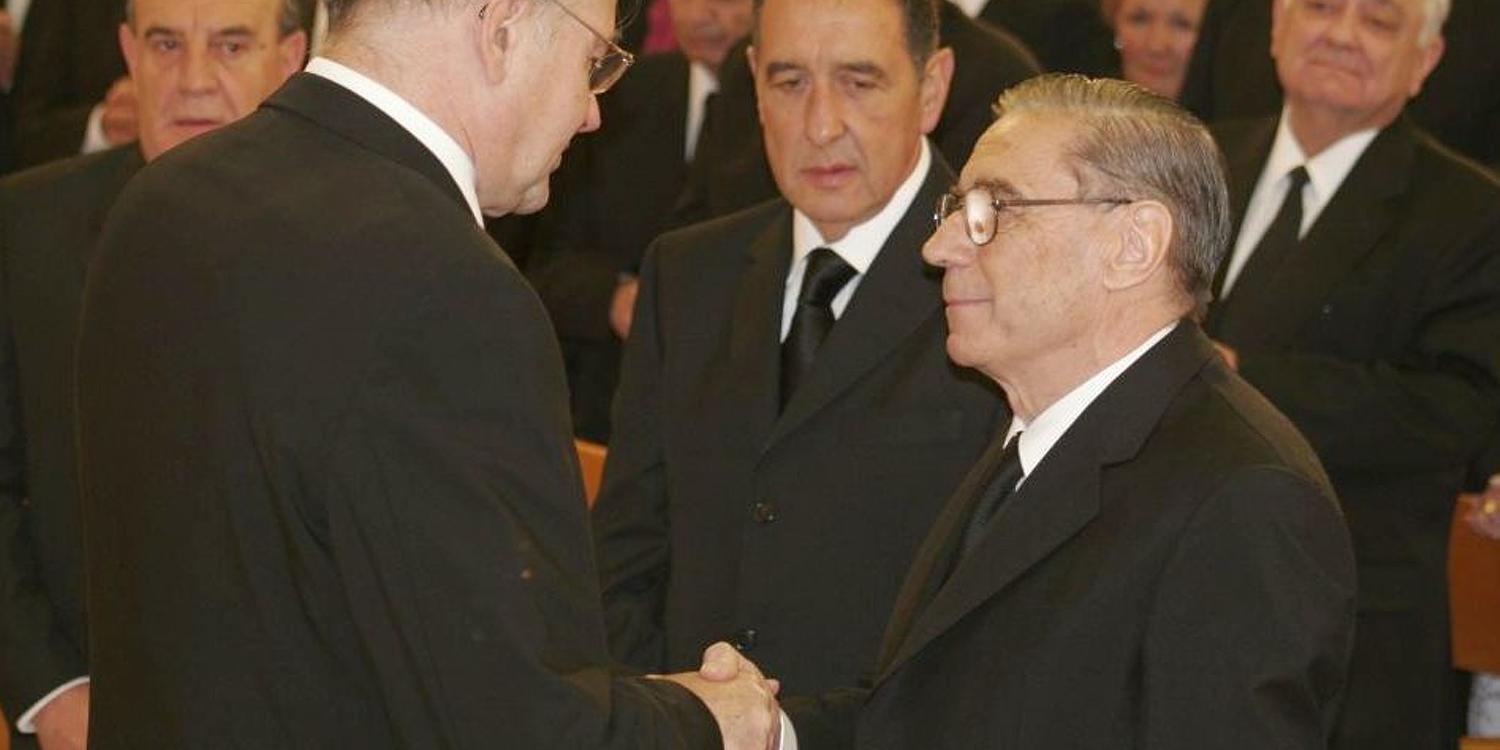 Buenos Aires. “Hasta luego – Till we meet again!” It was with these words that Chief Apostle Wilhelm Leber, leader of the New Apostolic Church International, took leave of his brethren in faith in Argentina. He and a number of District Apostles had been travelling through the South American continent for some two weeks. A new District Apostle was ordained in Argentina.

The festive divine service with ordination took place in the Argentine capital. More than 50,000 souls took part in the service via satellite transmission. Chief Apostle Wilhelm Leber spoke the first sentences of the service in Spanish. The Bible passage from Jeremiah 29: 13-14: “And you will seek Me and find Me, when you search for Me with all your heart. I will be found by you, says the Lord, and I will bring you back from your captivity; I will gather you from all [nations] and from all [places],” wove its way through the service like a golden thread.

District Apostle Mario Fiore, minister of the New Apostolic Church since 1958, and leader of the District Churches of Argentina and Uruguay since 1992, was given a festive discharge into retirement. Chief Apostle Leber honoured his co-worker with emotional words, describing him as a personality of faith, a loving, but also diligent blessing bearer, and a prudent and wise man. The Chief Apostle mentioned that during Mario Fiore’s tenure as District Apostle, the membership of the Church in Argentina had increased by more than 50 percent, and that over this time, the District Apostle had constructed some 175 churches. 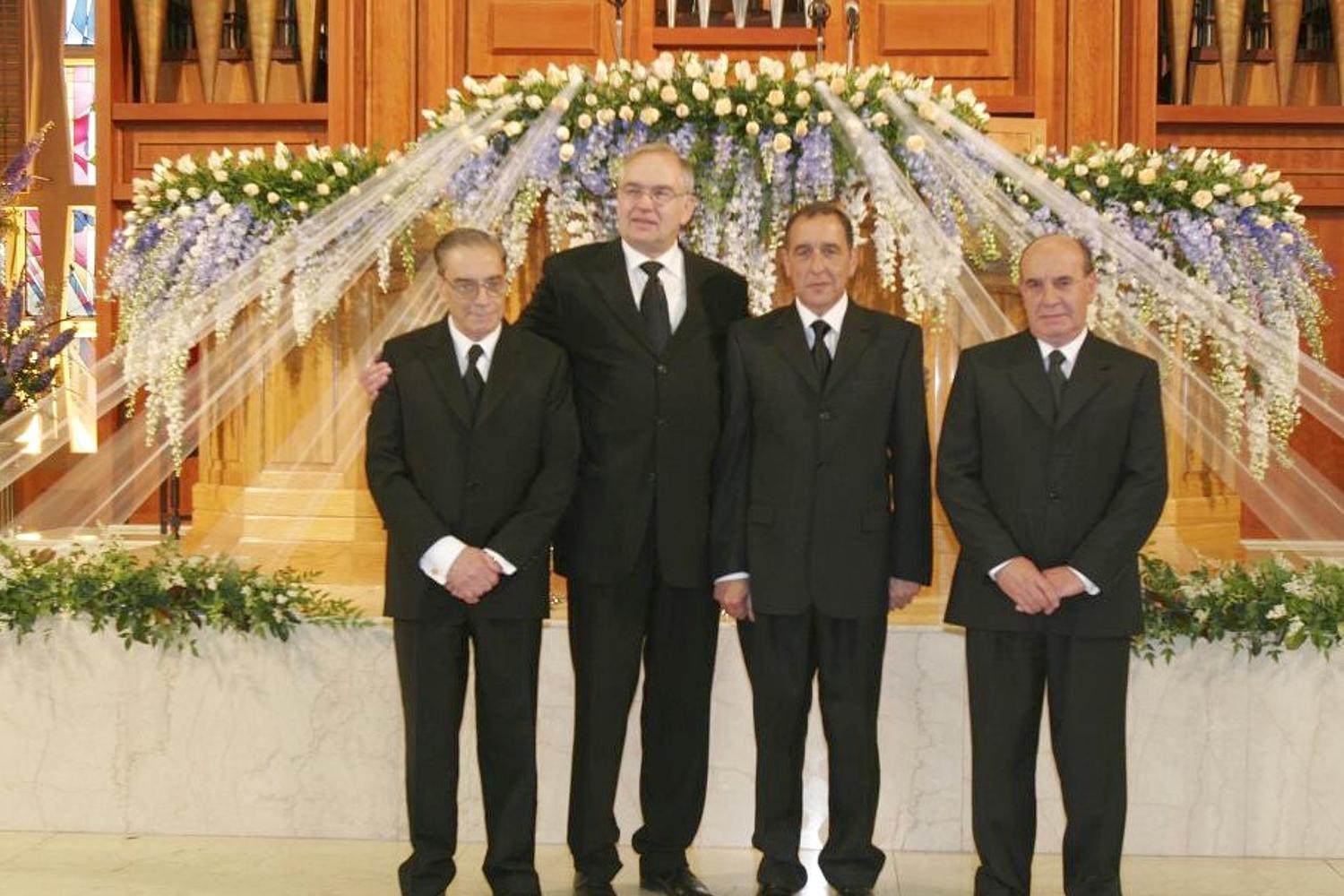 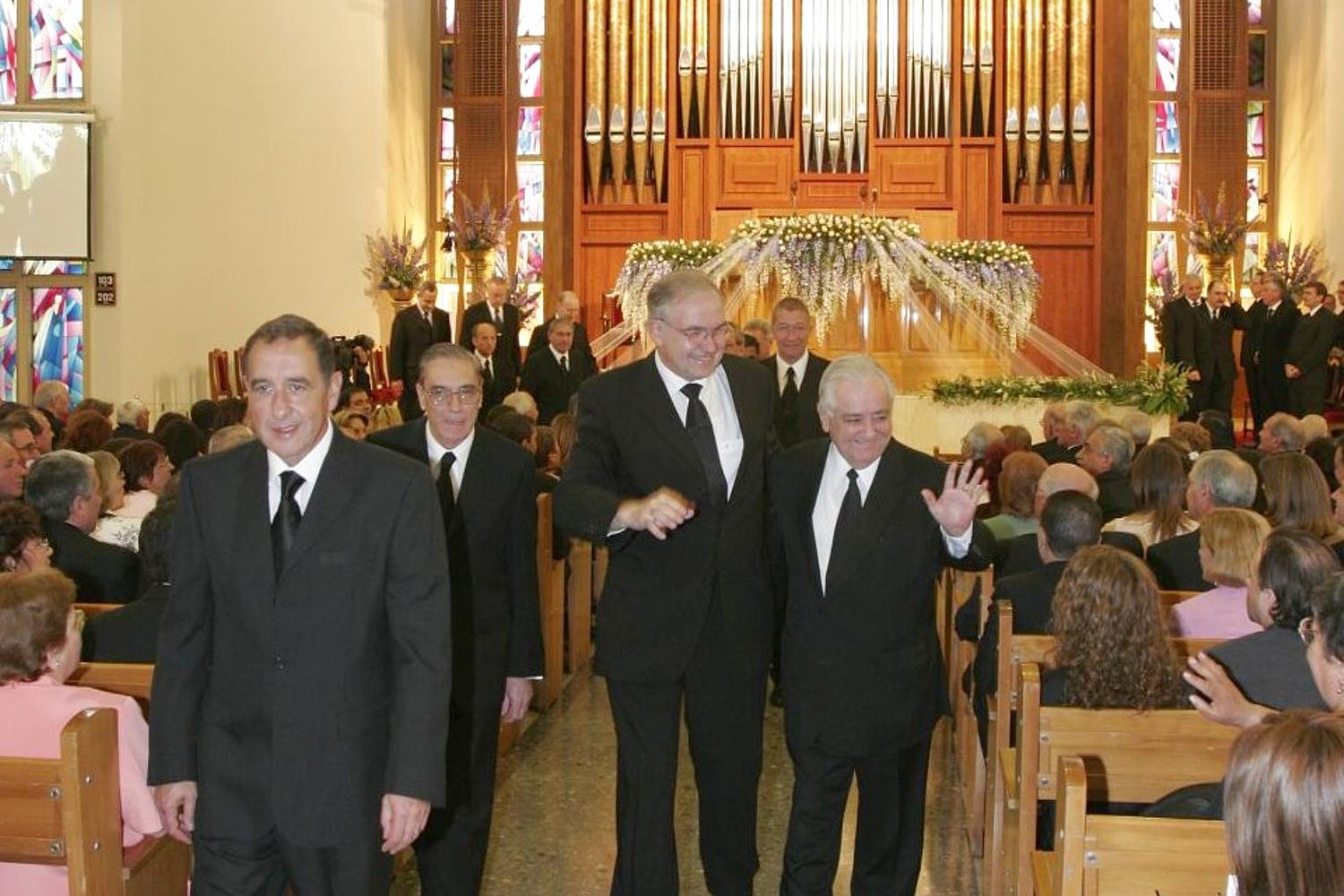