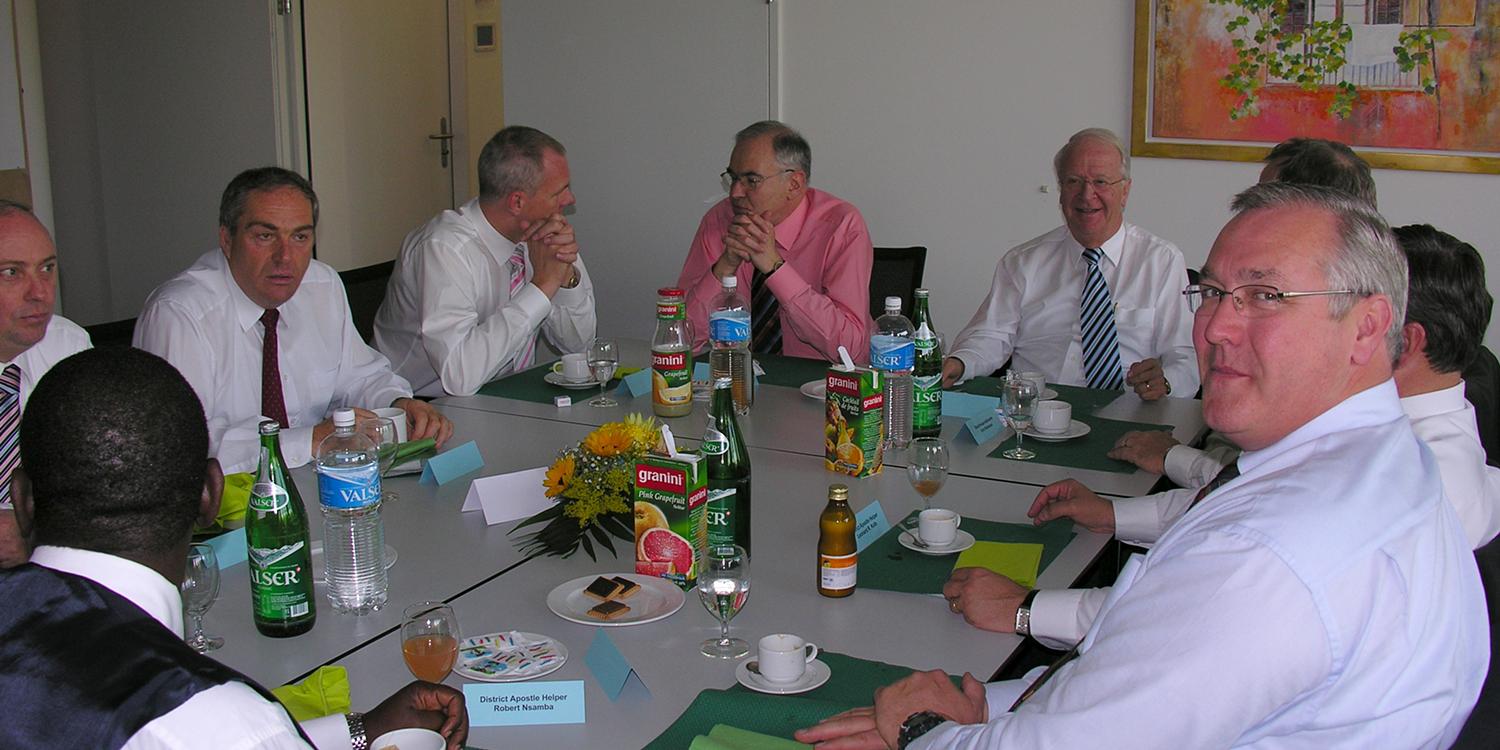 Zurich. When the temperatures rise in high summer, ministers of the New Apostolic Church are no longer required to wear their jackets when preaching from the altar during divine services. To date, officiating ministers have had to wear a black suit in divine services. With this order, Chief Apostle Wilhelm Leber confirmed the special regulation he announced in the hot summer of 2006.

The ruling, which was approved in the recent District Apostle Meeting, states specifically: during the heat of the summer season (at room temperatures upwards of 28 degrees Celsius) it is appropriate for ministers, including the officiant, to remove their jackets. The officiating minister will decide on this uniformly for all ministers after consulting with the responsible congregational rector. For special acts (e.g. Holy Baptism, wedding anniversaries, etc.) the officiating minister should consult on this matter with all those involved before the start of the service. As always, ministers are asked to wear a white shirt with a black tie. As a rule, ministers conducting funeral services will wear a full black suit.