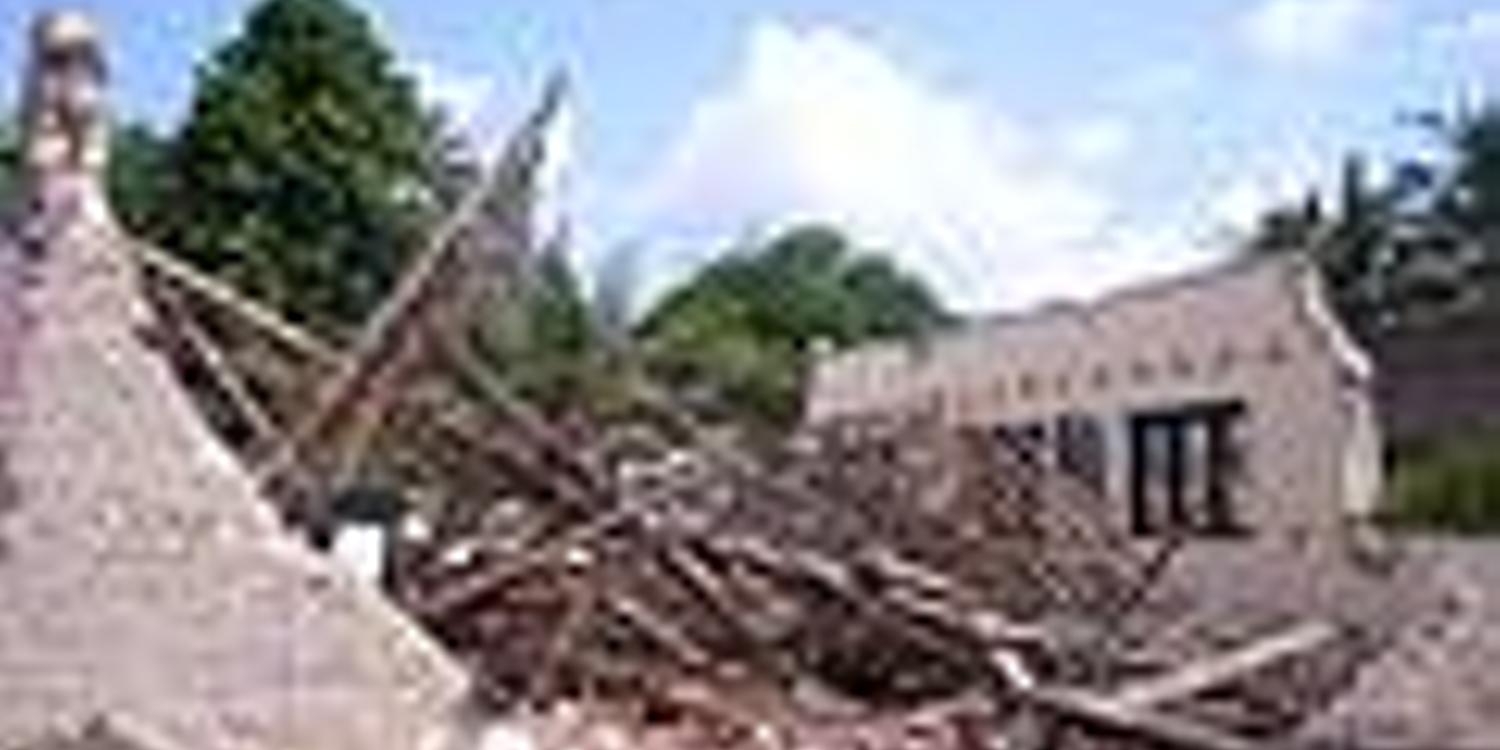 Earthquake relief at work in Indonesia

Dortmund/Mawen. Earthquake relief is at work in Indonesia! "NAK-karitativ", the aid organisation of the New Apostolic Church headquartered in Dortmund reports this information in its most recent newsletter. The locally responsible earthquake relief coordinator, Apostle Edy Isnugroho, reports on the first reconstruction efforts to restore churches and homes. Machines and building materials have arrived and are being put to work in the meantime. Reconstruction of homes has also begun in Mawen, the most heavily damaged area in the deployment region.

Cement and structured steel are easy to acquire, however the purchase of bricks and sand requires a great deal of patience, he relates. Vans and trucks often wait for hours in front of factories until the materials they have ordered are supplied. Again and again there are bottlenecks with these building materials. And the time pressure is enormous, since the rainy season begins in October.

The New Apostolic relief organisation "NAK-karitativ" expresses warm thanks to all its donors. By the end of July some 350,000 Euros designated for "Indonesian earthquake relief" were donated. Since May 2006, the amount of donations for catastrophe relief without specific designation likewise increased by around 60,000 Euros, and donations for general relief efforts without specific designation increased by approximately 225,000 Euros. “These funds will suffice to finance the vast majority of our earthquake relief efforts in Indonesia,” says Bernd Klippert, the director of "NAK-karitativ".

After consultation between the two organisations, tsunami relief donations in the amount of 550,000 Euros not yet deployed by the missionary wing of the New Apostolic District Church of Southern Germany will be transferred to "NAK-karitativ". Some 200,000 US dollars are to be used in the reconstruction of the administrative, education, and seminar centre of the New Apostolic Church in Colombo, Sri Lanka, which was destroyed by the tsunami of December 2004. In collaboration with German Agro Action, a further 200,000 Euros have been earmarked for the construction of an early-warning system in villages on the south and east coasts of the Indian Ocean. Some 70,000 Euros have also been set aside for the purchase of construction supplies for approximately 300 homes in Gampong Boru, Aceh in Sumatra, in cooperation with “terre des hommes.”