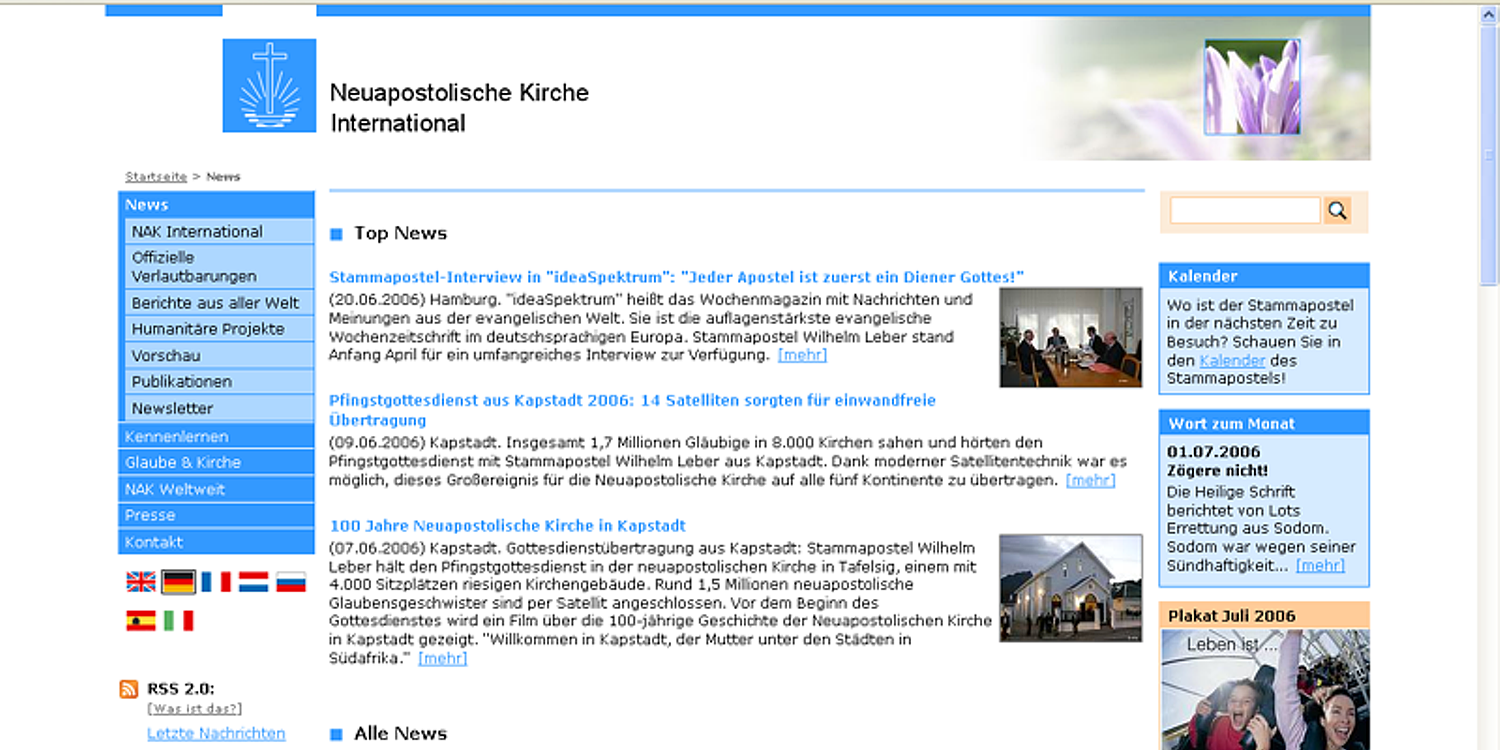 Zurich. For years the international website of the New Apostolic Church has presented an exhaustive inventory of current announcements and reports from the “New Apostolic world.” As of 1 August 2006 this online presentation will be redesigned: new contents will be added, and the site will be updated with a more modern layout.

Already at the end of 1996 the then Chief Apostle Richard Fehr initiated a project known as “The New Apostolic Church on the internet.” A small work group established the basic elements of the site and secured the approval of the Church administration on a set of internet guidelines. On 17 April 1997 the international website www.nak.org came online. The individual District Churches of the New Apostolic Church around the world soon followed suit, and today most of these Churches are also represented by an official site on the World Wide Web.

Since that time, little has been altered in terms of layout, however this will change when the visual format is modernised with the website’s re-launch. In future the borders will have a three-part structure: a list of headings, an announcement column, and a section for special instructions will define the new look.

There will also be some supplementary contents: the heading “NAC from A to Z” will provide an alphabetised list of all announcements published to date. In addition, a heading entitled “International reports” will bring together all District Churches on all continents with the click of a mouse. In addition there will be a press section where press announcements and press photos can be viewed.

We will continue to report. 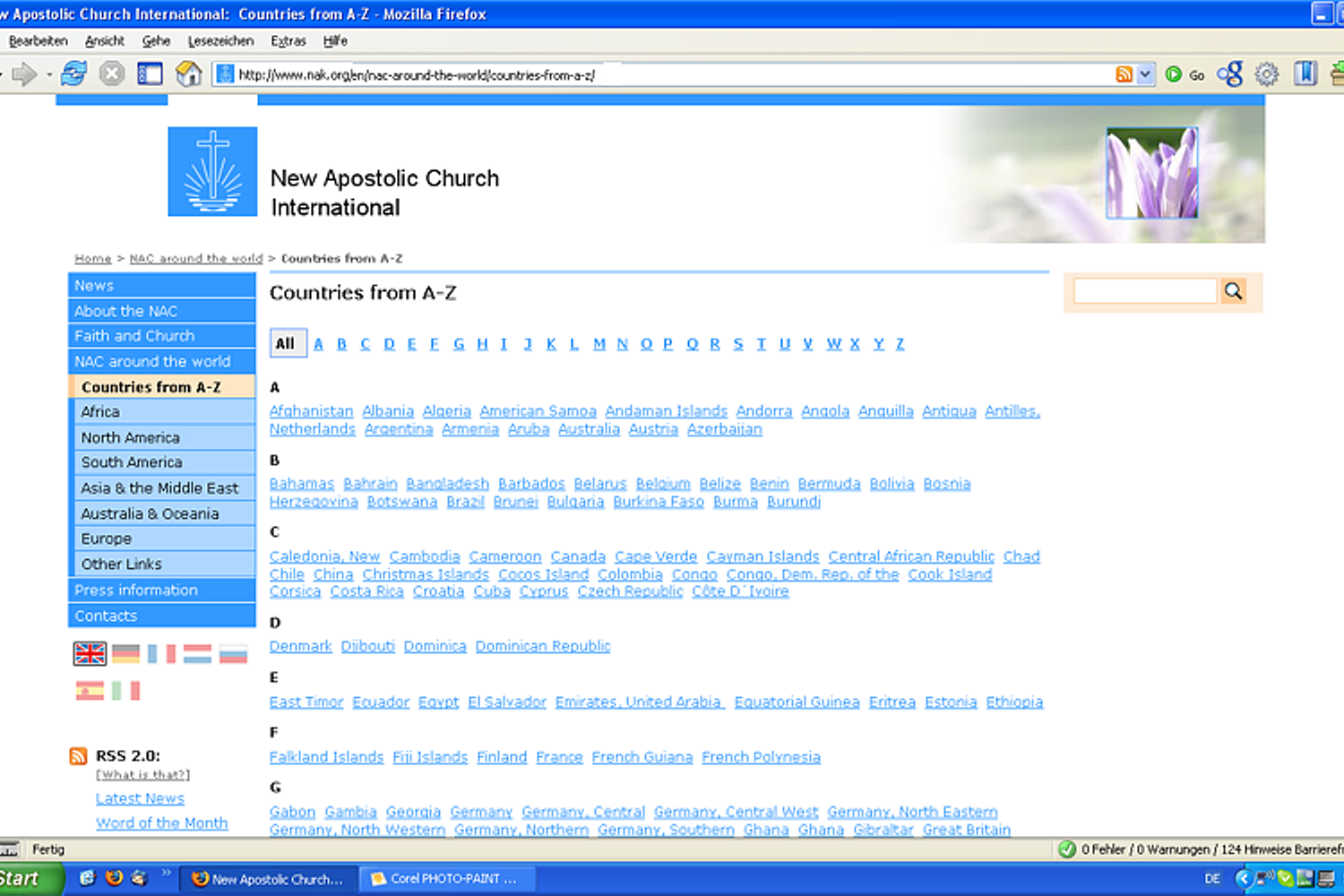