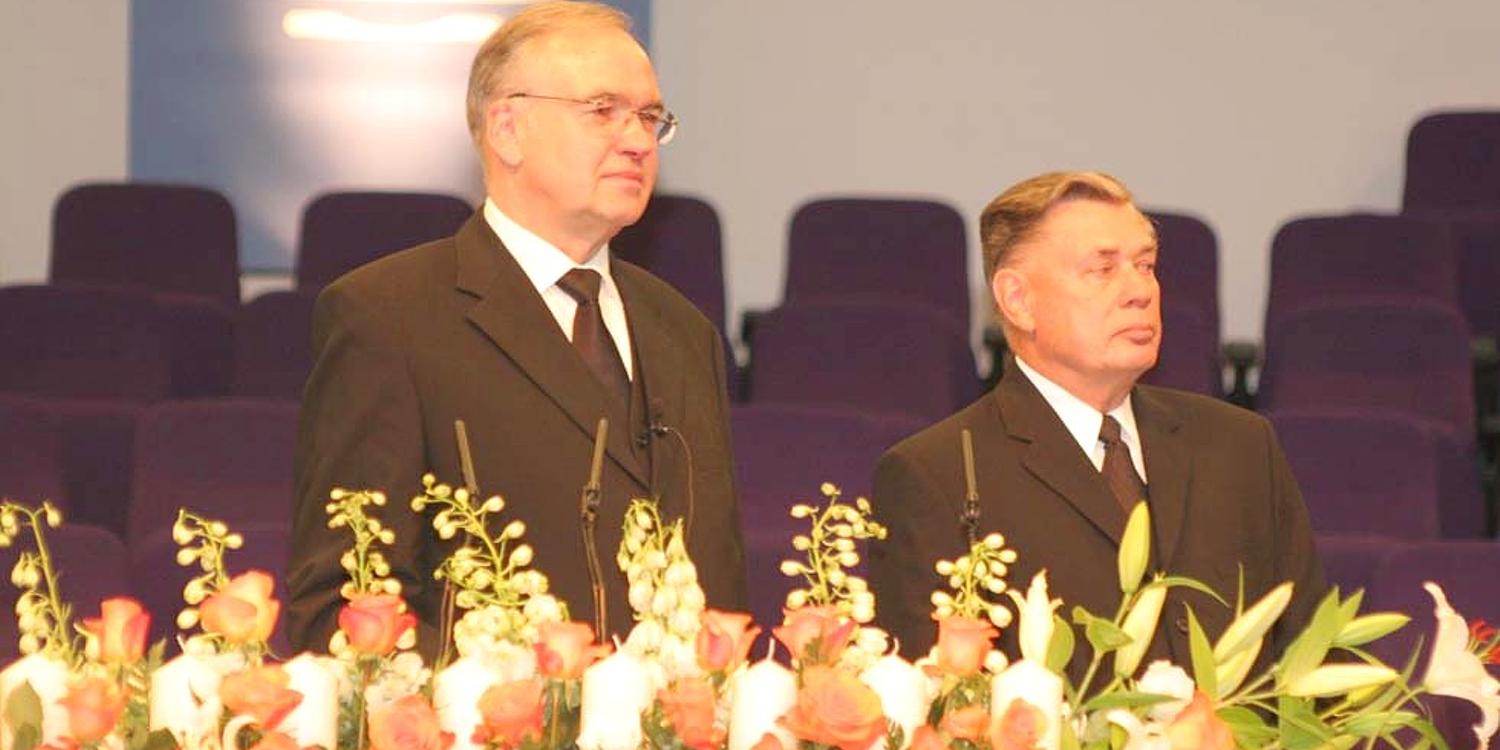 He served the Lord with complete dedication: District Apostle Helper Karl Hoffmann given a festive retirement

Birmingham. District Apostle Helper Karl Hoffmann actually lives in Florida, but he is hardly ever to be found there. As a District Apostle Helper in the New Apostolic District Church of the USA, his numerous and widespread working areas would often bring him to some of the most remote regions of the world. Last Sunday he was given a well-deserved retirement from active ministry at the age of 65.

Sunday, 18 June 2006: Chief Apostle Wilhelm Leber conducted the divine service in Birmingham, England and retired District Apostle Helper Karl Hoffmann. Karl Hoffmann was responsible for the pastoral care and organisational work of the New Apostolic Church in England and other areas. In 1969 he received his first Church ministry when he was ordained a Sub-deacon in the congregation of West Palm Beach, Florida. Since 1996 he has been active as an Apostle. In October 2000 he was also appointed a District Apostle Helper. He was well known as a loving shepherd of souls in many congregations of various countries throughout South and Central America, the Caribbean Islands, Great Britain, Ireland, Tanzania, and several districts of the USA.

Chief Apostle Leber honoured this man of God as a great zealot who had worked with complete dedication. At the beginning of the divine service he greeted the festive congregation, who had assembled in the Bethel Convention Centre, with a Bible passage from Psalm 100: 4: “Enter into His gates with thanksgiving, and into His courts with praise. Be thankful to Him, and bless His name!” The Chief Apostle said it is always something special when we give thanks to the Lord. He encouraged the congregation to enter through the “gates of the worship of God, of humbleness, of willingness to reconcile, and of trust.” 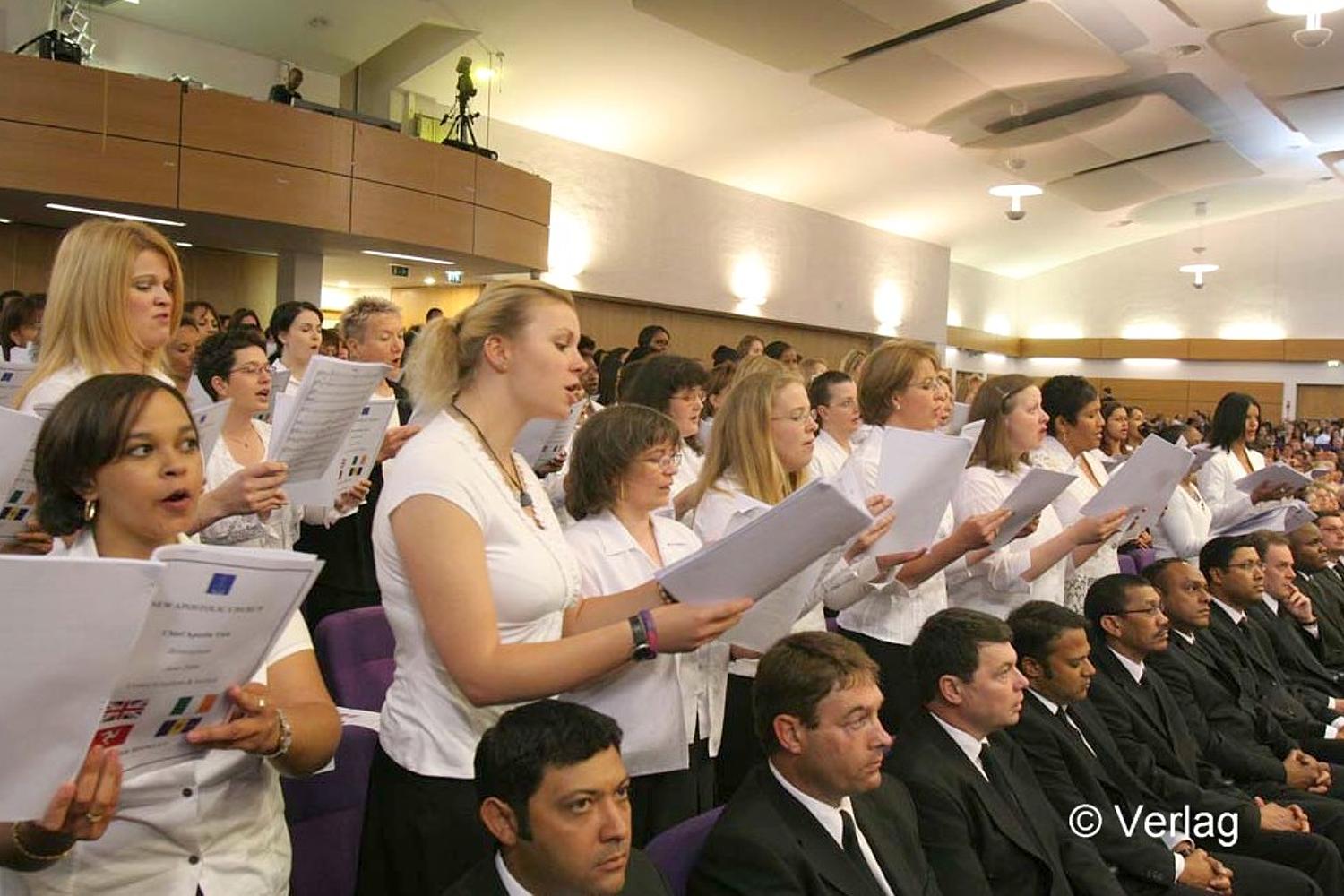