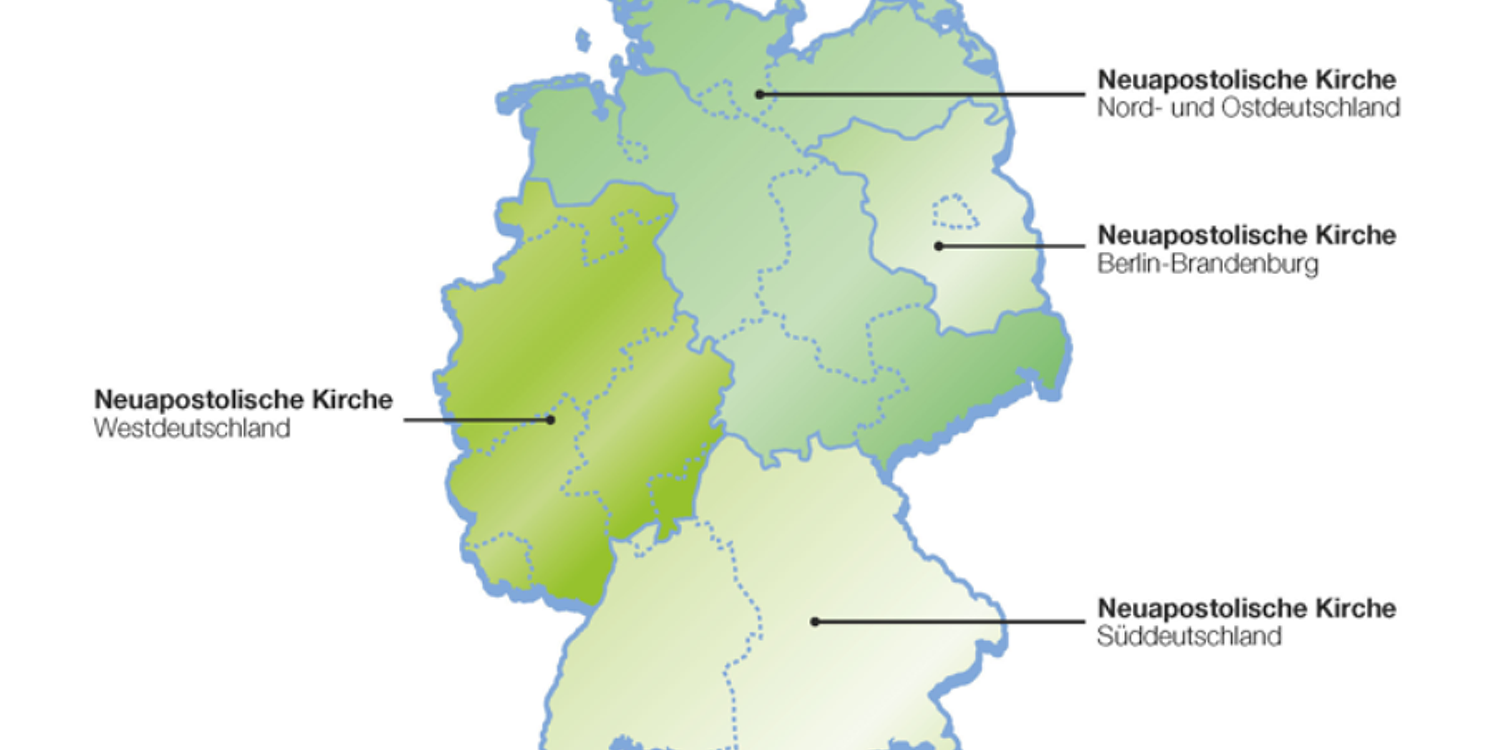 Zurich. At the conclusion of the divine service on Sunday, 13 December 2020, the international Church leader, Chief Apostle Jean-Luc Schneider, announced plans for the amalgamation of two District Apostle districts. The timeline for the planned change: sometime over the course of the year 2022.

The two District Apostle districts of Berlin-Brandenburg and Northern and Eastern Germany will be amalgamated in the course of the year 2022. This announcement was made by Chief Apostle Jean-Luc Schneider yesterday in Zurich. The divine service, which was transmitted to the entire working area of District Apostle Wolfgang Nadolny by satellite and YouTube, was actually supposed to have taken place in the congregation of Spreewald/Lübben originally, but the restrictions resulting from the corona pandemic made it impossible for the Chief Apostle to travel there. Nevertheless, the divine service still had something of an East German and Eastern European atmosphere, thanks to musical recordings supplied by a Russian choir and the Berlin school choir.

To everything there is a season

“‘To everything there is a season’—we can already read this in the third chapter of the book of Ecclesiastes,” remarked the Chief Apostle in his brief remarks concerning the amalgamation. In 2021 Apostle Klaus Katens, who will have reached the age of 65, will take his retirement. And District Apostle Wolfgang Nadolny will also turn 65 in May 2021. This means it is time to make some decisions for the future.

The plan is to merge the District Apostle district of Berlin-Brandenburg with the District Apostle district of Northern and Eastern Germany over the course of the year 2022. “In order to ensure there is a good transition, we need to allow sufficient time,” stressed the Chief Apostle.  In so doing, he made reference to the positive experiences gained from merging other District Apostle districts. In the process, the aim was always to align the multiple operational processes in the individual church offices before the actual legal merger took place. “And that is also what is to happen on this occasion in order to ensure a smooth transition,” said the Church leader.

Amalgamations in Germany, Europe, and Asia

Outside of Germany’s national borders, the Church in Berlin also serves many other congregations in Eastern Europe and Central Asia. The newly emerging District Apostle district, for which District Apostle Rüdiger Krause will be responsible, will thus comprise a total of 21 independent District Churches with over 100,000 church members in nearly 500 congregations. In Northern and Eastern Europe, these include the congregations in Denmark, Estonia, the Faroe Islands, Finland, Greenland, Iceland, Ireland, Northern and Eastern Germany, Norway, Poland, Sweden, and the United Kingdom with Northern Ireland. In Eastern Europe and other Central Asian countries, the congregations served include those in Belarus, Berlin-Brandenburg, Kazakhstan, Kirgizstan, Mongolia, Russia, Tajikistan, Turkmenistan, and Uzbekistan.