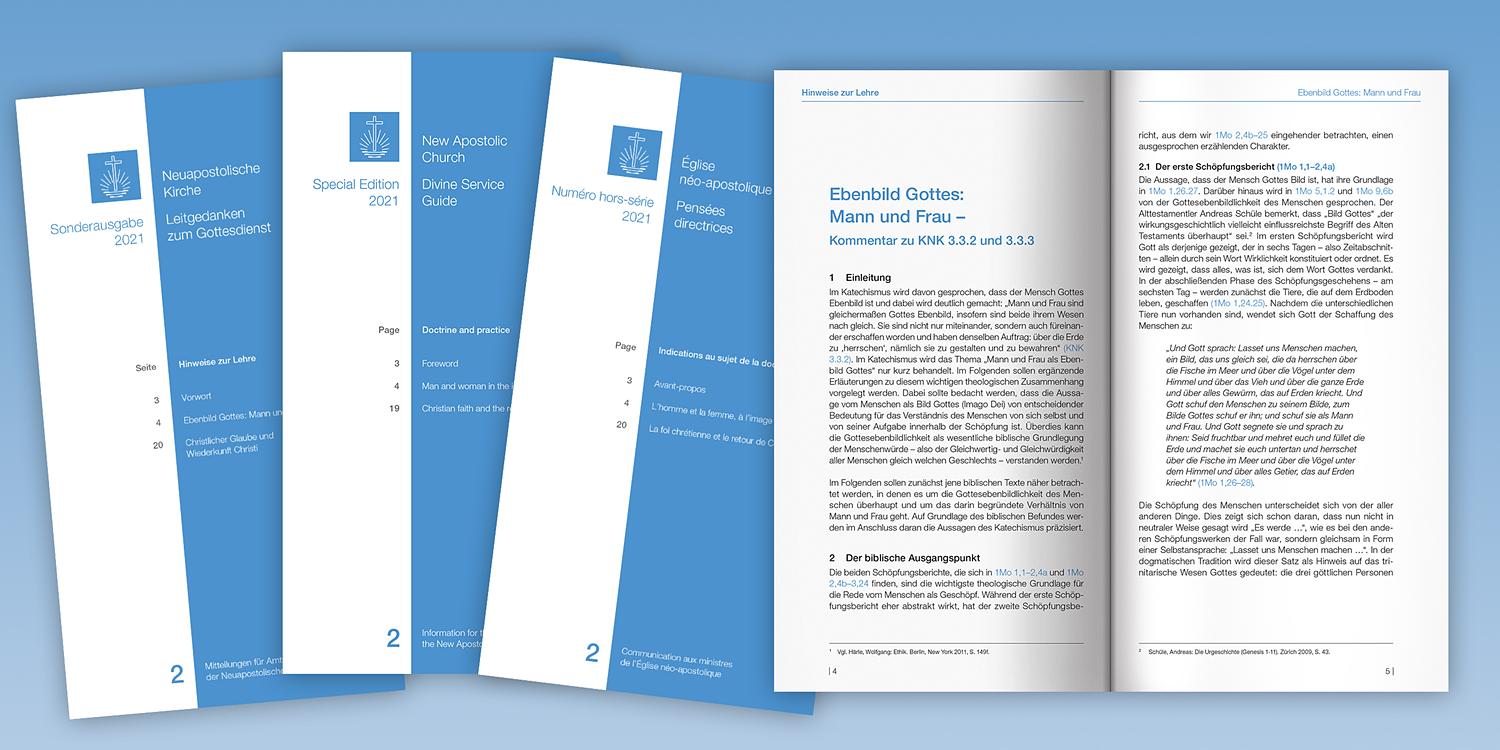 Woman and man: equal in the eyes of God

Woman and man are created in the image of God: they are of the same nature and dignity, and are both called to shape the earthly creation. This is the essential conclusion of the latest essay published by the New Apostolic Church International.

The current special edition of the Divine Service Guide features the essay “Man and woman in the image of God”. This was a major subject of discussion by the District Apostle Meeting last year, chaired by the Chief Apostle.

The explanations comment on statements from the Catechism concerning man’s likeness to God. The essay goes into greater detail on the broadly outlined explanations of sections 3.3.2 and 3.3.3 in the Catechism and expands on their biblical foundations. The two accounts of the creation found in Genesis 1: 1–2: 3 and Genesis 2: 4; 3 constitute the most important theological foundations.

Assigned with a mandate

The statement that man is created in the image of God has its foundations in the first account of creation. At first, the word “man” is used as a generic term, and is only given a concrete meaning later on through the biological specification “man and woman”. From the start, human beings created in the image of God thus incorporate both genders in terms of substance. Man and woman are assigned a mandate by God: “Be fruitful and multiply; fill the earth and subdue it.”

In summary, it can be said that not only the duality of human sexuality, but also the equality of man and woman, are based on God’s creative will. According to Genesis 1, any subordination of one gender to the other must be described as contrary to the will of God and the creation.

Created for one another

The special status of man, his function as the image of God within the creation, is thus also brought to expression in the second account of creation. The figure that God has formed of the dust of the earth receives its breath of life directly from Him.

Also the second account of creation does not imply any sort of hierarchy of the genders. According to Genesis 2, the man initially existed alone and had not yet been sexually differentiated. God created a counterpart of equal rights and dignity in order to overcome human loneliness. Man and woman are created for one another in order to help one another.

Understanding is influenced by society

The essay concludes with the following summary: