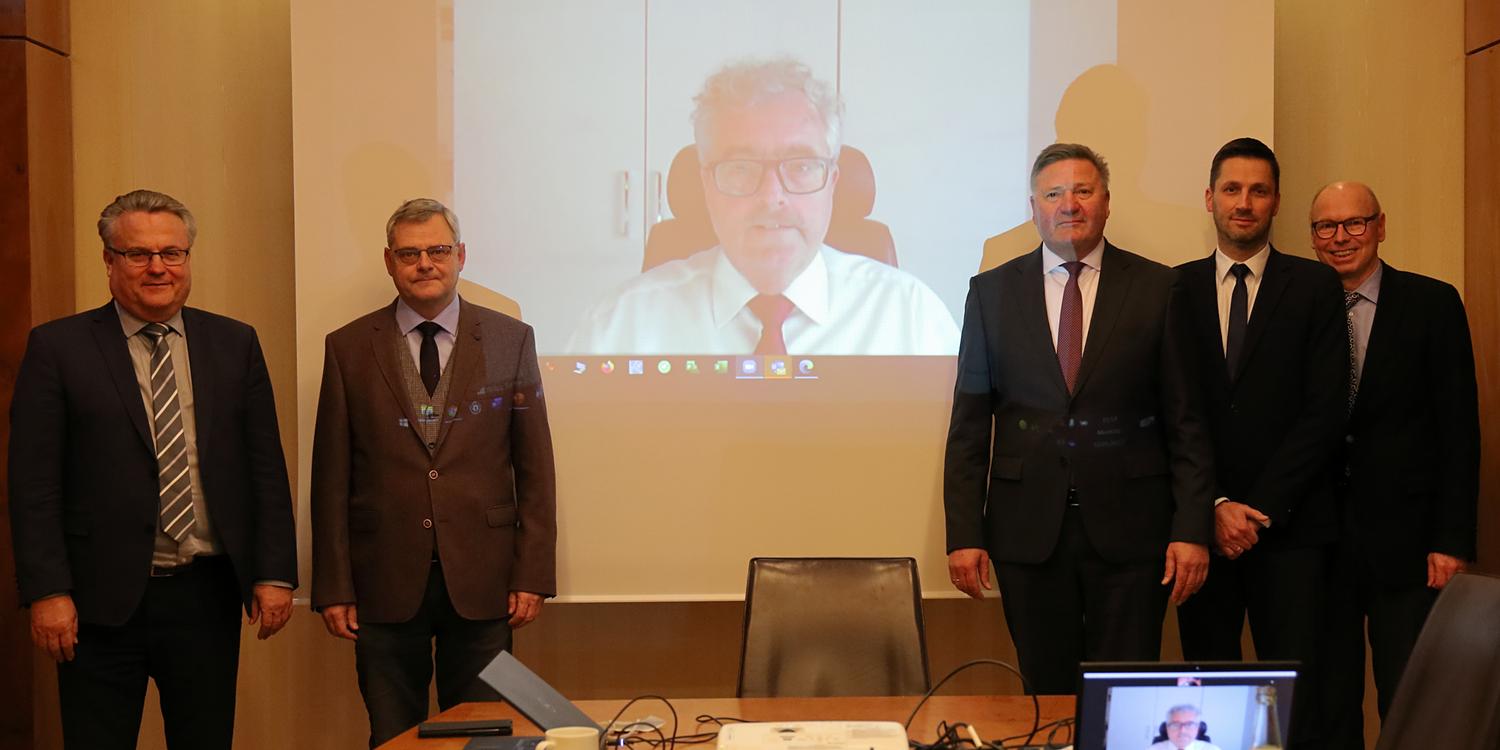 The Work Group “Instructions for Ministers” is now under new direction: now that he is retired from ministry, Apostle Philipp Burren has handed over the chairmanship of the group to Bishop Manfred Bruns.

The working group, which is known as WG IFM for short, develops training modules for the Regional Churches by mandate of the international Church leadership for use around the globe. These teaching units are available in English, French, German, and Spanish.

Apostle Burren has been a member of WG IFM since it was established in 2011, and became its chairman at the beginning of 2015. Bishop Manfred Bruns previously served as project manager for the working group.

As the CG representative responsible for the group, District Apostle Rainer Storck (Western Germany) expressed his thanks to the retiring chairman for his many years of great commitment during the group’s most recent meeting on 10 January 2022 in Düsseldorf, Germany. Due to COVID-19 restrictions, Apostle Burren was not able to attend the meeting in person, but was connected by video from Switzerland.

Chief Apostle Jean-Luc Schneider had already expressed his gratitude to Apostle Burren in an official letter releasing the retiring chairman from his leadership duties, and made particular mention of the manner in which the Apostle had always fulfilled his tasks with great wisdom and personal commitment.

District Apostle Storck welcomed Apostle Matthias Pfützner to the team as the newest member to fill the place of the retiring Apostle. Apostles Martin Schnaufer and Ralph Wittich are likewise members of the WG IFM.