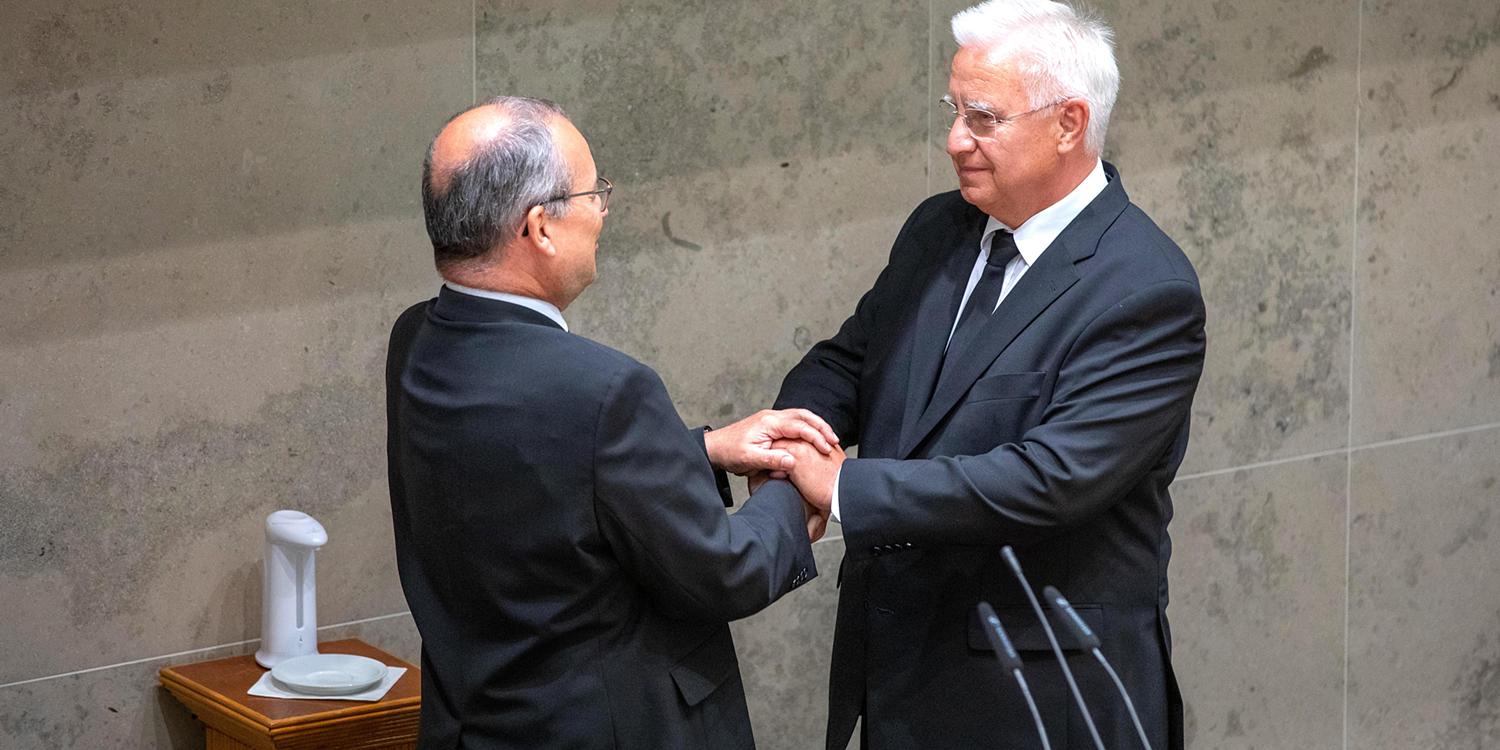 Consolidation through amalgamation. The New Apostolic Church is continuing its course. The latest step was the amalgamation of two District Apostle Areas in Germany this past Sunday. That same Sunday still the new website was unveiled, manifesting the change.

After 45 years as a minister, District Apostle Wolfgang Nadolny of Berlin-Brandenburg, Germany, was discharged into a “truly well-earned retirement” on 22 May 2022. This is how the Church leader, Chief Apostle Jean-Luc Schneider, formulated it. He lauded the District Apostle’s enthusiasm and loving devotion.

His working area was transferred to District Apostle Rüdiger Krause, who leads the New Apostolic Church Northern and Eastern Germany. The new entity under this name is comprised of 21 independent Regional Churches in Northern and Eastern Europe as well as in Central Asia with around 100,000 members in nearly 500 congregations.

The Chief Apostle announced this merger at the end of 2020 already, stating that sufficient time must be allowed for a good transition. For this reason, Helge Mutschler was assigned a District Apostle Helper in February 2021 initially for Northern and Eastern Germany, and then for Berlin-Brandenburg in November 2021.

In the meantime, eight project groups consisting of employees from both Church administrations prepared the merger in detail. The communication group presented its results right on time on the day of the merger: in the course of the Sunday, the new, joint website was launched.

This is already the fifth merger of District Apostle Districts in Chief Apostle Schneider’s term of office: the formation of the New Apostolic Church Northern and Eastern Germany—which in 2016 united the previously independent districts of Northern Germany and Central Germany—was the first such amalgamation.

The strategy is clear: “In today’s world it is no longer conceivable for a global church such as ours to be led by a single man,” Chief Apostle Schneider had said in an interview in 2018. “Of course, shared leadership also requires certain rules. If the District Apostles are to be fully involved in the governance of the Church, their number cannot be too large.”

The current process of consolidation is simply following the course set into motion by Chief Apostle Wilhelm Leber during his time of office and ties in with the mergers that were implemented during the tenure of Chief Apostle Richard Fehr.