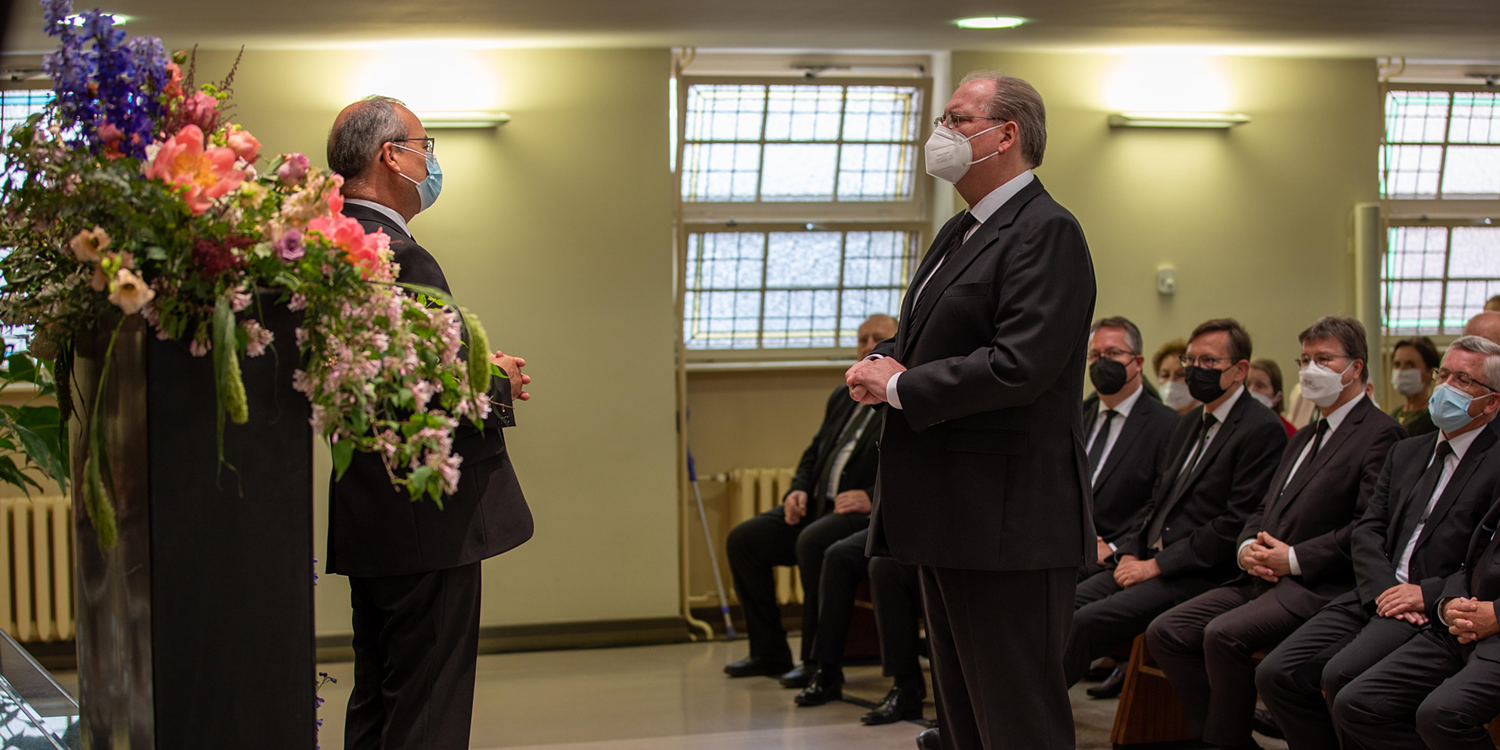 Berlin. The new Apostle for the district of Berlin-Brandenburg is Thomas Krack, formerly a District Elder. Chief Apostle Jean-Luc Schneider ordained him as an Apostle for the Regional Church Northern and Eastern Germany on Sunday, 22 May 2022.

Thomas Krack has been a minister in the New Apostolic Church since 1990, and was responsible for the church district of Berlin-Brandenburg-West since 2014. A trained business economist, he was also the district’s special advisor for music for many years. He is 55 years old and has been married to his wife, Sabine, for 28 years. The couple have two grown children.