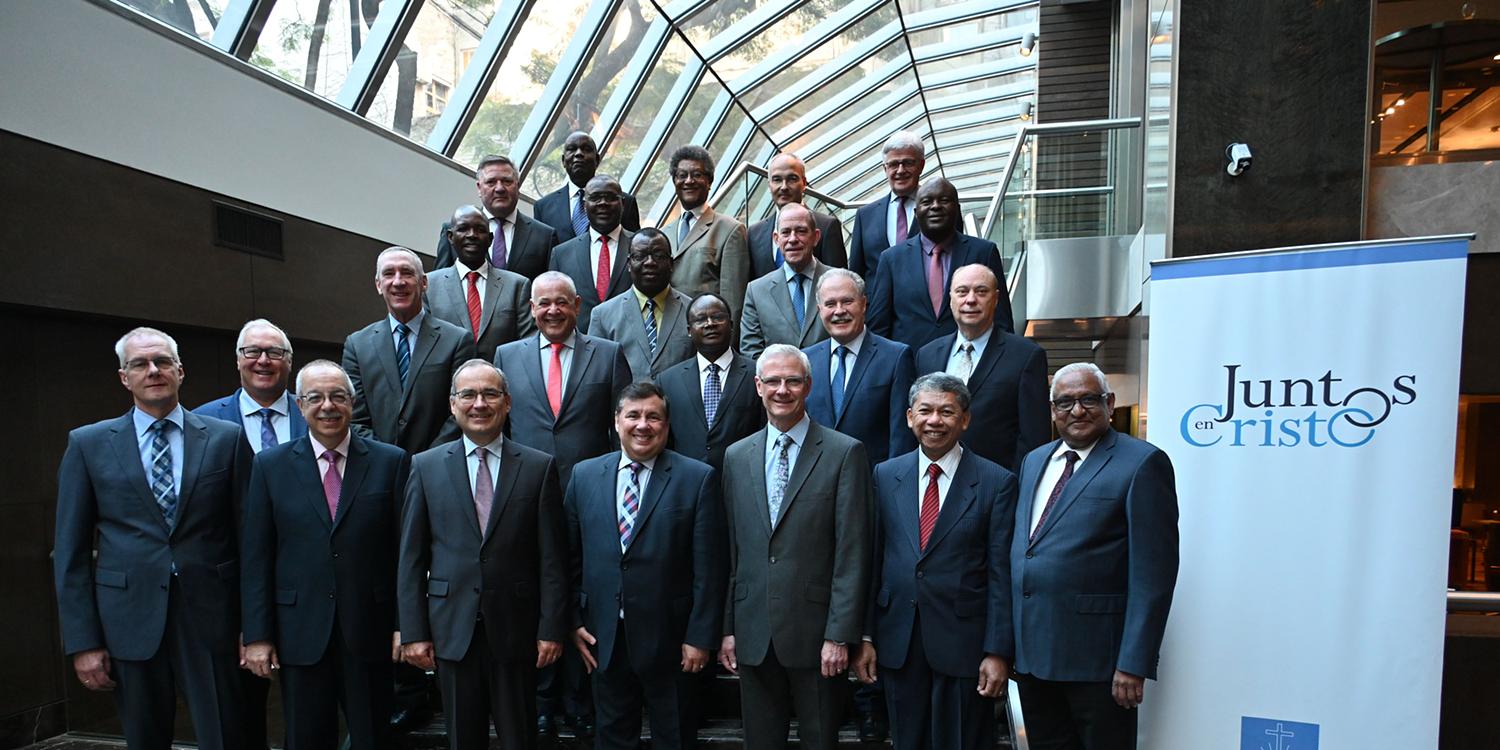 Board of Directors, Bible translations, teaching material, and the ordination of women… These were the topics on the agenda of the International District Apostle Meeting (DAMI) in Buenos Aires, Argentina.

Chief Apostle Schneider emphasised that it was important to him that “the worldly affairs of the Church rest on several shoulders”. He said it was his wish that the new Board of Directors accept joint responsibility and contribute their competencies in financial matters. “I am very grateful for this step,” he confessed after the vote. He said that it had been a concern of his for some time to share his leadership of the Church particularly in financial matters, which are linked to his ordination as Chief Apostle, with an elected Board of Directors.

The four board members were elected for a term of four years and can be re-elected once. Their specific tasks include defining both NACI’s financial strategy and investment strategy and approving the annual budget. The board also develops guidelines and recommendations for the governance of NACI and the Regional Churches.

The new NACI Statutes take effect next Monday, 6 June 2022 and will be posted on this website.

Even though the New King James Version of the Bible may seem a bit antiquated in places, it will remain the authority for the doctrine and liturgy in the New Apostolic Church in English-speaking countries. This is the result of deliberations concerning the question of Bibles in modern language. Reading and studying other Bible translations certainly makes sense, and is quite appropriate outside of the official framework.

The same applies for other countries. Next to the official use of the Bible, comparisons with more modern Bible translations are allowed:  for example, in French with the Louis Segond 2021 edition or in Spanish with the Reina-Valera Revision of 2004.

Work has begun on the teaching material for Religious Instruction classes, meaning that the revision of the children’s teaching material is entering the next round. The comprehensive material for the Sunday School children has been completed with printed text- and workbooks, a web portal, apps for mobile devices, and a short version for regions where the infrastructure is weaker. The textbooks and workbooks in Religious Instruction in German are planned for 2024.

Further on the way forward

Discussions on the ordination of women featured highly in the meeting. The fundamental debate continues to follow the roadmap outlined by Chief Apostle Jean-Luc Schneider. Concrete decisions will not be announced until all theologically relevant aspects have been dealt with.

During the most recent consultation on this subject, the international Church leader had made clear: “Whatever the outcome of our deliberations will be, the subject is too important to be dealt with hastily and solely on the basis of societal trends.”