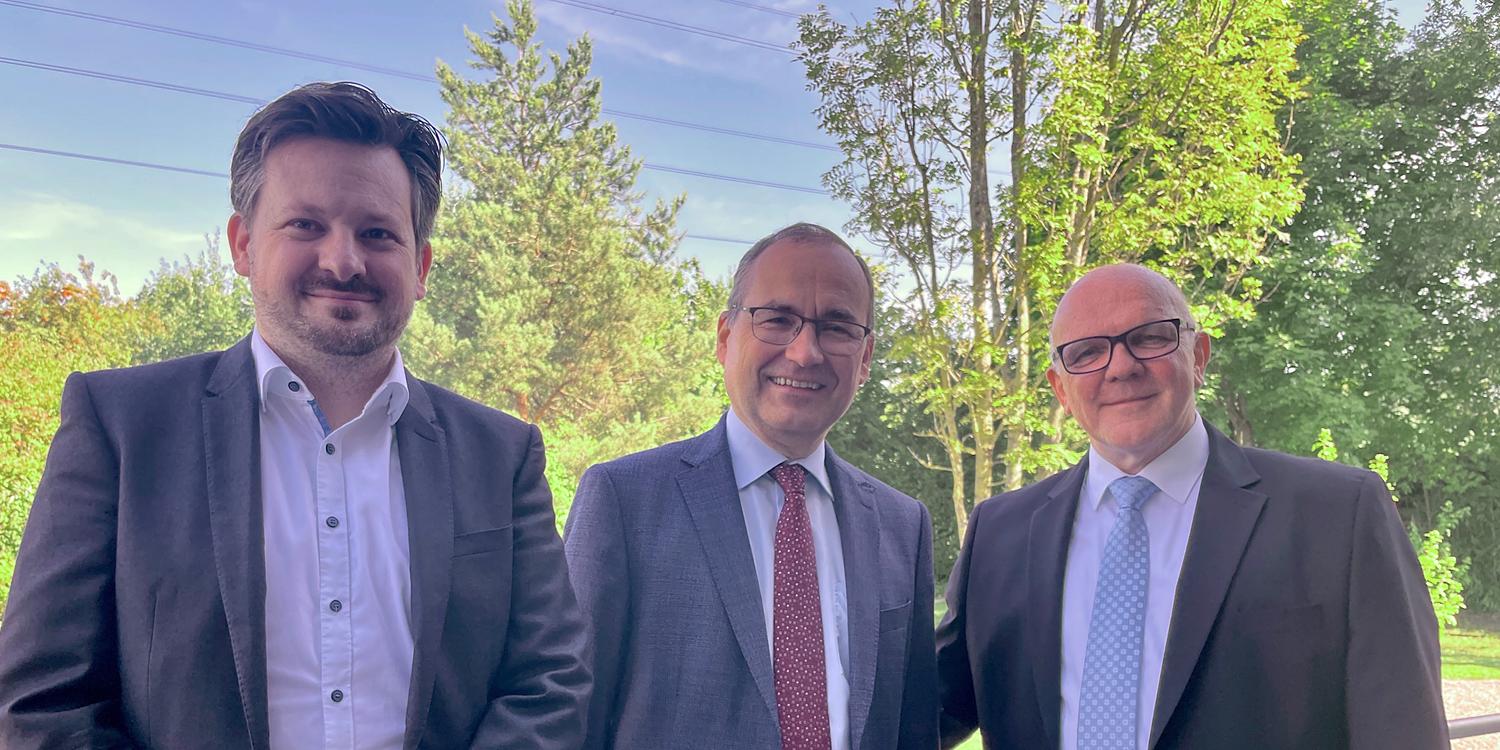 A pilot is leaving the ship: Peter Johanning (65) has handed over the management of NACI Communication Services to Simon Heiniger (36). A small farewell ceremony was given in honour of the outgoing Church spokesman at the head offices in Zurich, Switzerland.

In paying tribute to Peter Johanning’s 26 years of service to the International Church, Chief Apostle Jean-Luc Schneider said that he brought the communication work of the New Apostolic Church “out of the Stone Age and into the present time”.

This was all the more remarkable, he went on to say, given that the early days in the mid 1990s had been a difficult period. Today, the New Apostolic Church communicates openly, easily, transparently, and internationally. “Without you this would not have been possible, it was essentially your work,” the Chief Apostle said in thanking Peter Johanning.

Also with respect to the ecumenical movement, the former Church spokesman made considerable headway for the Church. “That was very important and is very important,” the Church leader said. For Peter Johanning will remain a member of the Working Group Contacts with Denominations and Religions. He will also continue to be active as a Bishop in the Regional Church Western Germany.

His successor as head of Communication Services holds a degree in Communication Science. After nearly a decade in the media industry, Simon Heiniger most recently worked as head of marketing in a consulting firm in Germany. Since January 2022, he has been in charge of Secretarial Services and Project Management at NACI, which organises the collaboration between the Church’s project and working groups with the international Church leadership.