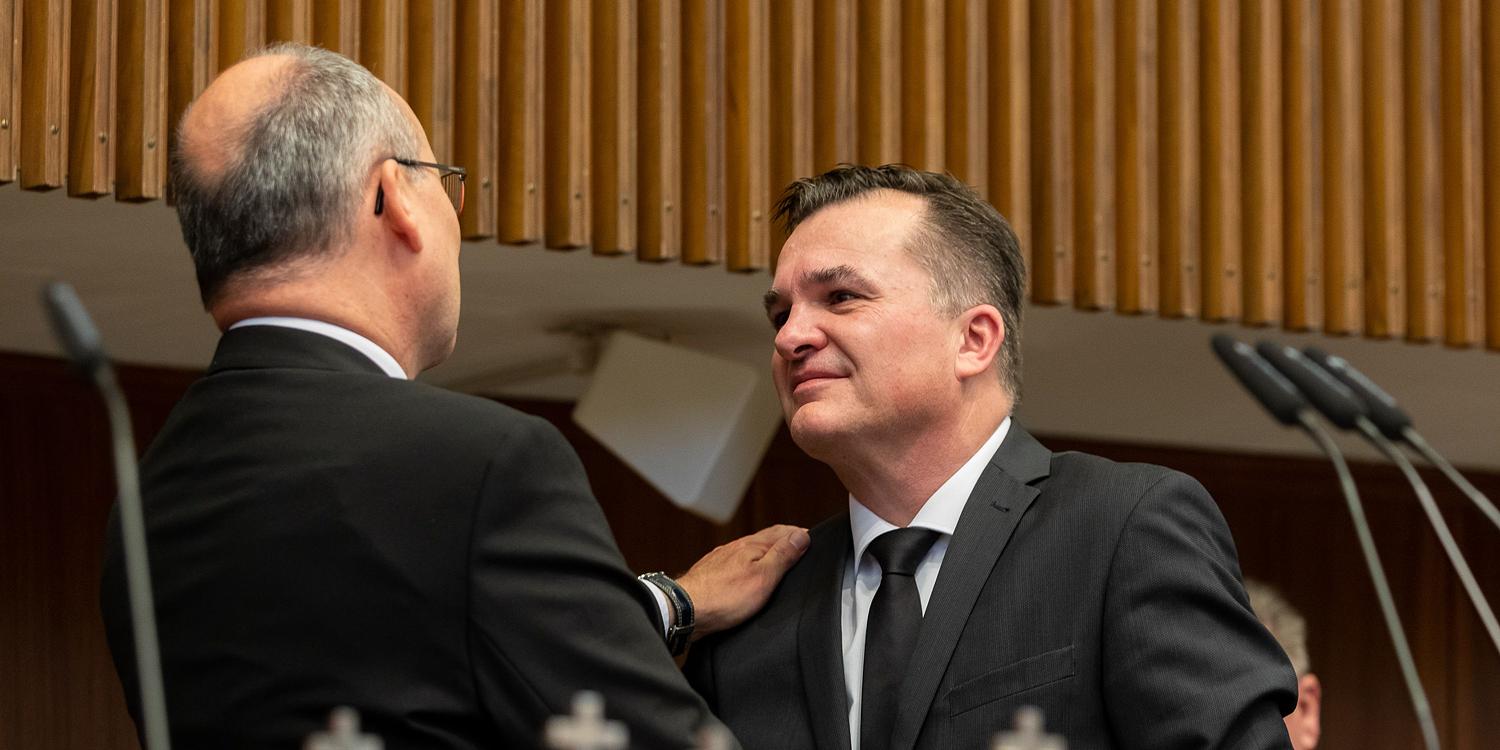 Stefan Pöschel (54) was ordained as an Apostle in June 2019. Previously, he led the church district of Dortmund as District Elder. His first ministry in the New Apostolic Church was that of a Deacon, which he received in 1987. He led several congregations as rector before he was assigned to lead an elder district for the first time starting in 2006.

Stefan Pöschel has a degree in business management and is the managing director of a municipal utility and waste management company. He is married and has two grown children.