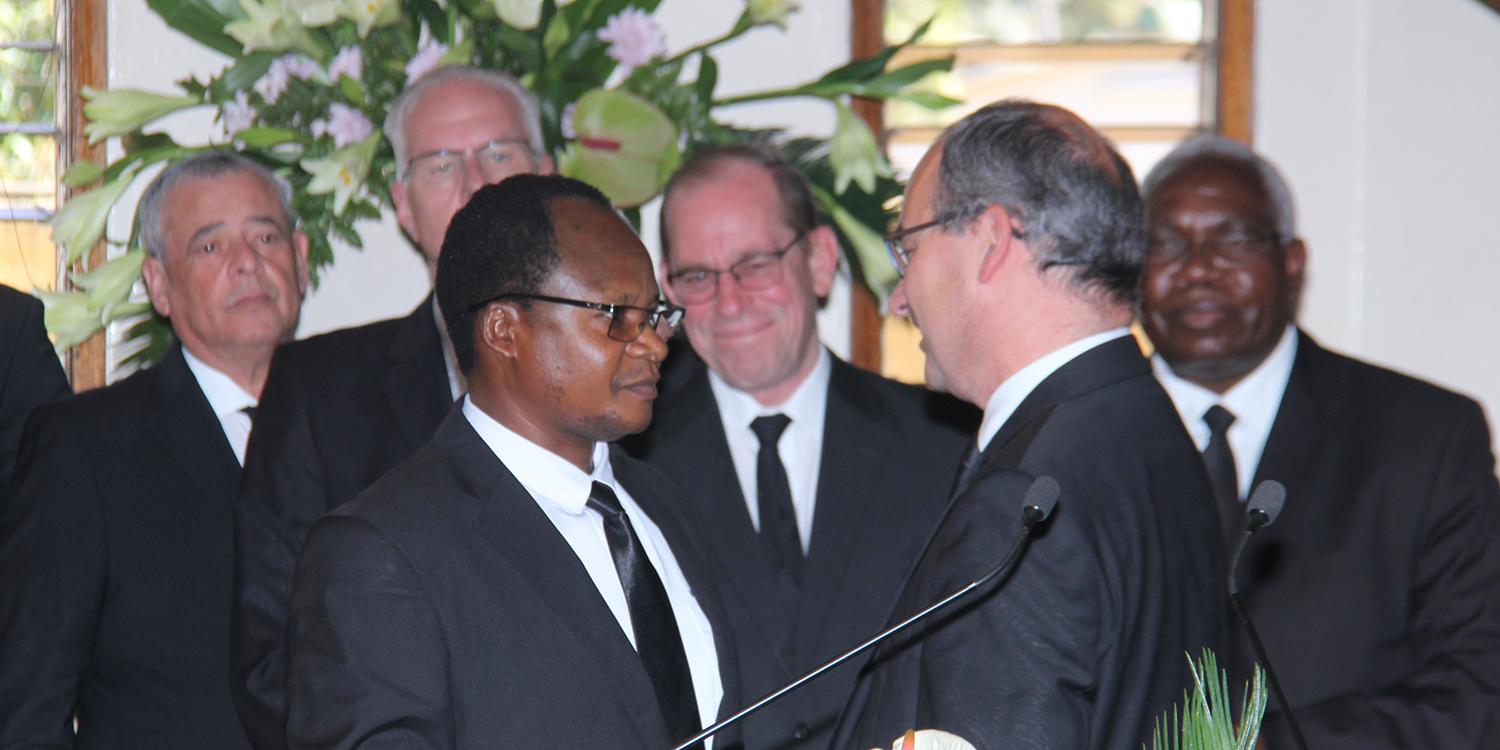 Changing of the guard in the heart of Africa

Chief Apostle Jean-Luc Schneider, the international Church leader, travelled to Zambia last week in order to conduct two divine services. In his divine service on Saturday, 20 July 2019 in Ndola, he dispensed a Church blessing on the ruby wedding anniversary of Ruby and Charles Ndandula. The next day, he discharged the incumbent District Apostle into retirement with loving words of friendship: “Today is the day on which we want to thank you.” And this gratitude was also to extend to his family, as well as to Jesus Christ, in whose name the District Apostle had worked and travelled over so many years. The Church leader noted that it would be impossible to list all of the various activities of the retiring District Apostle—his prayers, his divine services, his journeys, his willingness to sacrifice. “Sometimes two words suffice to express gratitude: ‘Thank you!’” At the same time, the Chief Apostle wished him much joy in his retirement.

A friend to his brethren in faith

In the circle of the District Apostles, Charles Ndandula (65) was considered an experienced man who was always mindful of balance and integration. He is a modest man who is fond of smiling, a District Apostle with a gentle voice. This well-deserved retirement concludes a successful, immensely intense ecclesiastical career. His lasting impact consists of many larger and smaller experiences, recommendations, and decisions for the benefit of his many brethren in faith and the many congregations in the heart of Africa. He was a prudent servant of God, who also kept his eyes on the daily problems of the believers in his care.

How often he stood right on the front lines in the aftermath of earthquakes and hurricanes— whether it was in providing immediate aid for those affected by the bush fires in Mongu in Western Zambia in 2005 or the internationally coordinated emergency relief for victims of the flooding catastrophe of 2008 in the southern province. He is also known for his strategic, plan-oriented vision for the possibilities of the Church in the interior of the country. The financial independence of the District Church in his care was always a worthwhile goal for which he strove. Ultimately, he even worked closely with the Chief Apostle in the International Church’s Finance Committee. This consulting body was established in 2014.

The Chief Apostle appointed the new District Apostle Kububa Soko with words of appreciation and assurances of his support for his new task as national Church leader. Before God and the standing assembly, he implored the new District Apostle to be aware of the magnitude of his duty and the obligations related to it. He then went on to thank him for his agreement to serve in this capacity and for his faithful devotion to the will of the Lord.

It was in April 2018 that Apostle Soko was assigned a District Apostle Helper, which has given him a good year to find his way around his new duties. He has served in the Apostle ministry since 2010, is 50 years of age, and lives in Zambia. His mother tongue is Nyanja, but he also speaks Portuguese and English.

The international Church leader also called the two District Apostle Helpers Robert Nsamba and Arnold Mhango to the altar. Together with their new District Apostle, they will take over the duties of the large District Apostle district, Apostle Nsamba in Zambia, and Apostle Mhango in Zimbabwe und Malawi. 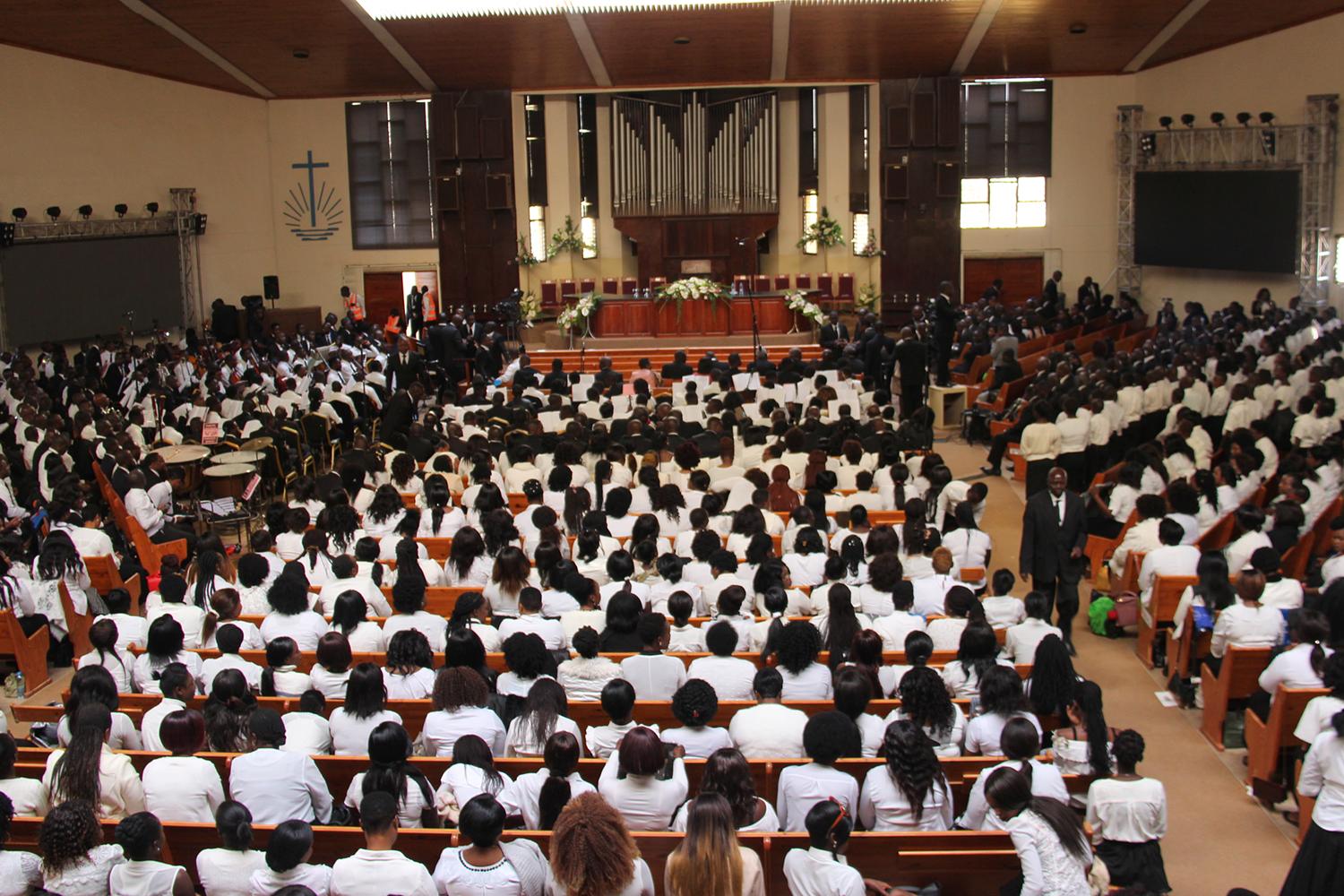 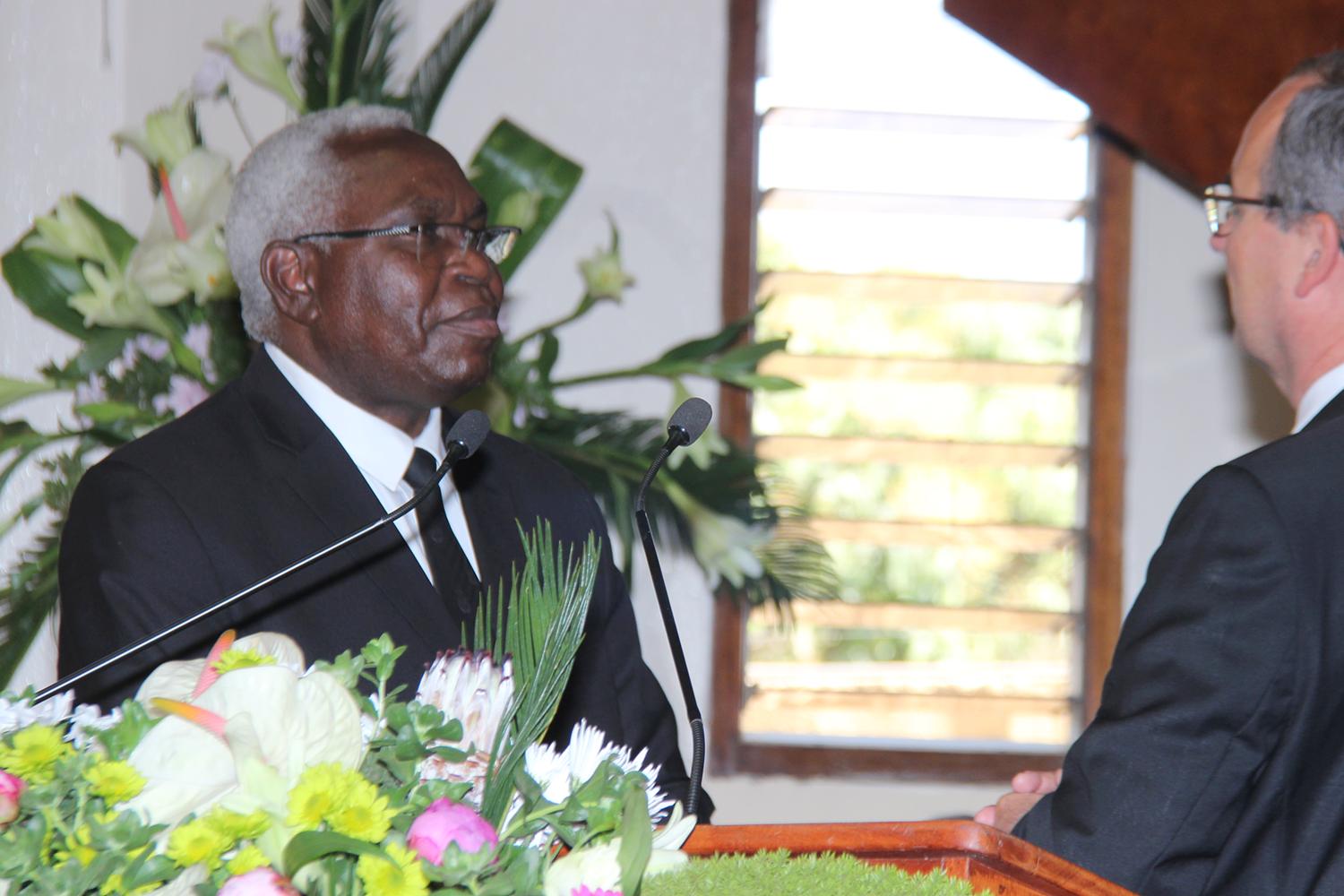