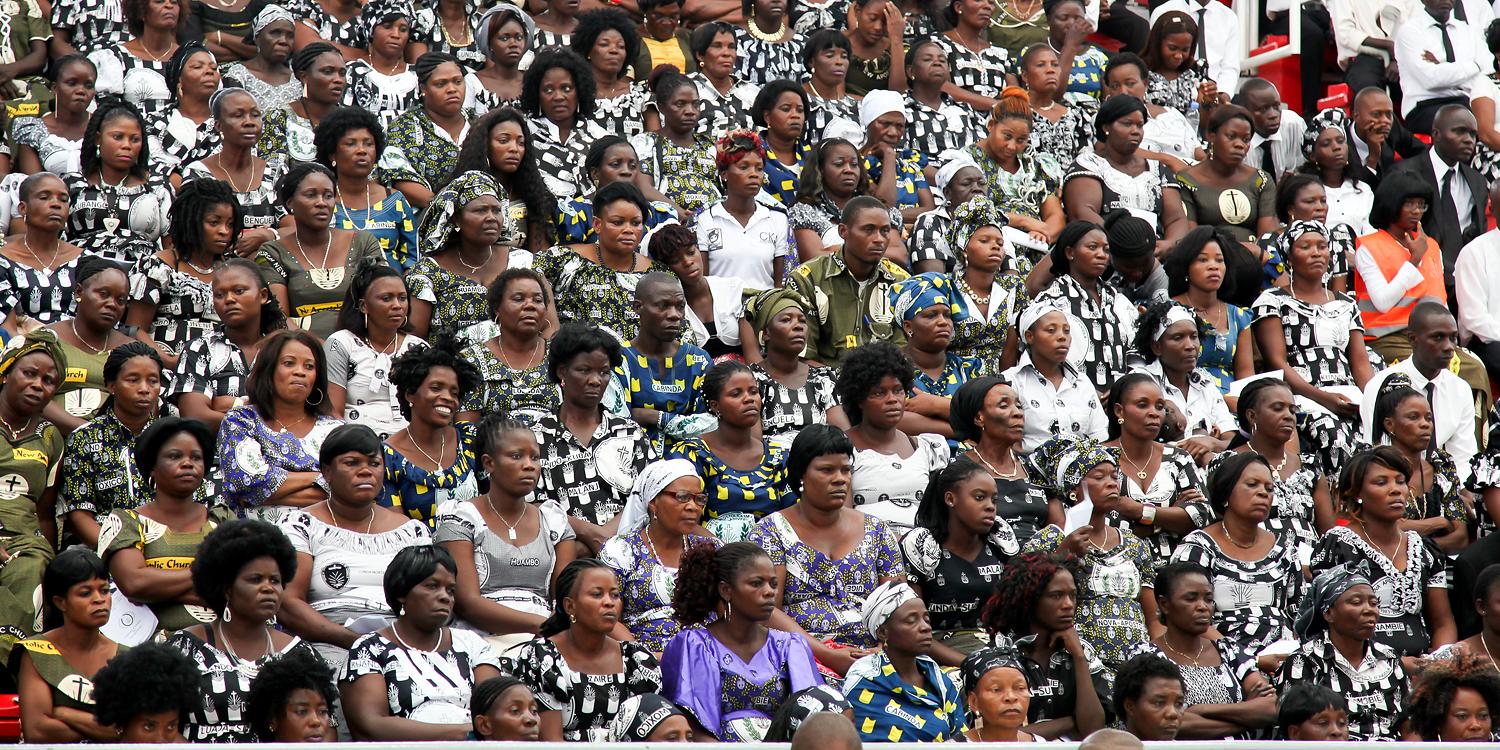 João Misselo is the new District Apostle Helper in Angola

Luanda/Zurich. João Uanuque Misselo is the name of the new District Apostle Helper in the large African District Church of Angola. In a divine service he conducted in Luanda last Sunday, 22 February 2015, Chief Apostle Jean-Luc Schneider appointed the Apostle to this position of expanded responsibility. Two other men were also ordained to the Apostle ministry on this occasion.

During his most recent trip to Angola, Chief Apostle Schneider stated that this reinforcement in pastoral care needed to be made in response to the constantly increasing number of members in the African country. From its modest beginnings in the middle of a civil war, the New Apostolic Church in Angola has developed into a community which now numbers roughly 250,000 members.  A total of seventeen Apostles and ten Bishops serve more than 2,200 congregations throughout the country. Since 2005, the nation has required the additional leadership level of a “Lead Apostle”. With João Uanuque Misselo, one among their ranks has now assumed the additional responsibility of District Apostle Helper.

Apostle Misselo was born in Zambia, lived for a time in the former Zaire (Democratic Republic of Congo), and has lived since 1983 in Angola. It was in that same year that the New Apostolic Church began to grow in the country. He received his first Church ministry as a Deacon in 1985, and in 1997 the then incumbent Chief Apostle Richard Fehr ordained him an Apostle. As a District Apostle Helper, João Uanuque Misselo will now work at the side of District Apostle Rainer Storck (North Rhine-Westphalia).

A Saturday divine service in Uíge

The Chief Apostle’s itinerary also included a visit to the province of Uíge already on Saturday, 21 February 2015. On a chartered flight, the Chief Apostle and his travelling companions travelled to the north of the country, where he conducted a midday divine service in the “Ciné”. The service was also transmitted in sound and picture to another hall in the vicinity, allowing a total of over 5,000 believers to enjoy the sermon, among them representatives of the provincial government. Over a bite to eat following the divine service, a discussion took place with these officials, in which it was agreed that the two parties would continue their previous cooperation, especially in matters pertaining to the social commitment of the Church. 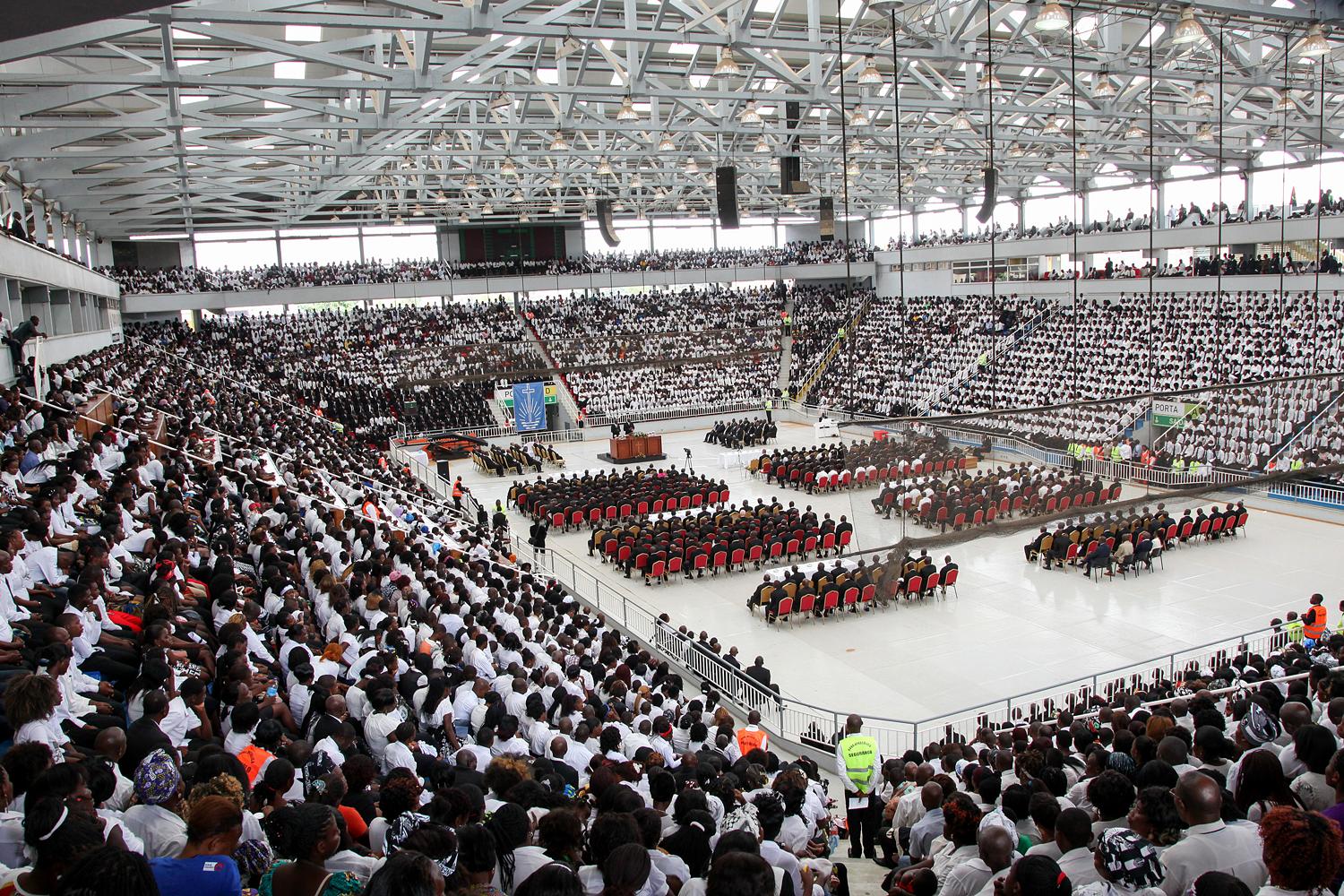 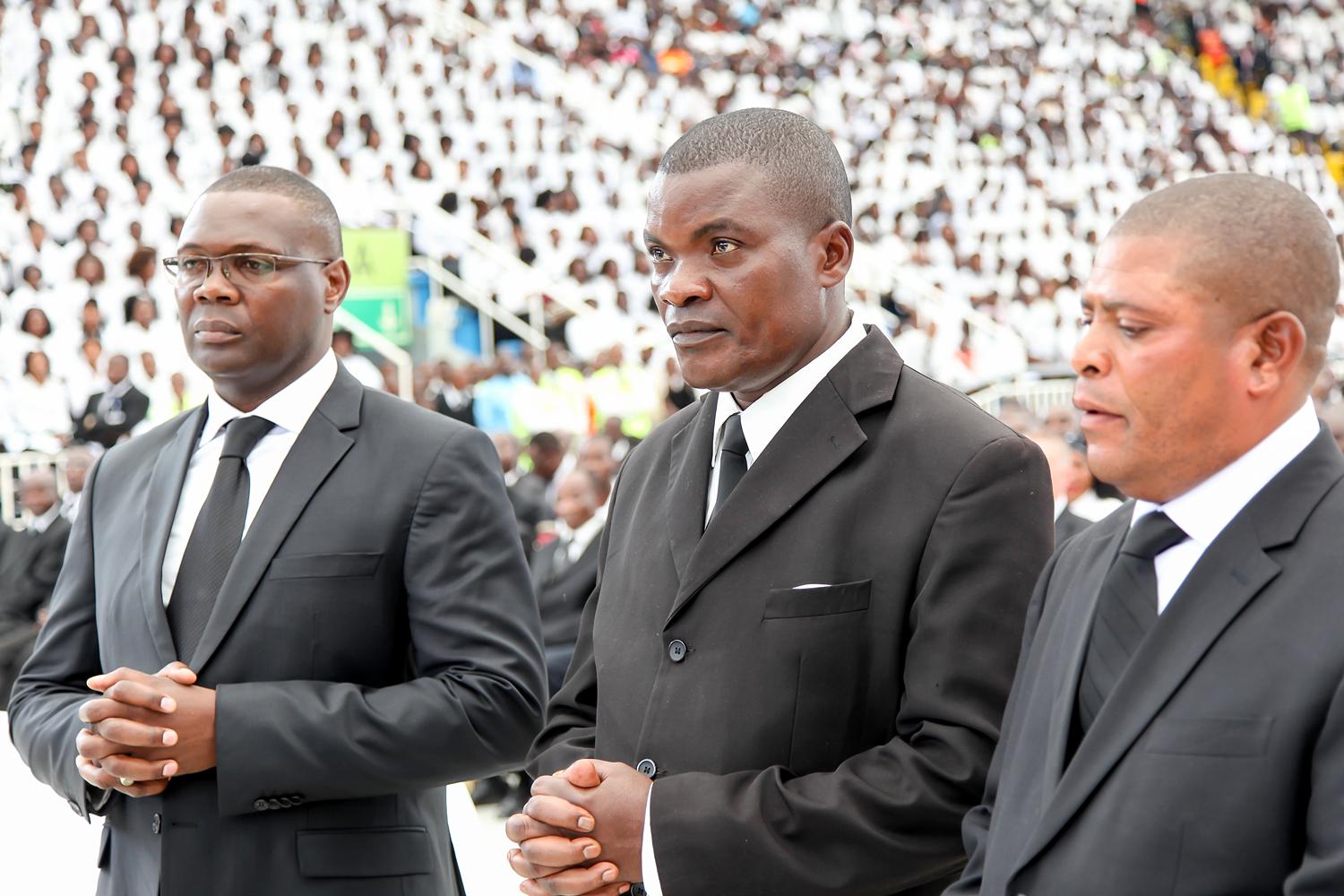