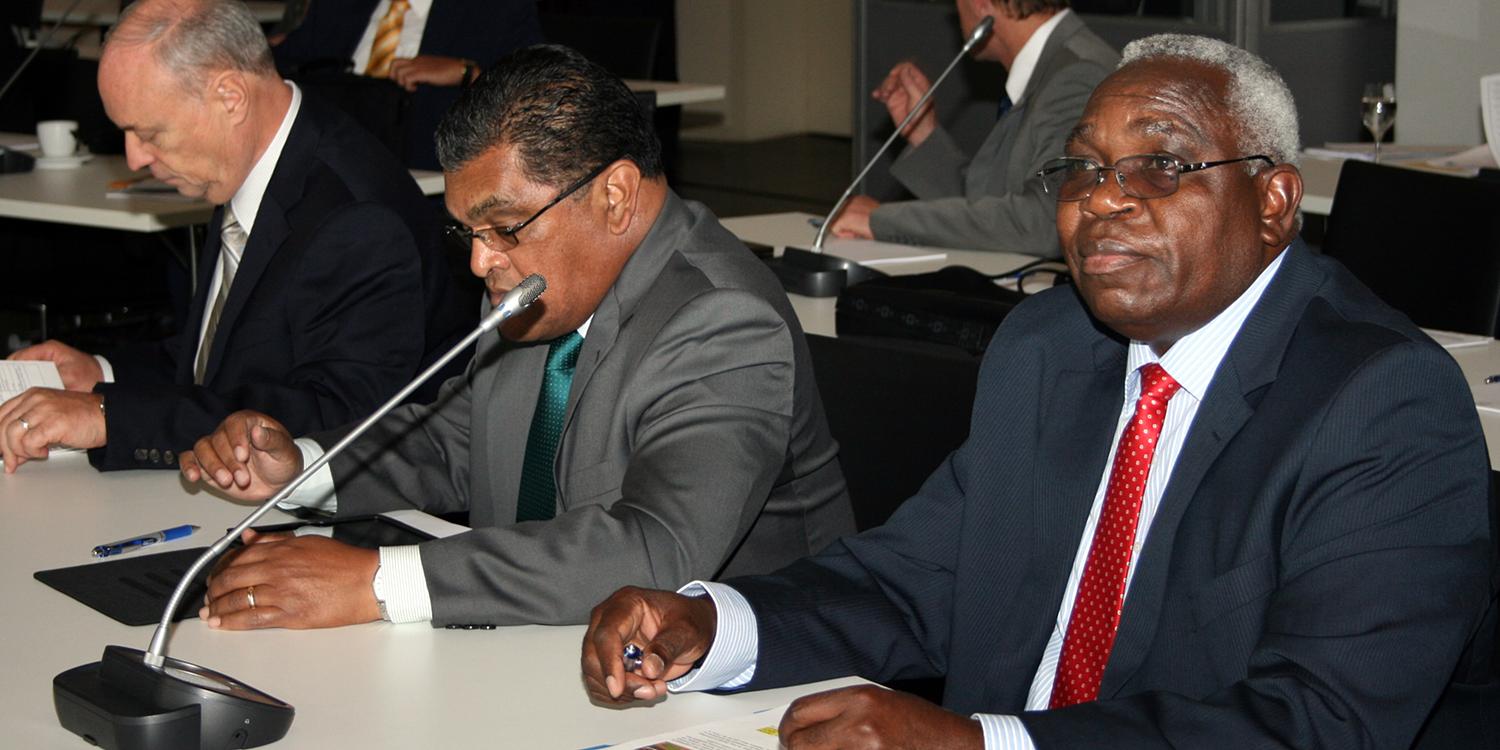 The first group to convene was comprised of all the Church leaders who work on the African continent. The practice of starting off with such a meeting has become firmly entrenched since the time of Chief Apostle Wilhelm Leber. There are certainly enough things to discuss: this time the conversation revolved around the further development of “African Joy”, the magazine for members on the African continent. Already in 2008, the District Apostle Meeting in New York passed a resolution that an official, regularly appearing magazine for members was to reach all households in Africa. Its subject matter: four pages of international contact and four pages of national material. At that time, a corresponding team was assembled, and District Apostle Michael Deppner from the Congo was appointed as its chairman.

Over the year 2013, more than a million magazines were distributed in 20 languages, reaching New Apostolic households in 20 African countries. How is this success story to continue? That was the subject which the District Apostles discussed in detail.

Other topics included the Pentecost divine service in Lusaka, Zambia in the coming year. As usual in the New Apostolic Church, this service will be transmitted around the world by satellite. This will be a big event for the Zambian District Church, which has published an article on the subject on its website: www.naczam.org.zm.

The Catechism in question-and-answer format was also an important topic of discussion. Into which languages is it to be translated? For whom is it intended? These were the kinds of questions that comprised the focus of the discussion.

The Chief Apostle opened up the meeting with a heartfelt prayer for the victims of Ebola in the various countries of Africa. He asked for strength for those families who have lost loved ones, as well as for those who have fallen ill. He also prayed that the doctors would have good access to the necessary medications. Unfortunately this terrible disease has also had an impact on many New Apostolic families.

The International District Apostle Meeting will begin tomorrow and will run for two days, namely until Friday. You can read more on the website of the New Apostolic Church Berlin-Brandenburg at: www.nak-berlin-brandenburg.de. 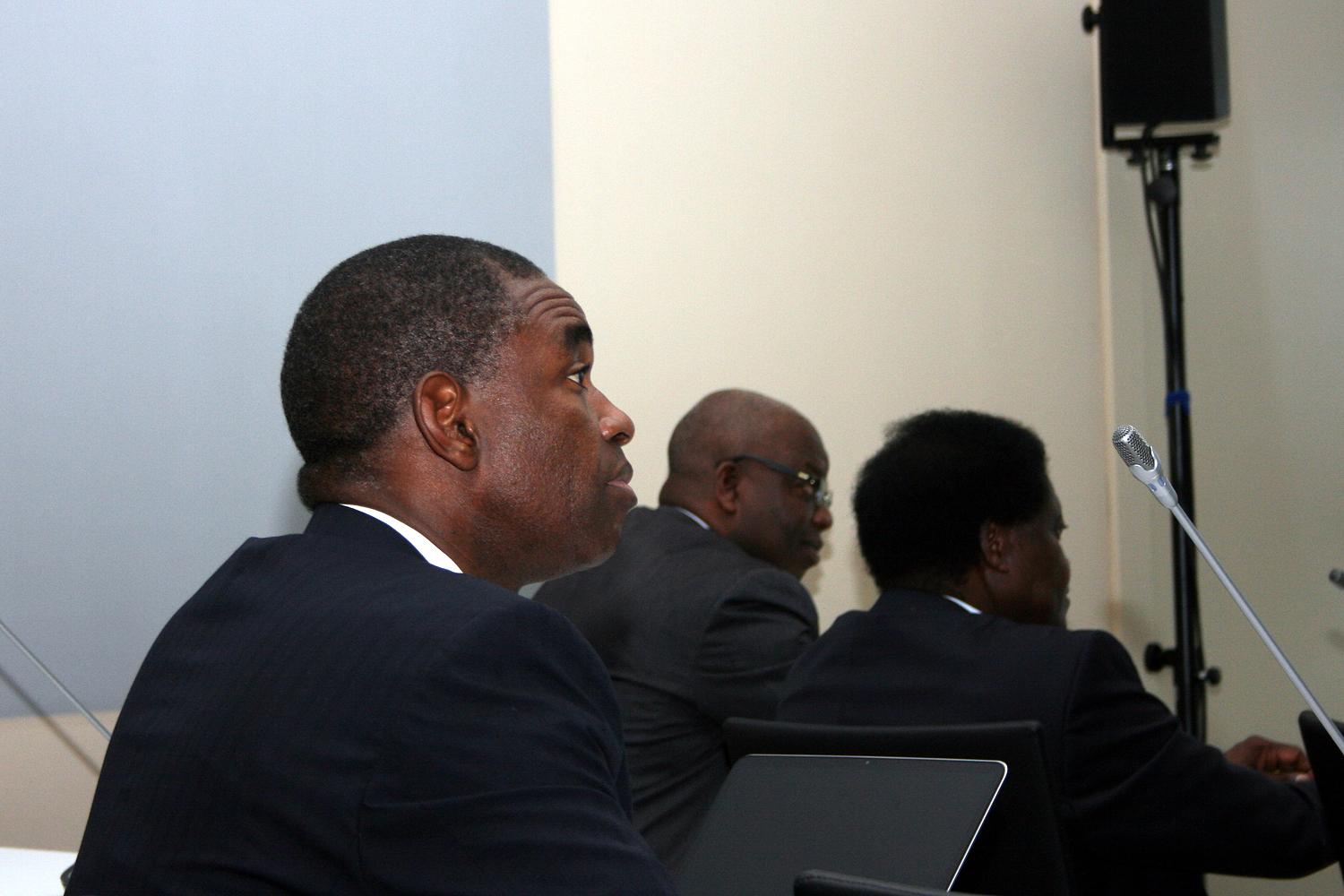 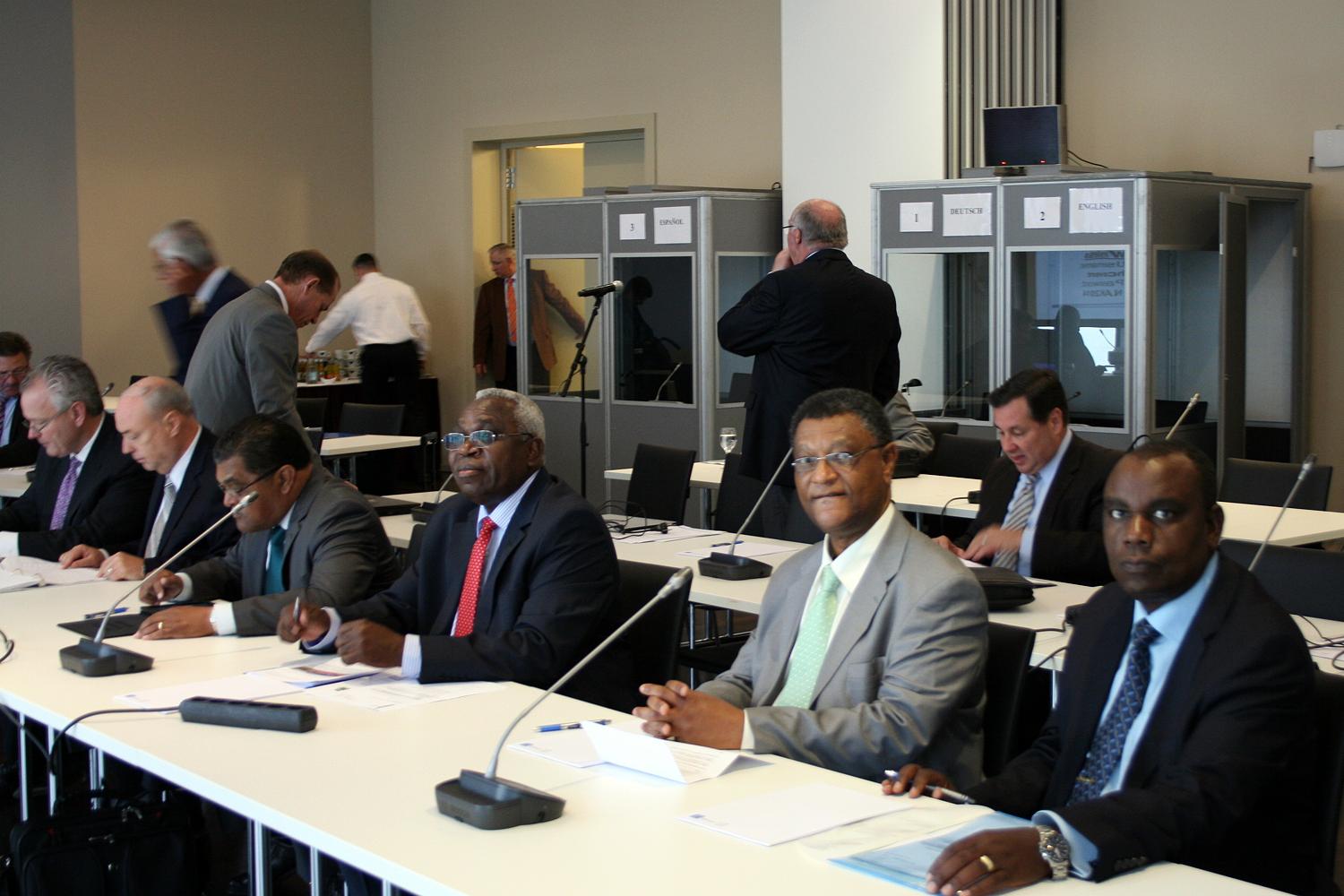