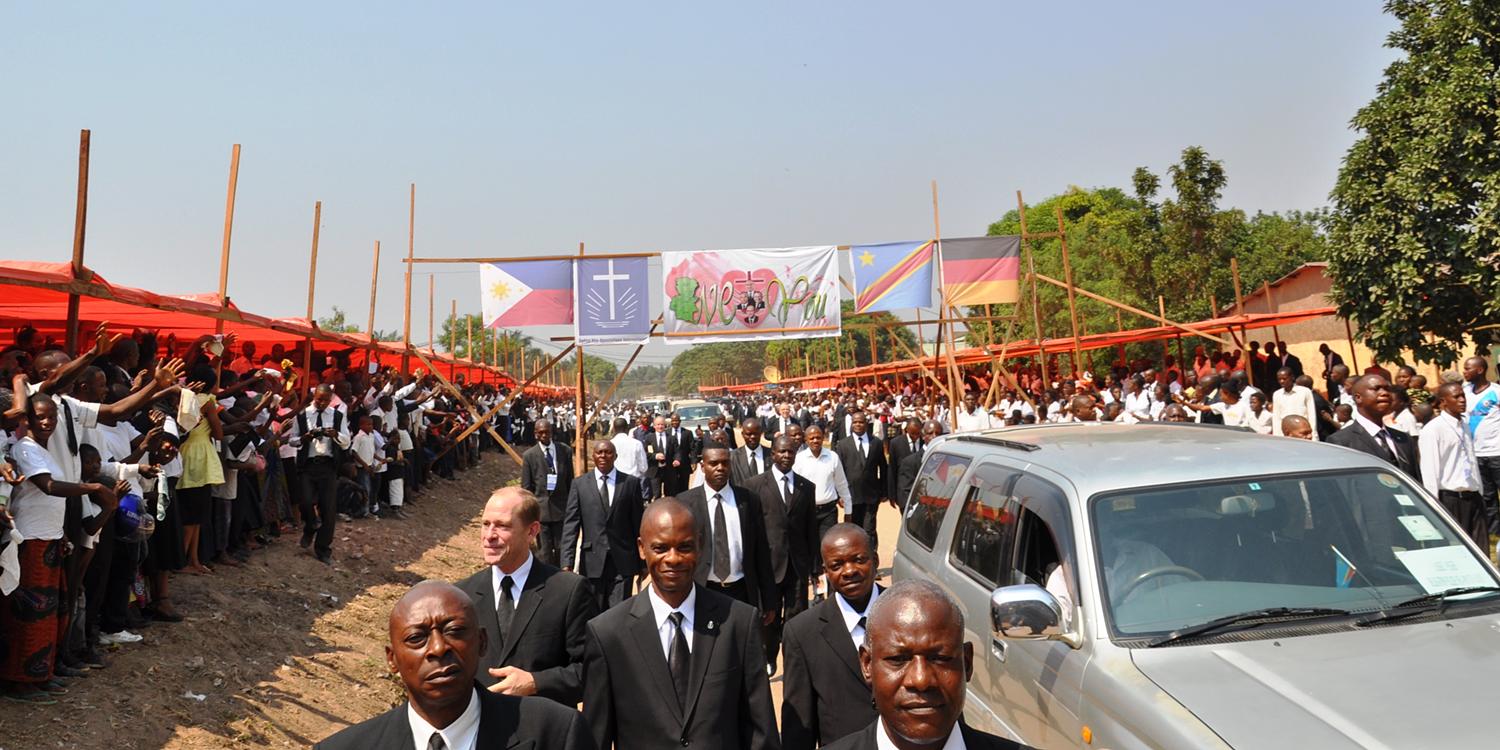 Changing of the guard in the Congo

Zurich/Mbuji Mayi. The Democratic Republic of Congo in the heart of the African continent is a great stronghold for the New Apostolic Church. The largest proportion of New Apostolic members in the world live here. They are divided into two large Church districts, and over this past weekend Chief Apostle Jean-Luc Schneider paid a visit to the District Apostle area in the care of District Apostle Tshitshi Tshisekedi.

On Saturday, 21 June the international Church leader presided over a gathering with all Apostles and Bishops who are active in the working area of District Apostle Tshisekedi. On Sunday, a large festive congregation in Mbuji Mayi celebrated a divine service with the Church leader. This festive event was transmitted throughout the country on national television. Several hundred thousand people were thus able to participate in the divine service. Having reached the age limit for active ministry, Apostles Michael Kaputa (29 years in ministry), Gilbert Kasube Lagilo (30 years in ministry), and Ghislain Muchail (31 years in ministry) were given a well-deserved retirement. The Chief Apostle expressed his heartfelt thanks to these tried and true servants of God for the many years over which they had served the Lord and the souls in their care with such love and faithfulness, and wished them a richly blessed retirement.

Three new Apostles were also ordained: Barthelemy Miseka Kyamusoke (40), Boniface Ngongo Mayombo (52), and Jean-Luc Tanga Kaumba (40) each received their new ministries in this service. Their mother tongue is Swahili, but all of them are multilingual.

A heart for God and our neighbour

In the divine service the Church leader expressed to the congregation that we are not only to look upon outward appearances: “For the Lord does not see as man sees; for man looks at the outward appearance, but the Lord looks at the heart” (1 Samuel 16: 7b). Concerning this, he explained that God looks upon our hearts. “He gives us a new heart filled with love for God and our neighbour.” The Chief Apostle went on to note that we, in turn, are to give more room in our hearts to God and our neighbour.

Chief Apostle Schneider still remained in the country for a little while longer. On Monday, 23 June, he and his companions travelled to Mwene-Ditu, some three hours from Mbuji Mayi. There he likewise conducted a festive divine service on a grand scale, which was attended by several thousand members. This weekend, he will conduct divine services in Kenya before making his way home at the start of next week. 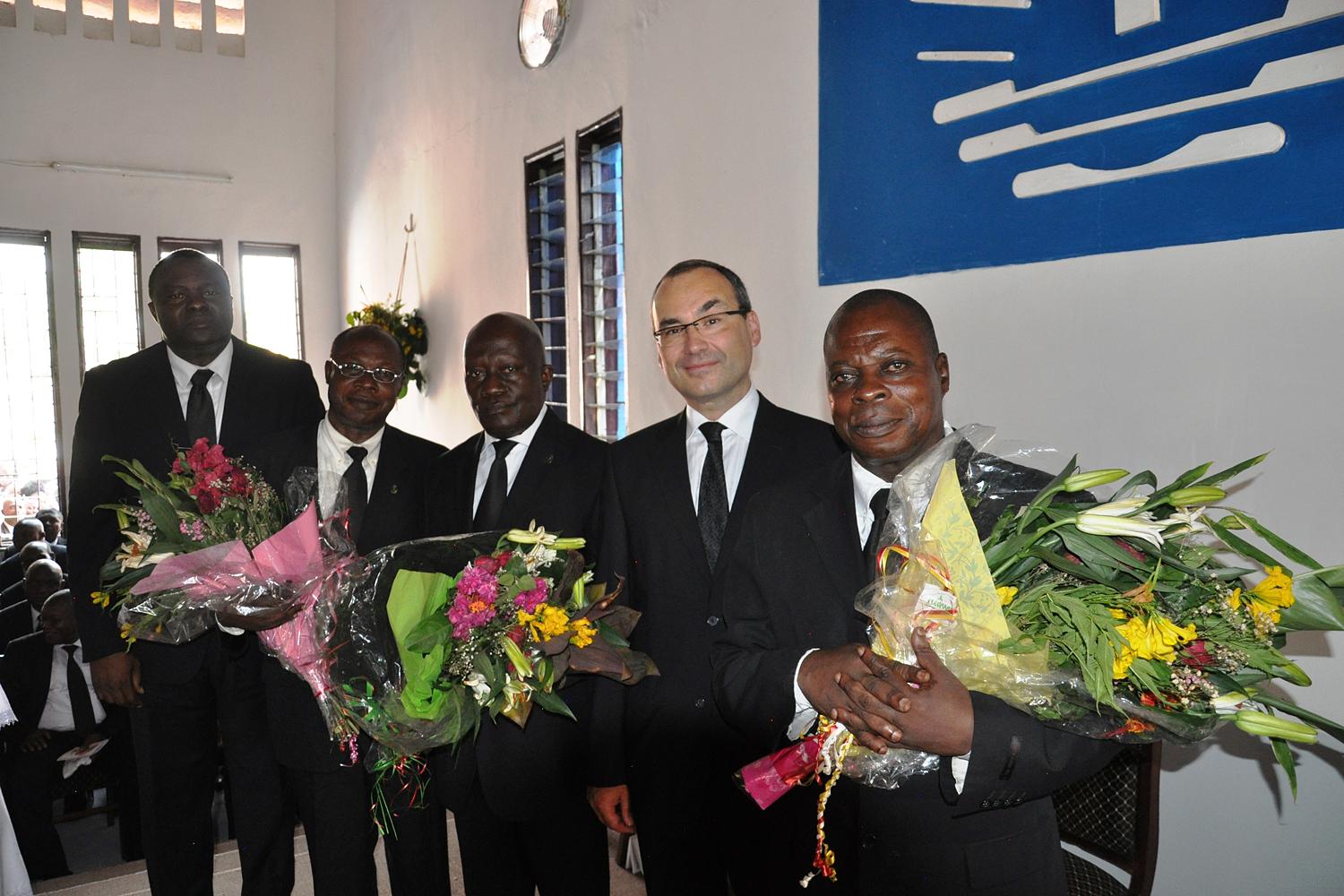 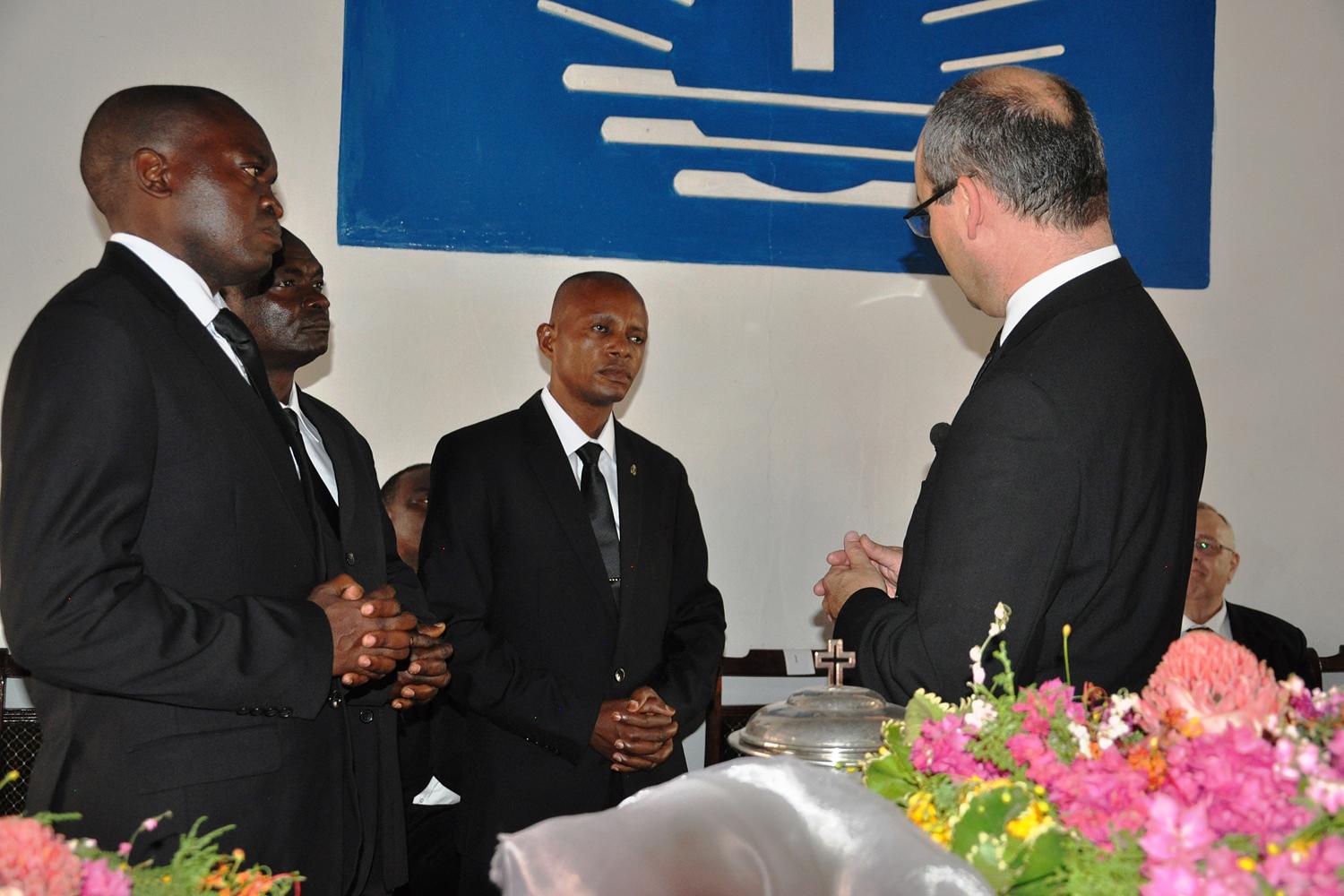