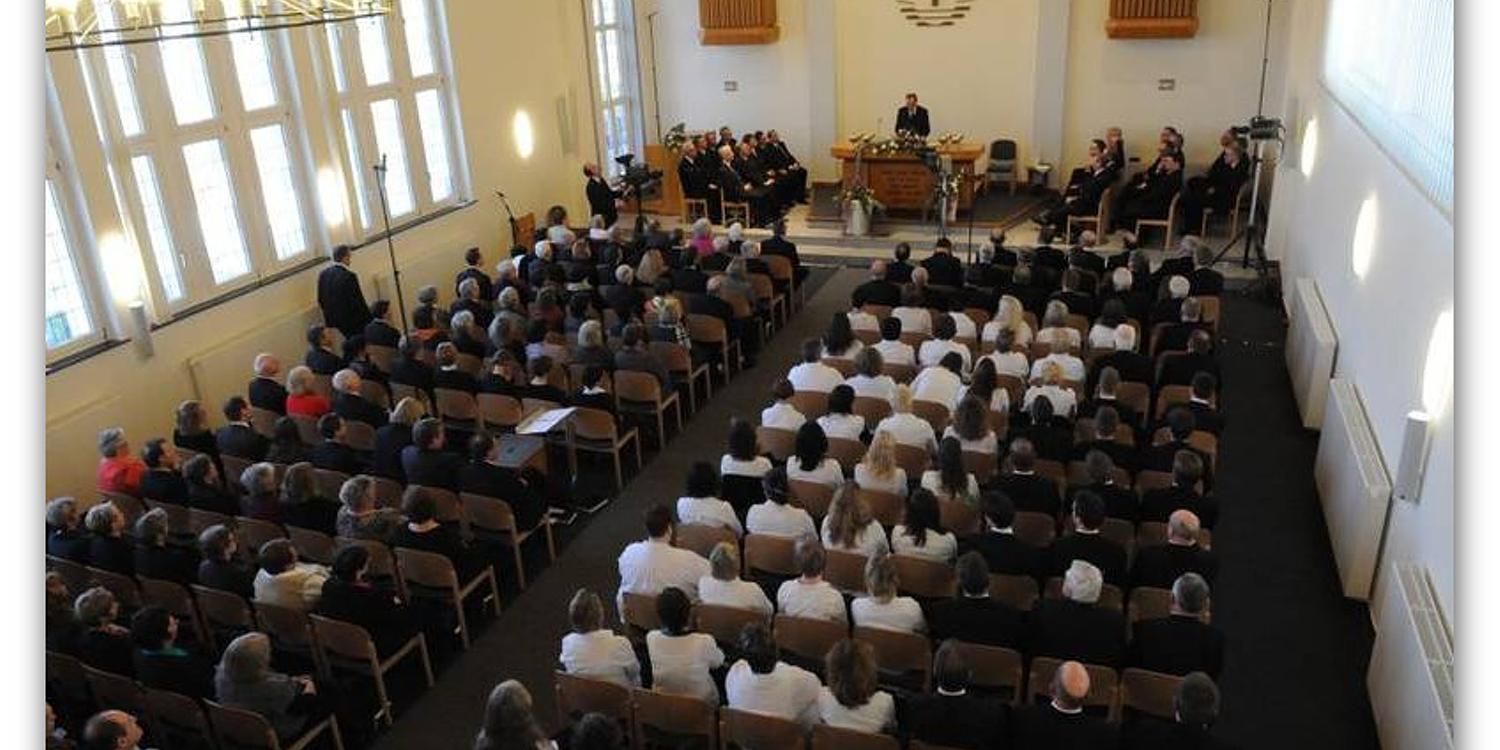 Zurich/Aurich. The international Church leader, Chief Apostle Jean-Luc Schneider, travelled to Northern Germany at the start of February. In a divine service in Aurich on Sunday, 2 February 2014 he retired Apostle Eckehard Krause, who had served in ministry for 38 years. To succeed him, the hitherto Bishop Dirk Schulz (50) was ordained an Apostle.

Over the course of his many years as a minister of the Church, Apostle Eckehard Krause (65) had been active in nearly every country in the care of his District Apostle district of Northern Germany. He served congregations in the Ural Mountains and Western Siberia in Russia, as well as in Finland and Scandinavia. In Germany he travelled throughout the Church districts of Hamburg, Schleswig-Holstein, and especially Bremen. Chief Apostle Schneider paid tribute to the Apostle’s many years of work, and went on to wish him God’s blessing in his retirement.

In addition to the new Apostle, the Chief Apostle also ordained a new Bishop: the man entrusted with this high ministry was Rainer Knobloch (57). He comes from Hamburg and will take over the Bishop district that was previously in the care of the new Apostle Schulz.

Chief Apostle Jean-Luc Schneider celebrated his first trip of the year to Northern Germany in the New Apostolic congregation of Aurich. This divine service was transmitted by satellite to many congregations throughout the working area of District Apostle Rüdiger Krause. This made it possible for over 16,000 people to participate in the divine service. The spiritual leader of the Church based his sermon on a passage from Matthew 16: 24: “If anyone desires to come after Me, let him deny himself, and take up his cross, and follow Me.” Concerning this he stated: “We take up our cross because we are obedient, because we are Christians, and because we trust in the love of God.”

A core statement within the Chief Apostle’s service was: “It is not suffering that brings salvation, but following in suffering.” He went on to point out that following in suffering also has effects for our daily lives: “Those who bear their cross as Christians can experience how their peace grows, how their joy grows, and how they themselves become more and more patient. Those who bear their cross in this manner will never be weak, but rather strong in God!”

You can read a detailed report (in German) on the website of the New Apostolic Church Northern Germany. 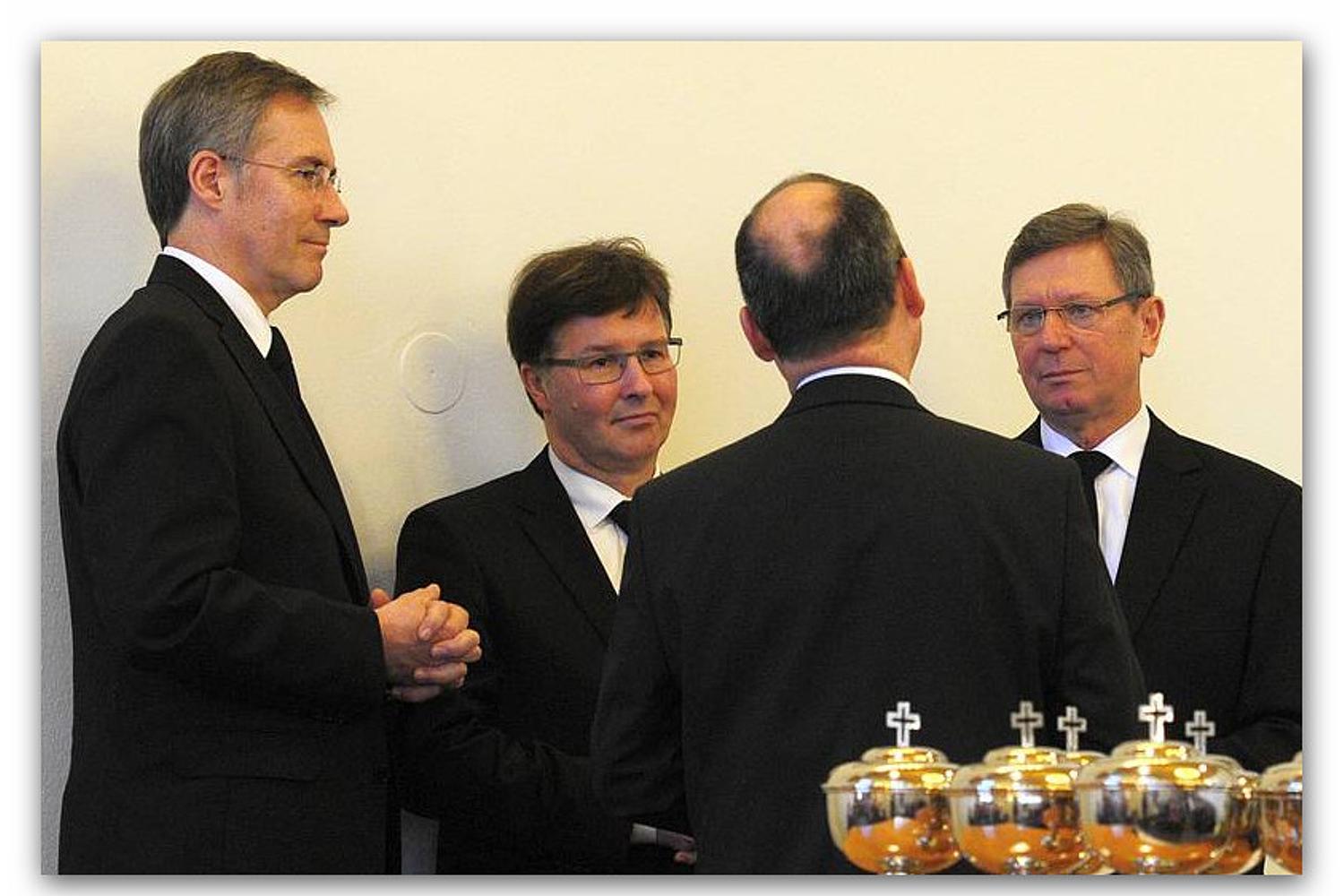 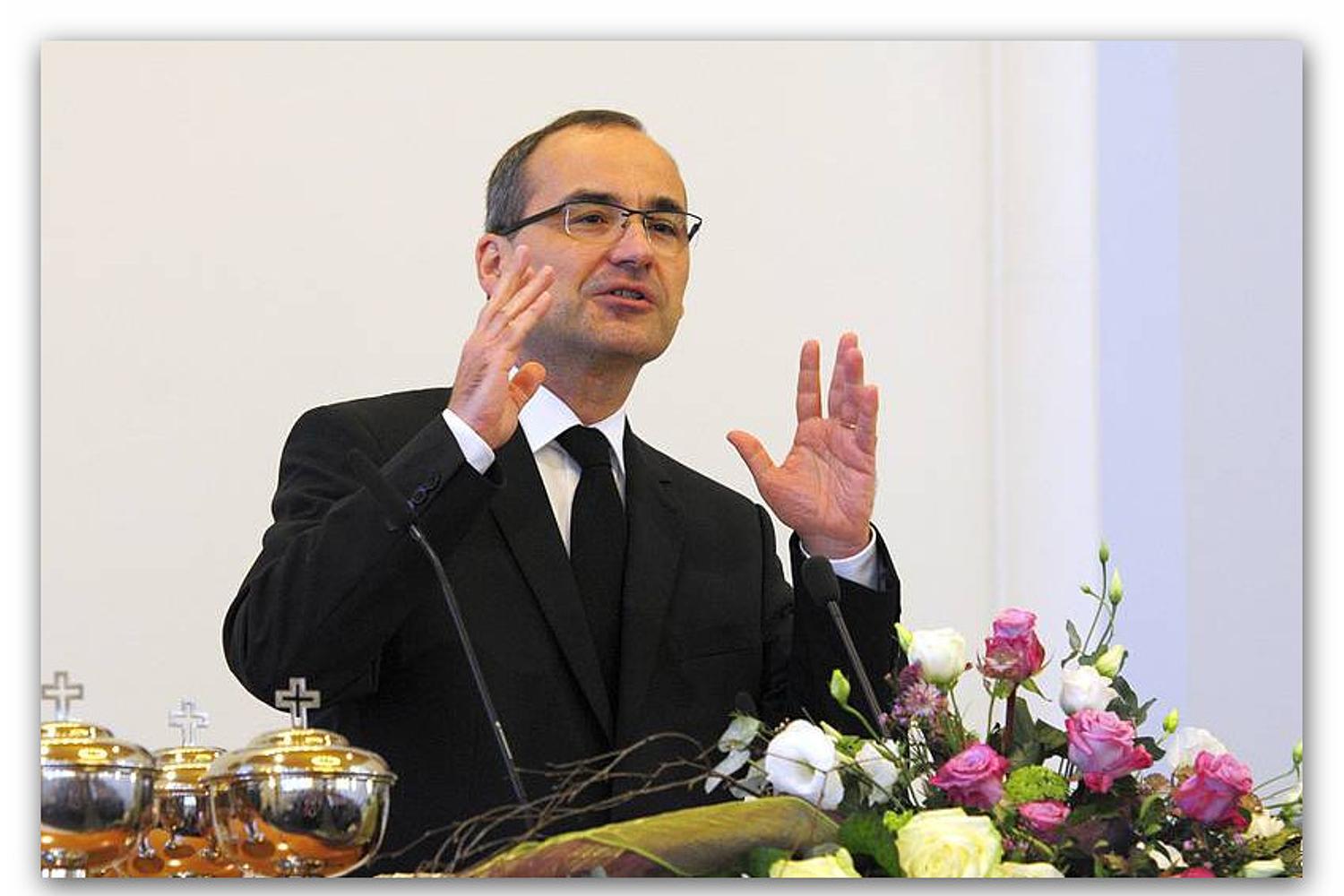