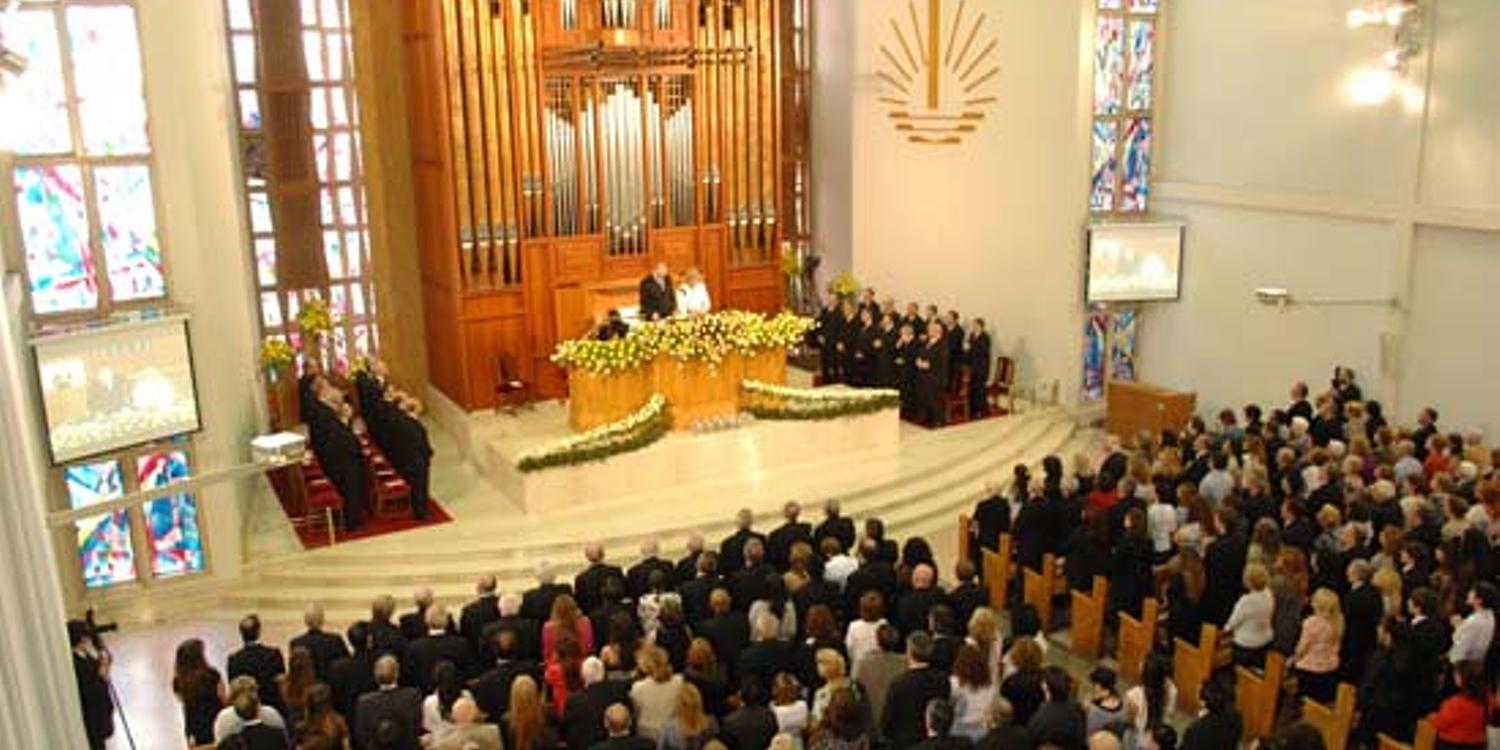 Good Friday and Easter in Argentina

Buenos Aires/Zurich. “Christ lives and with Him I live too!” – This Easter message was the focus of the divine service in the Buenos Aires central church. The festive divine service was transmitted by satellite to all congregations of the District Churches in the care of District Apostle Norberto Passuni. District Apostles Noel Barnes (South Africa), Michael Ehrich (Southern Germany), and Leonard Kolb (USA) had also come along on this occasion, and witnessed the Chief Apostle retire four tried and true ministers at the end of the divine service.

The Chief Apostle preached about the immeasurable power of Christ’s resurrection. In so doing he expanded on three of its particular characteristics: it demonstrates the omnipotence of God, no one can stop it, and from one moment to the next everything changed. “The day of the Lord is also to be like that for us,” said the Chief Apostle. “It will also demonstrate the omnipotence of God, no one will be able to prevent it, and everything will change!” The Church leader went on to note that “this is a great comfort for us!”

Apostle Jorge Cabanelas (66) became acquainted with the New Apostolic Church in 1956. In September 1964 he received his first ministry. For over 20 years he served the congregations in ten provinces in Argentina as an Apostle, and was also responsible for the District Church of Paraguay. The Chief Apostle characterised him as an upright servant of God, who would never shy away from any task in the region’s missionary efforts.

Bishops Luís Amato (66) and Juan Carlos Szymkowicz (65) will likewise be able to enjoy a well deserved retirement in the future. The Chief Apostle also discharged them with emotional words. Each of them had served as ministers of the Church for nearly 50 years!

There were also some new ordinations, however: Enrique Eduardo Minio (52) was ordained to the Apostle ministry, and Pablo Antonio Basso (36), Oscar Alberto Fernández (53), and Mario Aníbal Morales (56) will from now on serve as Bishops.

The international Church leader celebrated the Good Friday divine service in the congregation of Cordoba, Argentina. A Bible text from 1 Peter 2: 21 served as the basis for this divine service: “For to this you were called, because Christ also suffered for us, leaving us an example, that you should follow His steps.” In this service, the Chief Apostle recalled the last words of Jesus on the cross and admonished the congregation to see the commemoration of these events as the beginning of a new future.

Please read our detailed report on the website of the New Apostolic Church Argentina. 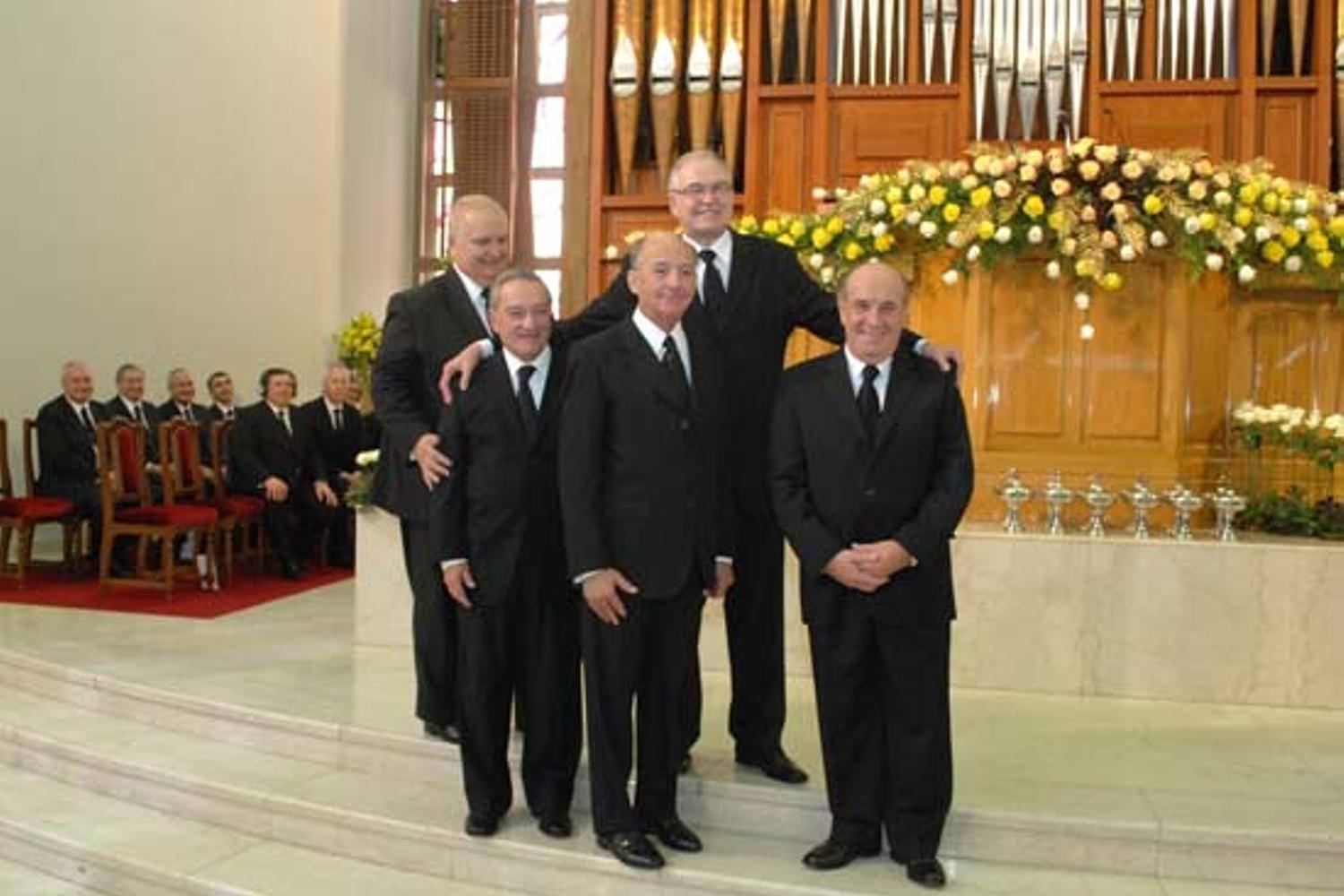 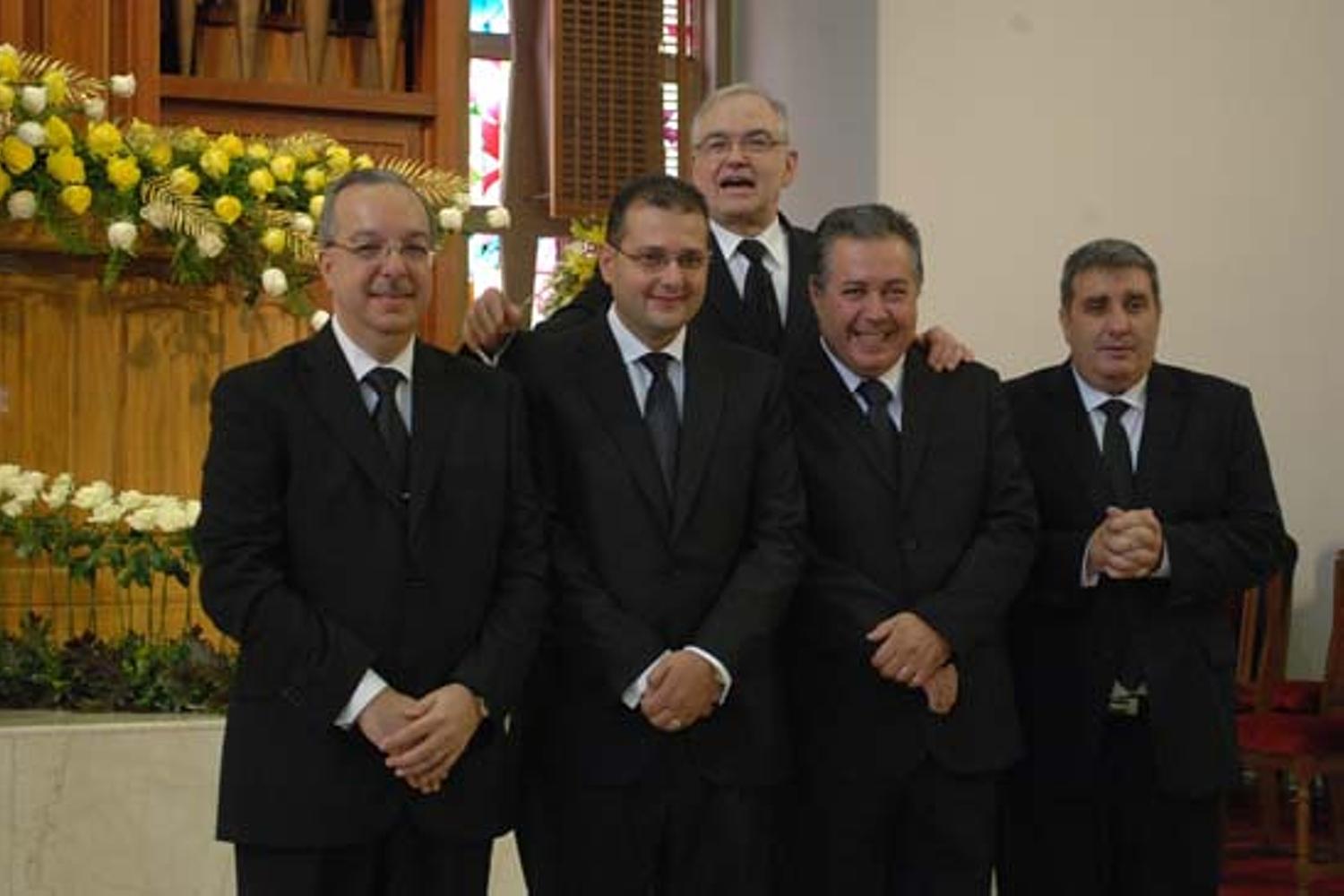