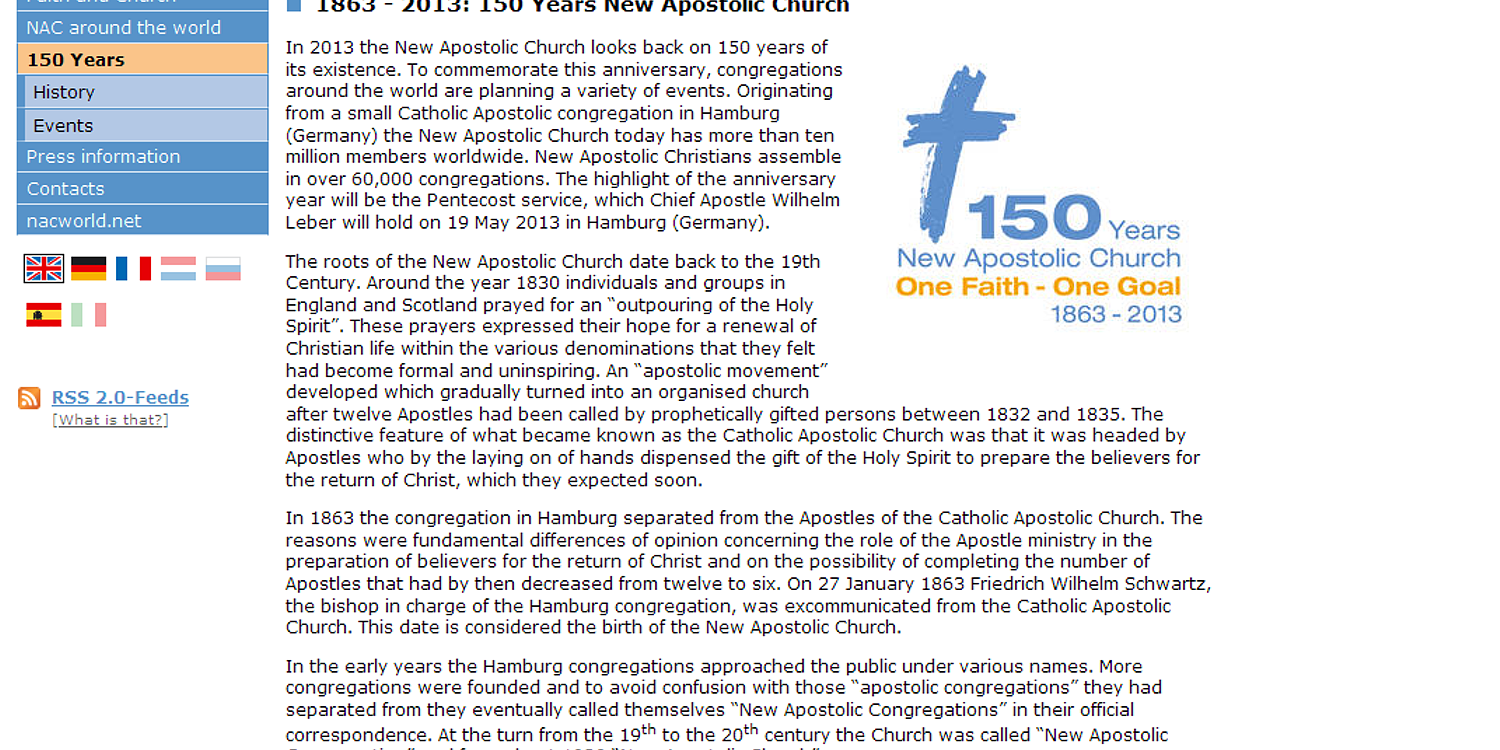 Zurich. For the New Apostolic Church the year 2013 is a special year. It commemorates its 150th anniversary. In many countries special activities have been planned on this occasion: District festivities, trans-regional communal activities and even church conventions. From now on a special section of www.nak.org, the New Apostolic church website, will provide a wide range of information concerning the anniversary and the history of the church.

The anniversary goes back to events in 1863. In that year the small congregation in Hamburg was excommunicated from the Catholic Apostolic Church. Bishop Friedrich Wilhelm Schwartz, together with ministers and members in Hamburg, had accepted the call of a new Apostle, who, however, was not acknowledged by the Apostles of the Catholic Apostolic Church. Starting with that small congregation in Hamburg an international church with more than ten million members developed in the course of those 150 years.

Articles on the history of our church

On the occasion of our Church’s one hundredth anniversary a book was published in 1963 which also referred to the history of the Catholic Apostolic Church and the events leading up to the separation of the Hamburg congregation from it. In the meantime new sources on the history of the Catholic Apostolic Church have been studied that help us to gain a deeper understanding of what happened at that time.

On the special site 150.nak.org you will find information on the development of the New Apostolic Church and a calendar of events showing activities planned all over the world. In the course of the year reports on events related to the anniversary will be added.