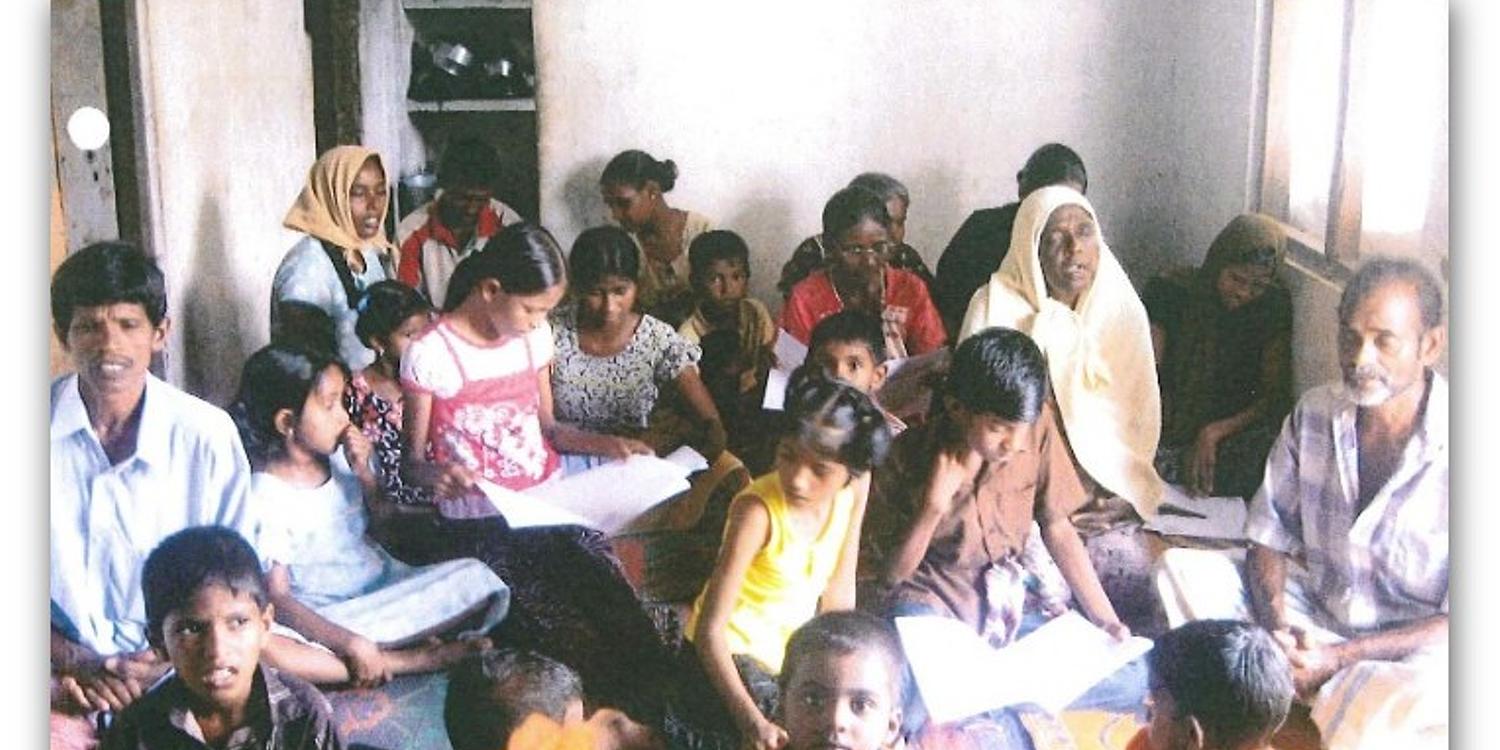 Zurich. “We are grateful for any kind of support, both spiritual and humanitarian.” It is with these words that District Apostle Helper John Sobottka writes to Chief Apostle Wilhelm Leber as he describes the situation of the New Apostolic congregations in the north of Sri Lanka. In the meantime, help has arrived for those New Apostolic families who have returned to their destroyed villages after the civil war. These families, who are part of the country’s Tamil minority, have survived for years under terrible living conditions. And now they find themselves left with nothing.

In the meantime, Chief Apostle Wilhelm Leber has engaged the help of the aid organisation “NAK-karitativ”, which has taken up contact with potential donors, partner organisations at work in the crisis region, and the New Apostolic Church Canada.

The acute crisis situation in Northern Sri Lanka can be categorised into four action areas: at the top of the list is providing emergency foodstuffs and seed, clothing, and household items to satisfy the immediate needs. Following that, the affected families are to receive reconstruction aid so that they can rebuild their lives. Infrastructure aid is also planned in the area of well-drilling and sanitation facilities. Finally, aid will also be provided for the creation of a church infrastructure.

Based on the assessments of “NAK-karitativ”, the first three areas will be covered financially by the Church’s aid organisations. The Project Coordinator of the New Apostolic Church’s aid organisation will meet with representatives from the New Apostolic Church Canada, project representatives from Sri Lanka, and international aid agencies at work locally in the former civil war region in order to monitor the project and consult with them on issues concerning logistics, procurement, and implementation.

“NAK-karitativ” is asking for donations under the keyword “Sri Lanka 2011”, and has published the Donation account information on its website.