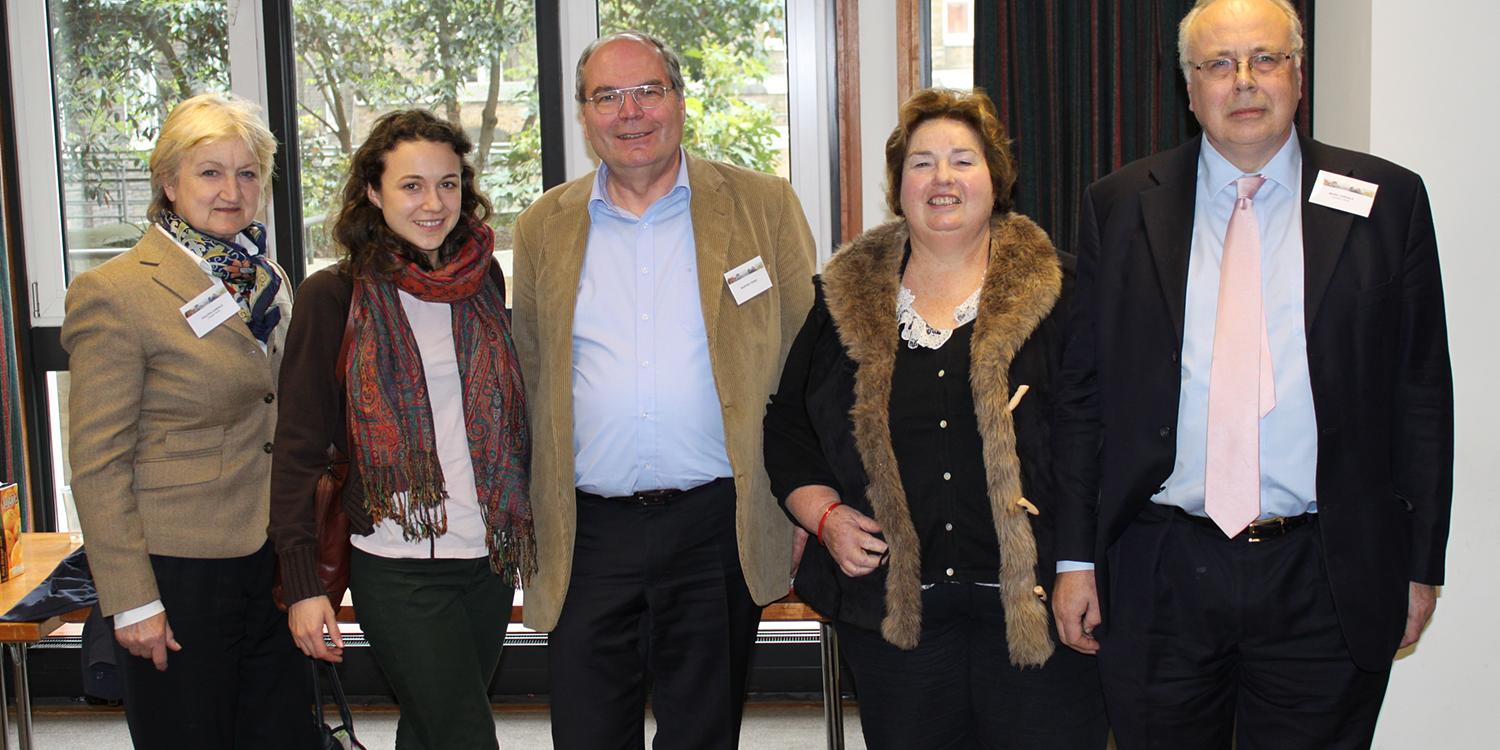 Zurich/Hamburg. On Friday 15 April 2011 novelist Ian McEwan opened a new web resource to the general public. This website, sponsored by the Leverhulme Foundation, is hosted by University College London. This academic institution was founded in 1826 in Bloomsbury, a part of London that was being converted from waste land to a favoured residential quarter. For the first time people who were not members of the Church of England were given a chance of acquiring higher degrees at an English university.

In the nineteenth century Bloomsbury became an intellectual powerhouse for England. The existing order was critically reviewed, there was a reforming agenda, and a search for spiritual orientation took various forms. John Bate Cardale, the first Apostle of the Catholic Apostolic Church, lived next door to Charles Dickens, the world famous novelist and social critic. And only a few minutes’ walk away the new church building for the central church was inaugurated in Gordon Square in 1853.

Manuscript from the archive in Hamburg

Shepherd Henke, a member of the work group “History of the New Apostolic Church”, was invited by Professor Rosemary Ashton, who is in overall charge of the project, to contribute an article on the church in Gordon Square. For this, he could make use of manuscripts kept in the church archives in Hamburg. Together with some of Apostle Cardales descendants Shepherd Henke took part in the final project conference and the ensuing reception in which the website was formally opened (Photo). A private gathering followed in which there was a lively discussion of issues relating to the Catholic Apostolic Curch as well as to the New Apostolic Church.

Dr Tim Grass, author of a forthcoming biography of Edward Irving, gave an address on “John Bate Cardale, Bloomsbury Apostle”. In the course of an earlier conference Barbara Waddington, archivist at the Presbyterian church in Regent Square, that had been closed to Irving in April 1832, had given her view of Irving. An alphabetical listing of streets and institutions gives further information on themes that are of interest for students of the Catholic Apostolic Church and its history, in particular. In Britain the New Apostolic Church is usually considered the direct continuation of the Catholic Apostolic Church. Thus Professor Ashton insisted that Shepherd Henke’s article should refer to connection between both churches.