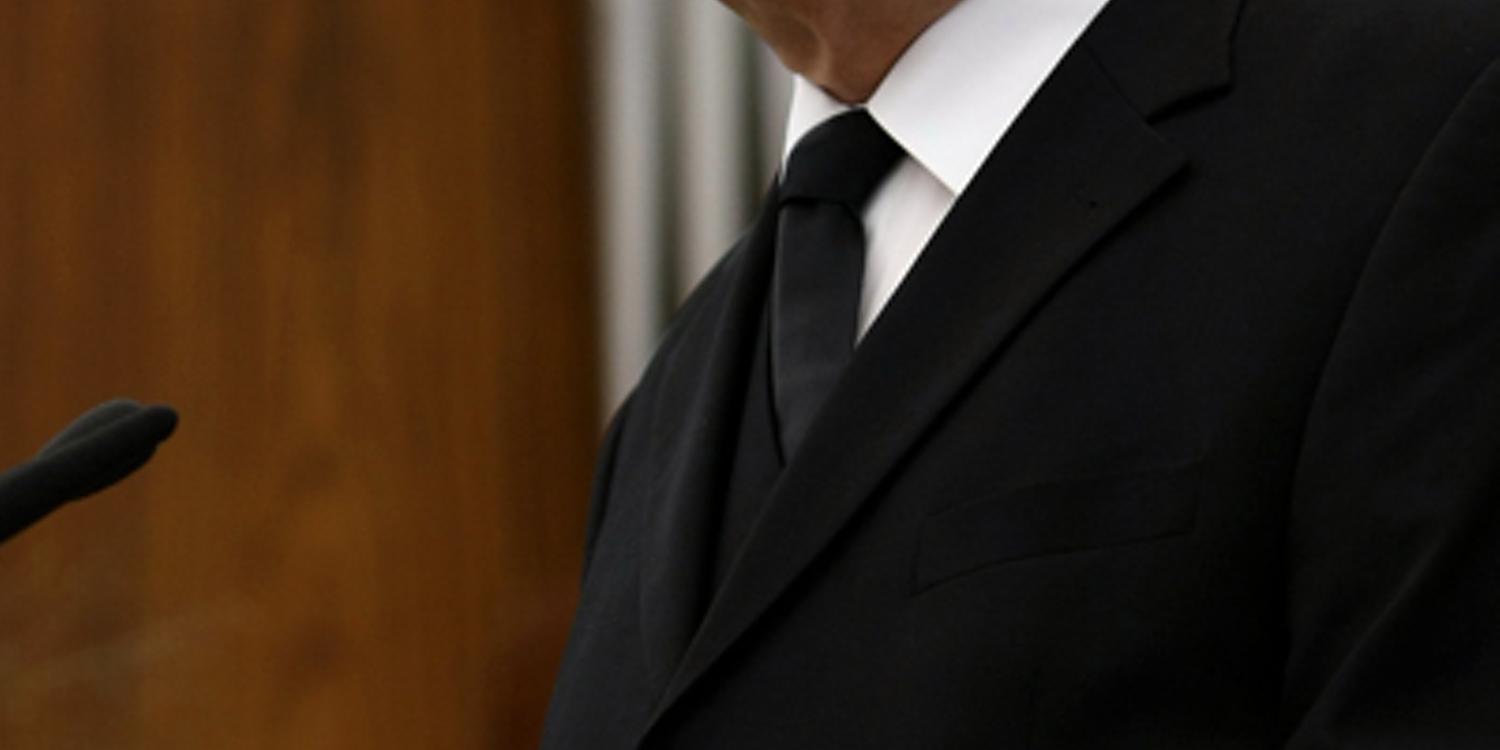 Zurich/Frankfurt. The Thanksgiving Day service in the New Apostolic congregation of Frankfurt-West with Chief Apostle Wilhelm Leber was adorned with several special accents all at once. On the one hand, the international Church leader drew attention to the special festive day on the church calendar: Thanksgiving Day. On the other, he commemorated one of his predecessors in ministry, the long-serving Chief Apostle John Gottfried Bischoff, who had resided in Frankfurt and had led the Church for over thirty years.

“The fact that all of this has now come together in Frankfurt was not at all planned.” After all, Chief Apostle Leber is closely connected with the metropolis on the Main, and in particular with the congregation of Frankfurt-West. It was there that he was confirmed, and it was in this congregation that he and his wife received their wedding blessing. It was also there that he received his first ministry in the Church. “These are things you don’t forget,” said the Church leader at the start of his sermon.

The tone of the divine service was set by a passage from Psalm 57:7: “My heart is steadfast, O God, my heart is steadfast; I will sing and give praise.” Chief Apostle Leber noted that Thanksgiving Day is an outward expression of thankfulness, and then went on to say: “But we know that this should not be limited to a single day.” Rather, he pointed out, this feeling was to become a defining attitude of the soul and of our lives. Many people, he said, take a moment on this day to express thanks for that which the Lord has laid into the natural creation. “But our perspective goes beyond the natural. We rejoice over many more things which we know and feel the Creator has set into motion.”

In other thoughts, Chief Apostle Leber honoured one his predecessors in ministry: Chief Apostle Johann Gottfried Bischoff.  The latter had been at the helm of the Church for thirty years, many of them during and after the war, which was not always easy, but rather a monumental task. The Chief Apostle at that time not only preached but also exemplified that which he taught: “Even from the surroundings here I know of many who knew him personally, and they are well aware that he conducted himself exactly in line with that which he brought to expression in the divine services. It was in this manner that he set his example.” It is striking how strongly he concentrated his efforts on the perfection of the bridal congregation and how he focused his attention on the return of Jesus Christ.

Chief Apostle Leber also went into the deceased Chief Apostle’s 1960 announcement, which has since become known as his “Botschaft” (“message”), namely that the Lord Jesus would come during his own lifetime. He noted that he would not be able to give an all-encompassing tribute to the Chief Apostle’s work, as this would have to be done on another occasion. “But I would nevertheless like to highlight one particular aspect in order to make it clear where we stand on the matter today.” At the start, the then Chief Apostle had taken a rather moderate attitude and left it up to the members whether they wanted to believe in the “Botschaft”, but “later on the situation unfortunately worsened,” said Chief Apostle Leber. Belief in the “Botschaft” became a precondition for ordinations and sealings. “That was not good.” As a result of this, the “Botschaft” was accorded far too much importance in the scheme of things. He expressed regret where believers felt dismissed, or restricted or negatively affected by this in their lifestyles. “I apologise for this to those who were affected.”

In conclusion however, the incumbent Chief Apostle also made it clear that “I do not want the ‘Botschaft’ to define the entire tenure of Chief Apostle Bischoff.” Despite all imperfections, his predecessor had looked up to the Lord in the fear of God and taught the congregation what it means to wait for the Lord. “And that will remain.” 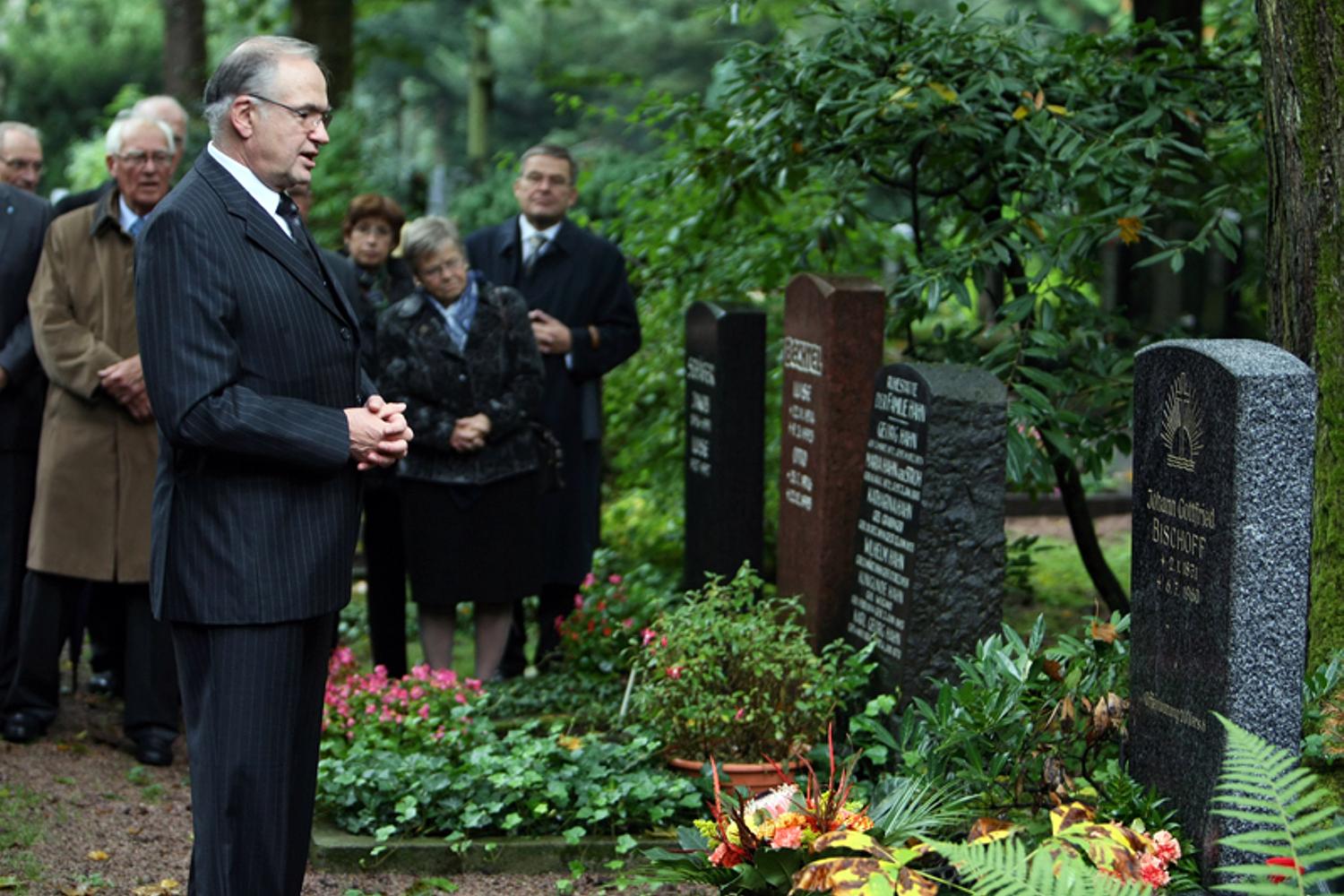