Impressions from a trip: the Chief Apostle in the Philippines

Manila. Several months of preparation preceded this visit, writes District Apostle Urs Hebeisen in his travel log. On Thursday, 2 July he and a number of other ministers awaited the arrival of the international Church leader, Chief Apostle Wilhelm Leber, at the airport of the Philippine capital of Manila. That same day the travel agenda included a family visit and a youth gathering.

Chief Apostle Leber had allocated six days for his journey to the Philippines. District Apostles Johann Kitching from South Africa and Leslie Latorcai from Canada accompanied him on this trip. The first divine service of the visit took place on Friday evening in the congregation of Makati. In addition to the local congregation, many functionaries and representatives from the rest of the large District Church of South East Asia had also been invited.

In the afternoon, Chief Apostle Leber visited the American military cemetery in the Philippines, where thousands of people had found their last resting place. Endless lists of names testified of the dramatic circumstances under which young soldiers had lost their lives here during the Second World War. The Church leaders gathered for a moment of heartfelt prayer.

Afterward there was a divine service in the congregation of Makati. Over 600 participants were there to personally enjoy the visit of their Chief Apostle. At the end of the service, Bishop Azarias was given a festive retirement after having served in ministry for many years.

Saturday was a day of travelling, as the Chief Apostle and his companions made their way to Bacolod in the province of Negros. This island is home to the majority of New Apostolic Church members in the Philippines. After a delay of seven hours, the travellers finally reached their destination—still early enough to assemble all the Apostles who work in this District Church for a conference. The Chief Apostle called upon them to “be enthusiastic!” “The gospel is like fire—it wants to spread!” He went on to express that the ability to be enthusiastic constitutes a necessary characteristic of the Apostle ministry.

The service for the departed took place on Sunday morning in the Bago City Coliseum. Over 5,000 participants gathered for the divine service, some of whom had travelled great distances to be there.

On Monday there were more stops along the way for the international Church leader. He travelled from Cebu to Davao, and then from Davao to Panabo, where another large divine service had been scheduled for the congregations on Mindanao. This divine service also included a festive ordination: Bishop Leonilo Desoloc (47) received the Apostle ministry. He will care for the congregations in the north and west of Mindanao.

District Apostle Hebeisen is delighted over the visit of the Chief Apostle. Three festive divine services, lasting impressions upon many members, and the ordination of an Apostle: “May the effects of this visit endure for a long time to come, and may the blessing of God be with us!” 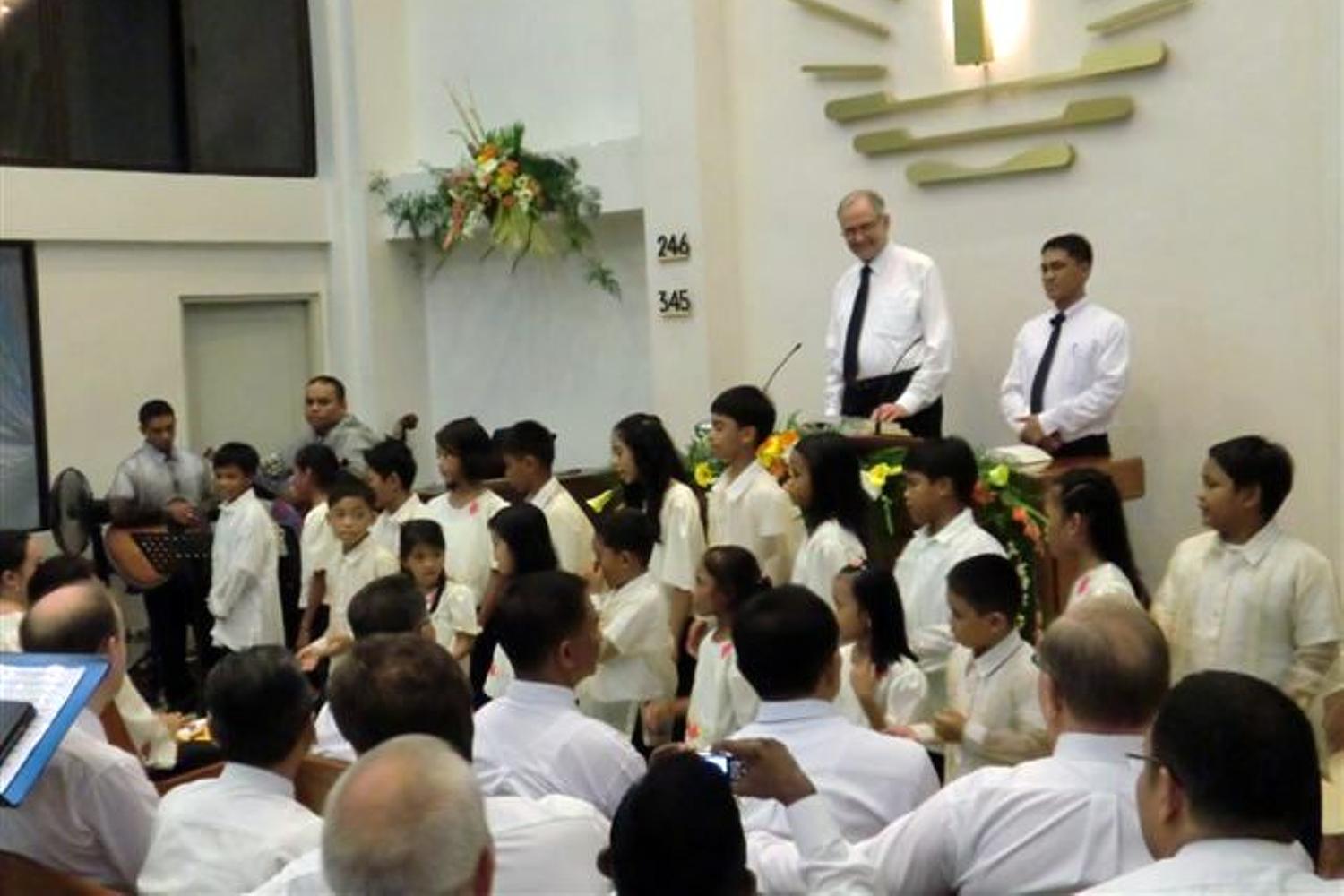 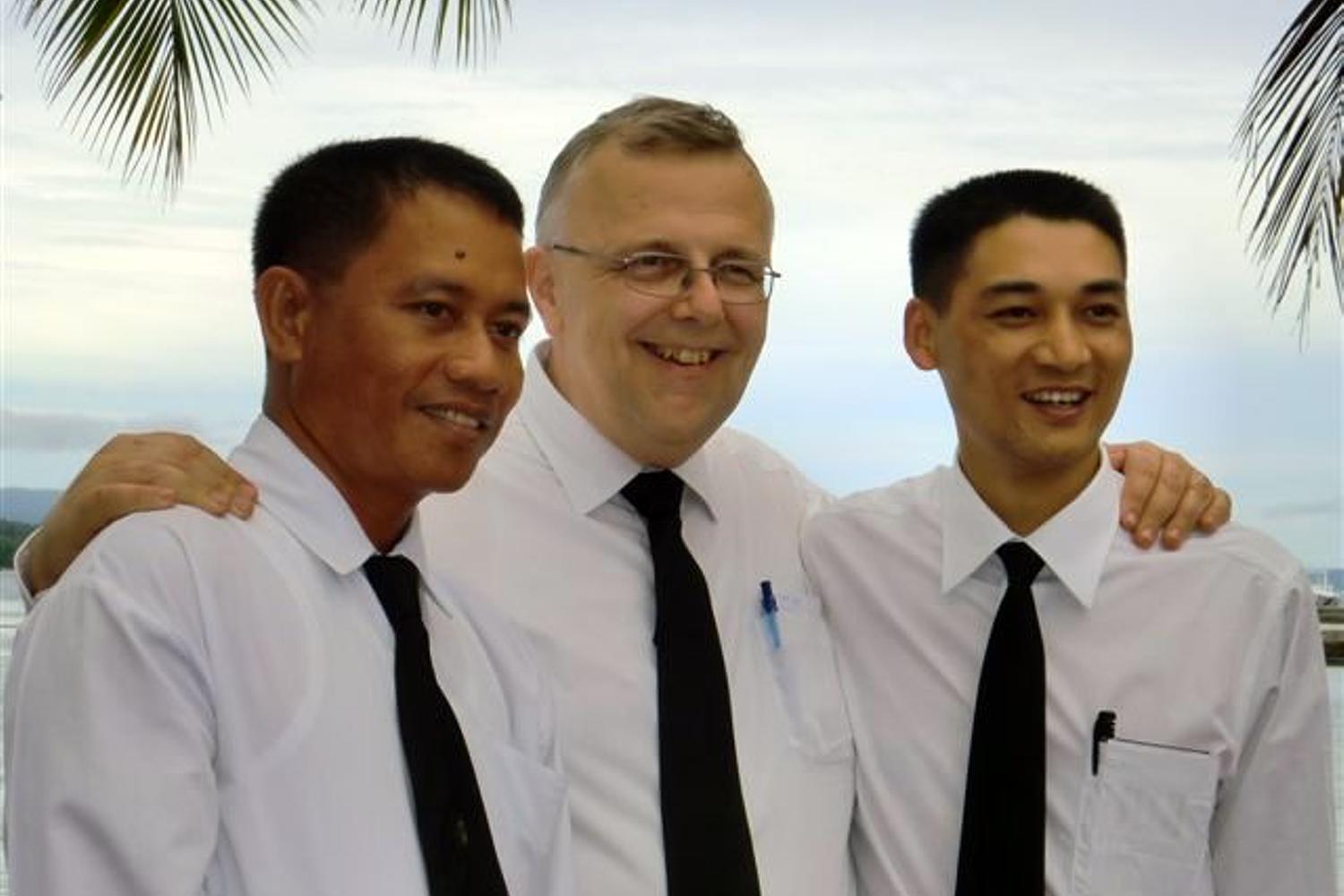