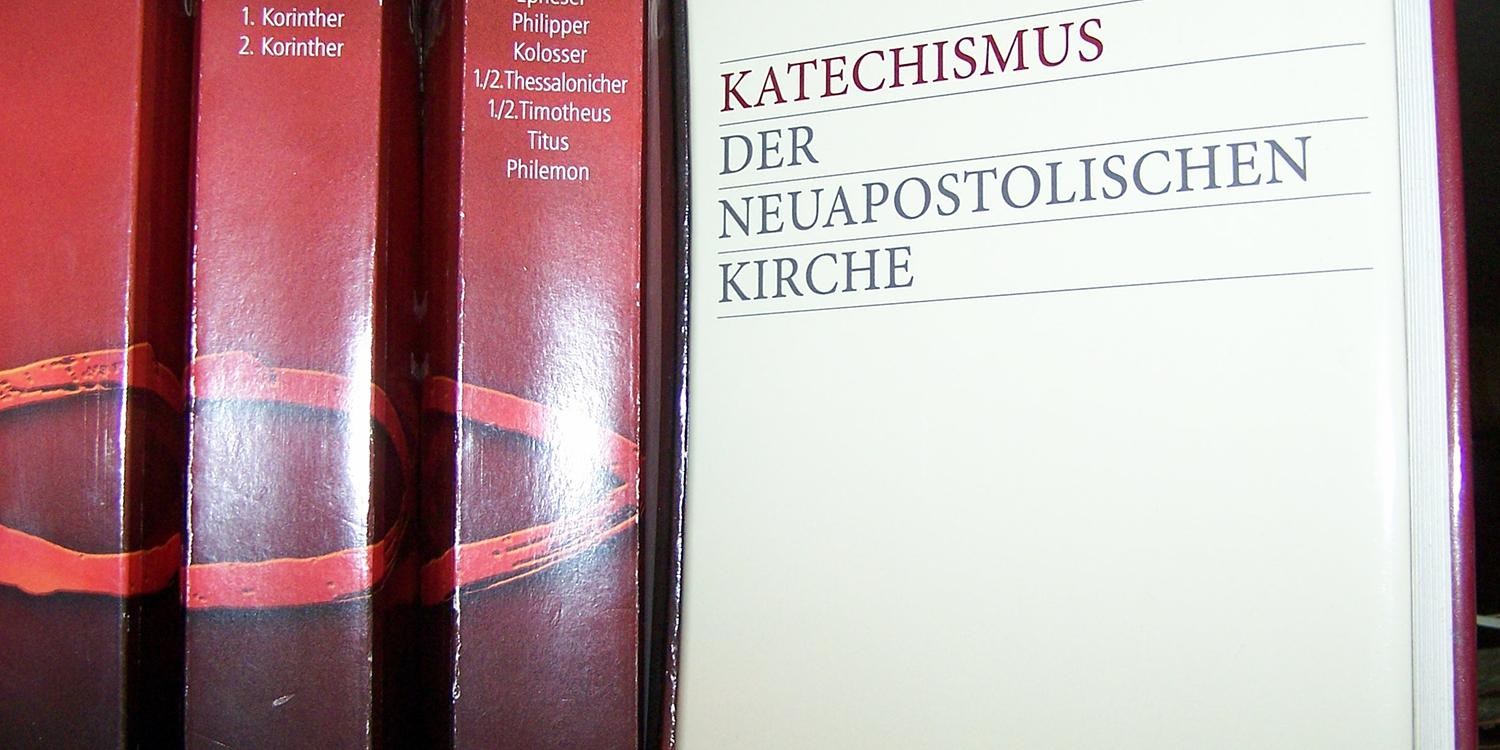 Catechism of the New Apostolic Church to be completed shortly

Zurich. Chief Apostle Wilhelm Leber, the leader of the New Apostolic Church International, has announced that work on the content of the Catechism of the New Apostolic Church should be complete by early summer 2010. “I am happy that our Catechism is nearly complete after seven years of intensive effort. I would like to express warm thanks to all Apostles and members involved in the production of this work,” said the Chief Apostle.

In a press release issued by the New Apostolic Church International, the Church leader emphasises: “It is important to me that members be informed in a timely fashion about the contents of our Catechism parallel to the translation and printing of the textbook.” Accordingly, the revised creed of the Church was already published in the more than 64,000 New Apostolic congregations around the world and on the internet at the beginning of June.  Beyond that, the “Our Family” Church magazine will further explain and expand upon the Articles of Faith and other subject matter from the Catechism starting in August 2010.

The press release goes on to note that, in order to ensure that the print version of the Catechism can be published simultaneously around the globe, it will still be necessary to provide translations of the work into the main languages of the Church, which is a time-consuming process. In addition to the German version, the Catechism will also appear in English, Spanish, French, Russian, and Portuguese. The translation work is complex and requires a great deal of time. “In the English language alone, for example, one must take into account over twenty variants of certain idiomatic expressions. For this reason, the print version of the Catechism will only be available by the end of 2012 at the earliest.”

Dialogue about the doctrine

Already in July 2010, a central e-mail address will be available for questions - from both members and other interested parties - about the published topics. These questions will then be collected, grouped together, answered by the responsible Project Groups, and posted in a FAQ database. Various opportunities for ministers and functionaries of the Church to receive training on the content of the Catechism are also being planned. These will be on offer as of January 2011 by the respective District Churches. In addition to events purely devoted to information-sharing, workshops incorporating discussion and interaction are also planned.

It will be up to the individual District Churches to create opportunities for both internal and external exchange and conversation, depending on the local circumstances and opportunities. “I encourage everyone to engage in conversation about our doctrine and in faith-based dialogue. In the process there will certainly be various opinions and interpretations. What is important to me here is that we engage in open and mutually respectful dialogue defined by the love of Christ,” concluded Chief Apostle Wilhelm Leber.