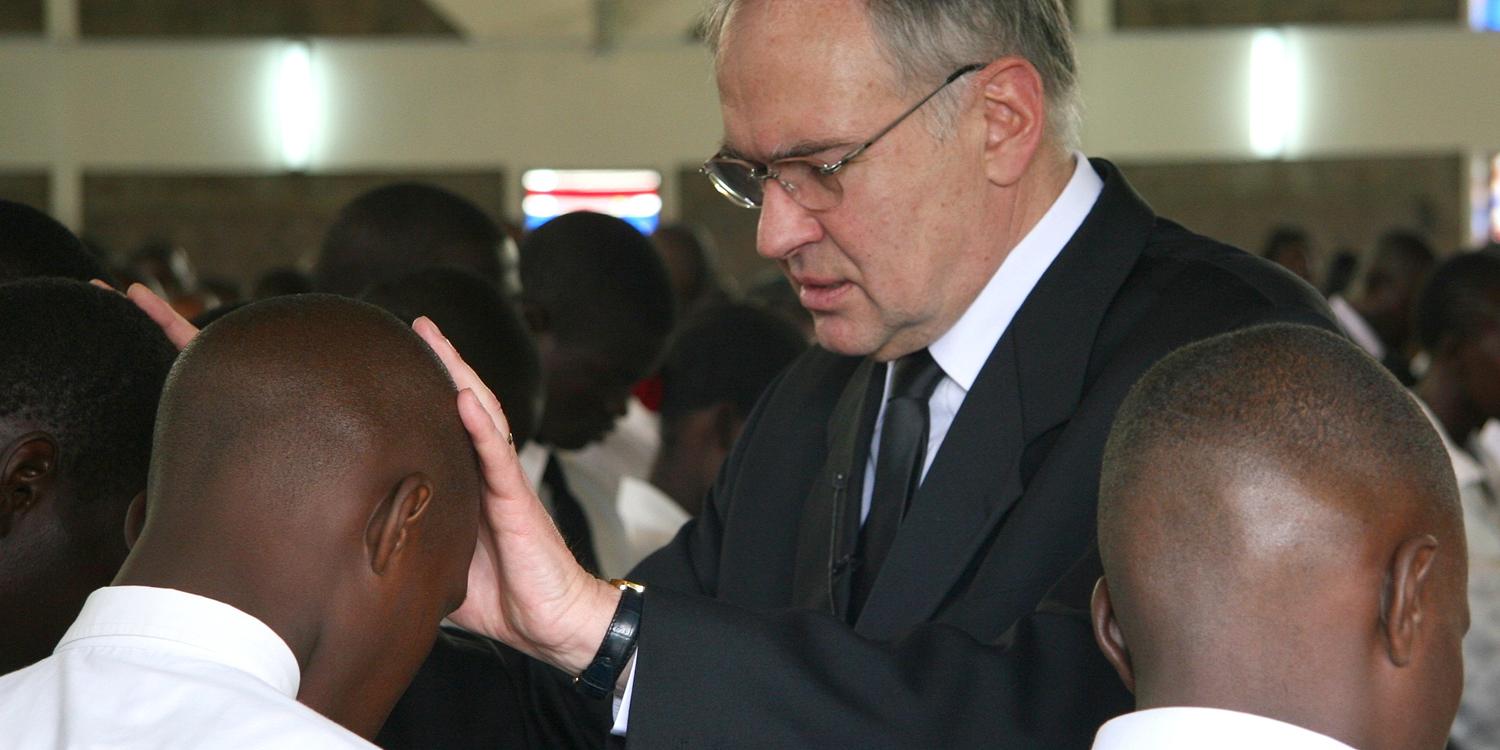 A Pentecost greeting to the whole world

Zurich/Berlin. This year’s Pentecost service with Chief Apostle Wilhelm Leber will take place in the Berlin congregation of Lichtenberg from where it will be transmitted to over 70 countries around the world and translated into a multitude of languages. Many congregations on all continents will be able to witness the festive divine service live via satellite or the internet. All European Apostles have been invited to Berlin for this occasion.

The Pentecost service of 2008 will also bring with it an important new development: for the first time ever, the German-speaking congregations will pray the Lord’s Prayer according to the text contained in Matthew 6: 9-13 according to the Luther translation of 1984. As of Pentecost, the English-speaking congregations of the Church will also begin using a new formulation for the Lord’s Prayer, namely that contained in the New King James version of the Bible. The Chief Apostle had already informed his brothers and sisters of these changes by way of a letter to the congregations on Easter Sunday.