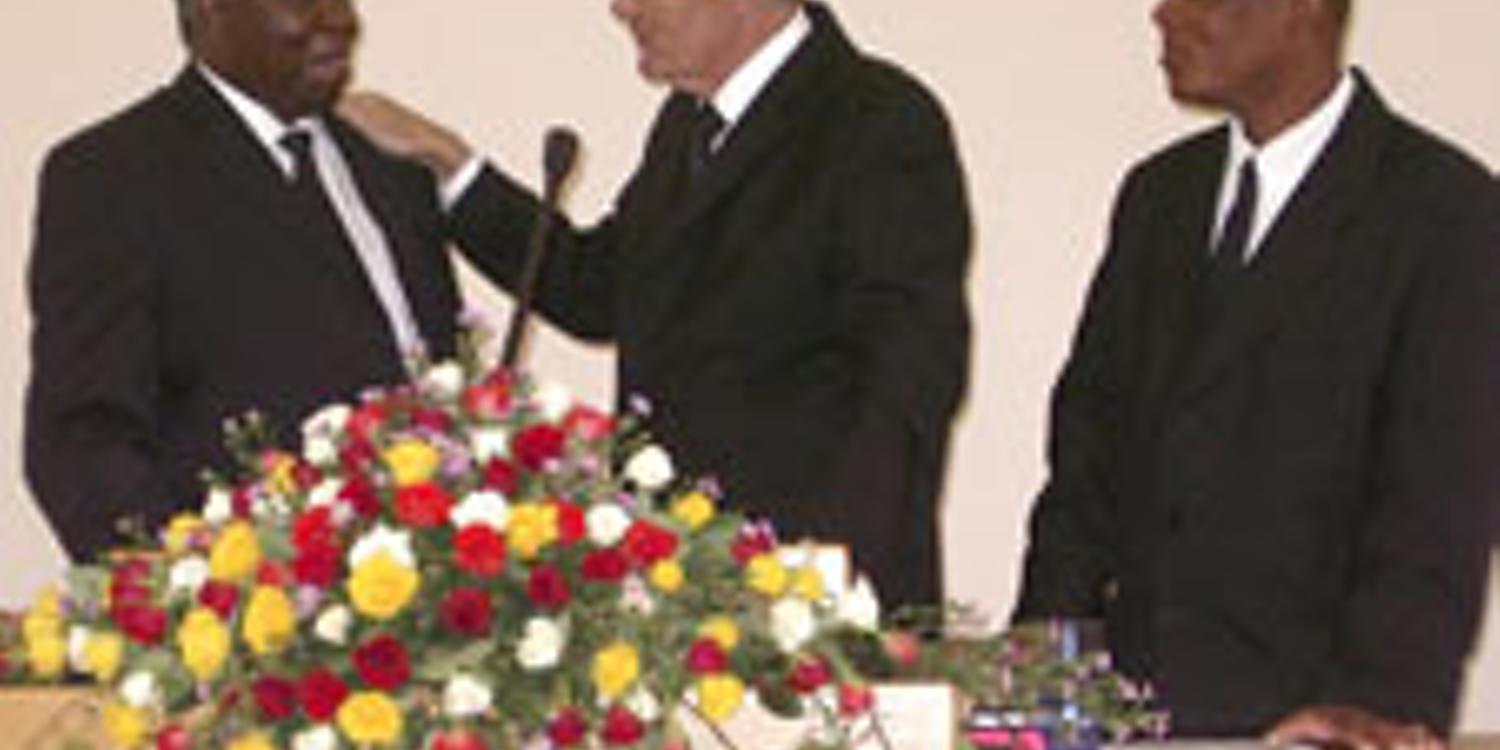 Johannesburg. With a festive divine service at the end of April 2007, District Apostle Johann R. Kitching, the leader of the New Apostolic Church of South East Africa, handed over the official leadership of the country of Zimbabwe to his colleague, District Apostle Charles S. Ndandula. The District Church of Zambia has thus assumed the organisational and pastoral care work of this neighbouring African republic, which is home to some 12.5 million people.

There are several reasons for this official transfer. For one thing, the political relationships between the countries of Zimbabwe and Zambia have been stable and positive for years. In addition, both District Churches had already been incorporated into a single Church District in the past, and there are still good contacts between their respective Church administrations. The Zambian District Church will also be able to better support the extensive construction efforts of the New Apostolic Church in Zimbabwe.

At present there are around 18,500 Church members in 155 congregations throughout Zimbabwe. Nearly 1.3 million people profess the New Apostolic faith in Zambia.

Read our report on the website of the NAC South East Africa.