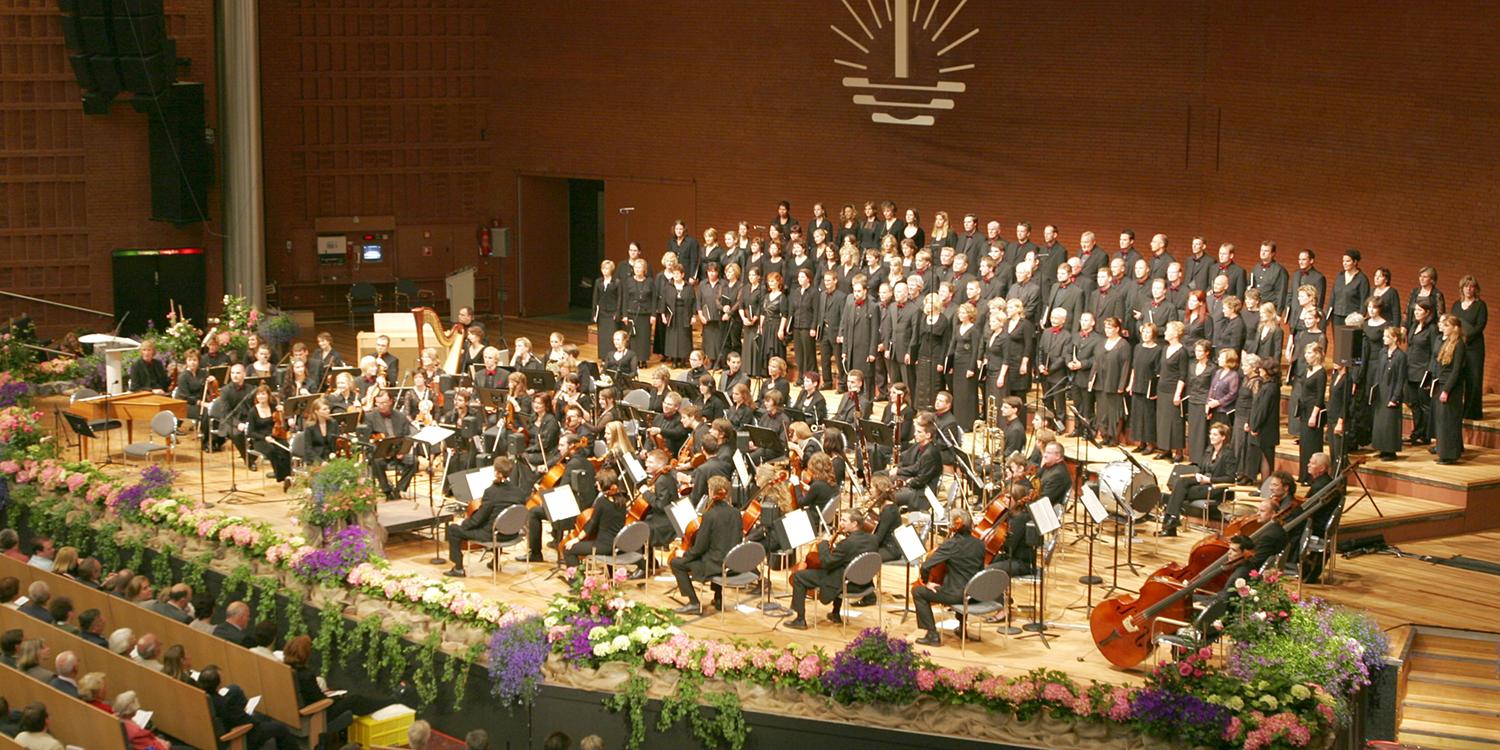 Hamburg. Some 2,500 listeners expressed their unanimous enthusiasm by rewarding singers and instrumentalists with enduring, thunderous applause at the end of a performance they had put on in Hall 1 of the Hamburg Congress Centre. On the Saturday before Pentecost, the approximately 70-piece “Hamburg Orchestra” and the 100 members of the “Project choir of the New Apostolic Church of Northern Germany” had organised a concert to set the mood for Pentecost through music.

In addition to many brethren and guests from all over Northern Germany, the international leader of the New Apostolic Church, Chief Apostle Wilhelm Leber, along with his predecessor, retired Chief Apostle Richard Fehr, and all District Apostles and Apostles of Europe, had gathered in the Hamburg Congress Centre for the special event.

The rich and varied program included everything from Baroque to contemporary pieces, and incorporated purely choral or instrumental performances as well as mixtures of both. The audience heard works created for small audiences, such as the “Little spiritual concert” for soprano, cello, and harpsichord by Heinrich Schütz, as well as more potent pieces like the powerful conclusion taken from the 114th Psalm “When Israel came out of Egypt” by Felix Mendelssohn Bartholdy.

Throughout the entire concert, both choir and orchestra - under the direction of Björn Leber and Jörg Michael Paul - gave a performance that demonstrated not only the great level of ability that had resulted from their intensive practice, but also a great joy in music.

In his concluding address, Chief Apostle Leber thanked everyone involved, and stressed particularly that the praise of God, articulated in the lyrics of many of the hymns performed, truly reflected the character of the Pentecost celebration. 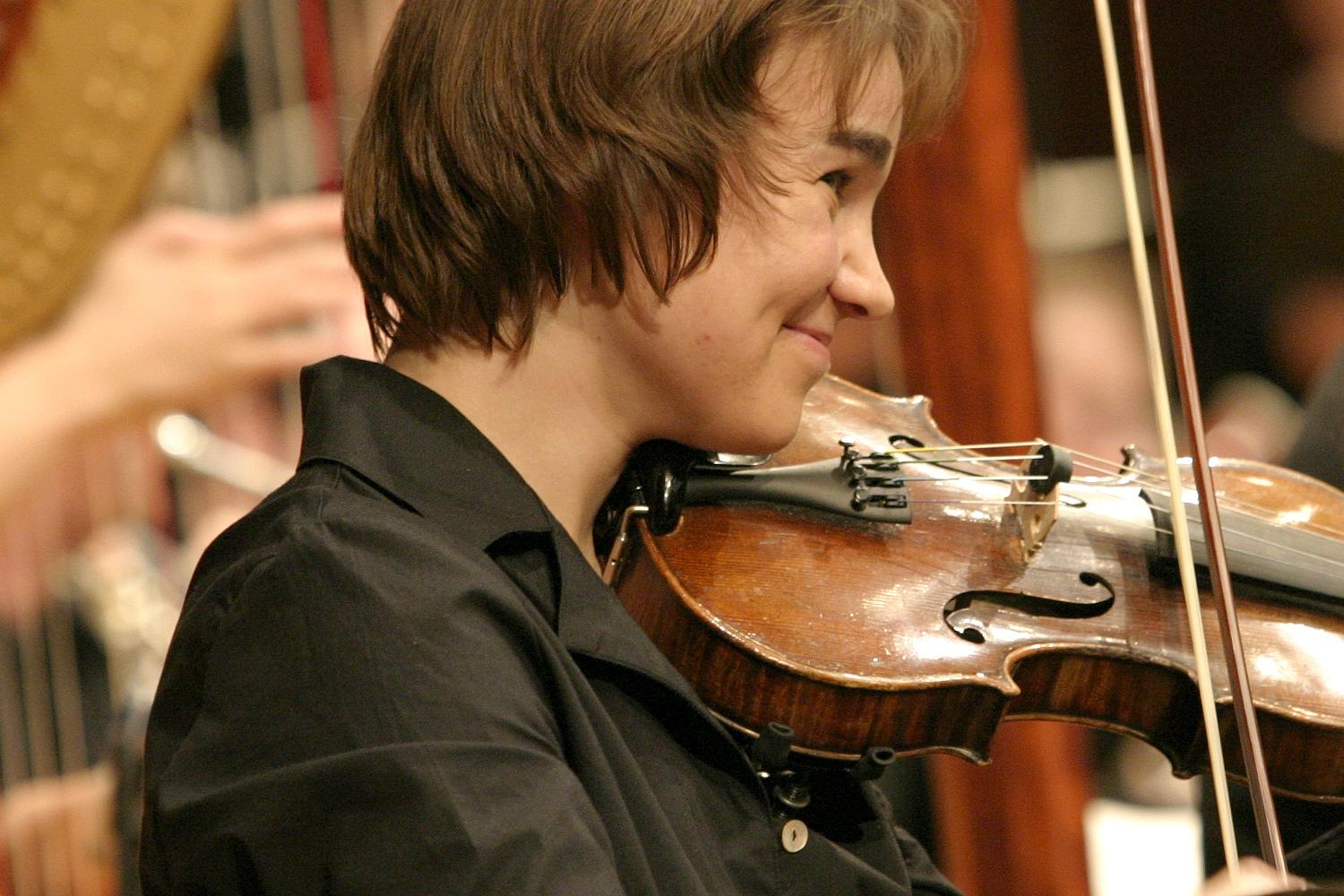 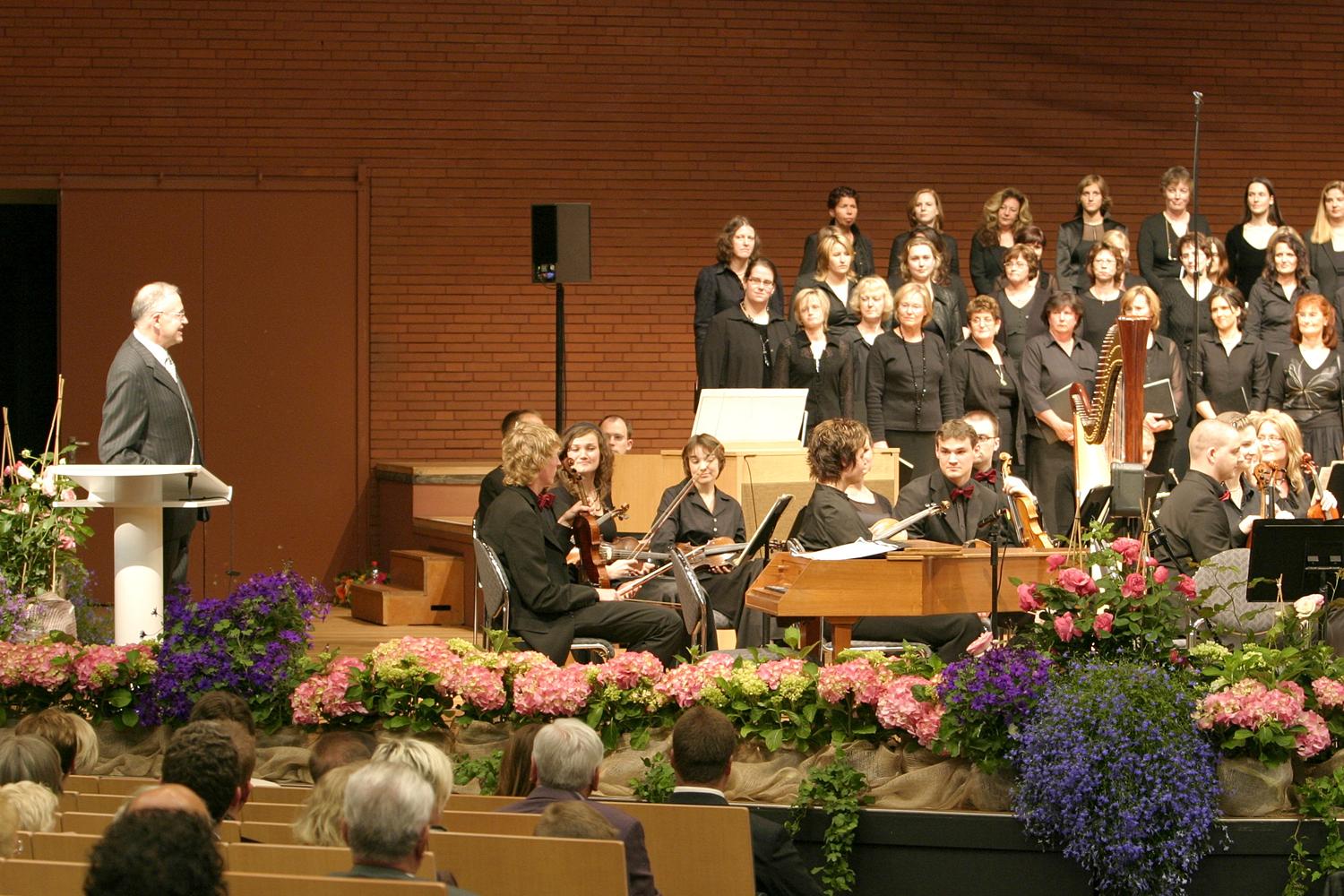